We’ve become used to high levels of housebuilding but its growth looks like flattening out, or faltering

In recent years the housing market has become an increasingly critical element of new building work in Britain, with the once vibrant commercial sector failing to rebound after the global financial crisis.

In 2009, new home building accounted for 28% of all new construction work excluding infrastructure. When the final figures come in for 2019, it is likely to represent almost 50%.

After dropping below 150,000 between 2010 and 2013, the rate of new homes built annually in Great Britain has risen strongly to more than 240,000 a year (Chart 1). Growth has been greater in England than in Wales and Scotland, with big surges focused on the areas in and around London, Birmingham and Manchester.

We’ve become accustomed to high levels of housebuilding, but what lies ahead for the sector in 2020? Will the bubble burst? Will it be full steam ahead?

The first thing to note is that the private sector dominates housebuilding and its prospects largely determine the overall number of homes built.

The data for private versus social housing are regarded as indicative rather than accurate, but they suggest that about 80% of new homes built are private sector. Furthermore, a large slice of social housing built relies on funding from Section 106 agreements on private schemes while another slice is funded through cross subsidies made by housing associations from private homes they sell.

This means private sector market activity tells us most of what we need to know about the direction of housebuilding overall – although this is becoming less so as the tenure mix of new-build homes is becoming more varied, notably with the growth of private build to rent.

Multiple factors influence the housebuilding sector, but in seeking likely short-term prospects, we might whittle these down to three.

First, we can gauge the pattern of underlying demand from the level and trend of turnover in the market and mortgage approvals over recent years. Second, house price inflation and expectations of house prices give us a clue to the risks and opportunities in buying or selling a home. Third, expectations in the wider economy, particularly with respect to employment and wage growth, will offer hints of confidence among buyers.

It’s also helpful to look at regional patterns within the housing market, as aggregated national data can easily disguise important trends that help us understand the dynamics of the market.

More buyers in the overall housing market drive the demand for new homes. For almost 50 years the pattern has been that about one in 10 of the homes privately sold has been new build. But recently, with Help to Buy, the ratio has understandably swung in favour of new builds and seems to have boosted them by about 20%.

Looking at the number of buyers in Chart 2, we see it has been steady since about 2013 when Help to Buy was introduced. So, it is not unreasonable to assume that the growth in housebuilding since late 2013 has been heavily influenced by Help to Buy and increased levels of non-private housebuilding. The statistics suggest the annual rate of homes built for housing associations and local authorities has risen by almost 50% since hitting a low in mid-2013.

Turning again to Chart 2 we see that transactions and mortgage approvals, although broadly stable, have flagged recently, sitting about 1% down on 2018. Looking forward there is little to suggest a burst of activity. This is certainly the view of the economists at the RICS which expects transactions to hold broadly stable over 2020.

This raises questions. Where does further growth in housebuilding come from? Will home building fall when Help to Buy price caps are introduced in April 2021? What happens when and if it ends? If housebuilders expect sales to fall in 2021, this could prompt a slowdown in production in late 2020.

Taking a regional view, it is clear from Chart 3 that the growth in home sales in recent years has been heavily skewed to the North.

On prices, the picture is clear, as we see in Chart 4. At a national level, while nominal values are rising slightly with average annual house-price inflation just below 1%, in real terms they are falling slightly, with general inflation nearer 2%. The slowdown in house price inflation since mid-2016 that was most apparent in London has spread to all regions, with the Yorkshire and Humberside, the North West, Scotland and Wales holding up slightly better than the average.

Builders will look for signs of a post-election bounce with the hope that a greater sense of certainty might lift confidence, boost demand and stiffen prices. But if prices remain low this will lessen the appetite to open new sites.

As for wider economic prospects, the latest Treasury compilation of independent forecasts suggest GDP will remain weak, dipping below 1% this year and staying below 2% through to 2023. Unemployment, however, does not appear to be an issue of concern among forecasters. They expect a small rise from what are historically low levels.

There is some optimism in wage growth, which has been poor since the recession. The forecasts suggest nominal growth of above 3% through to 2023 and staying a clear 1% above the rate of consumer price inflation.

Expectations for house price inflation is a gentle rise to 2.2% this year which will see prices rise to 3% or above in the following three years.

Pulling all the above into a coherent whole, the general picture seems to be one of stability with housebuilding numbers likely to flatline, possibly slightly up, possibly slightly down. But at this point it’s worth taking a wider view.

Housebuilders have seen the level of activity weaken markedly over the past 18 months or so. As Chart 5 shows, net reservations have been negative compared with a year earlier for some while. This data from the Home Builders Federation is a measure derived from a balance of firms reported, so is indicative of ‘widespreadness’ of declines among the respondents rather than the extent of any decline.

Looking at the latest ONS housing starts data, there has been a fall away in the numbers – and NHBC data suggest a drop in the number of homes under construction as of October 2019. So there is inherent weakness in the pipeline.

While the economic consensus may be relatively benign, the potential remains for serious potholes to appear in the path as we move to finally severing our ties with the EU. These cannot be foreseen.

While a broadly flat housebuilding market in 2020 seems the most likely outcome, the risks remain skewed to the downside. It is worth keeping a sharp eye out for potential pitfalls. 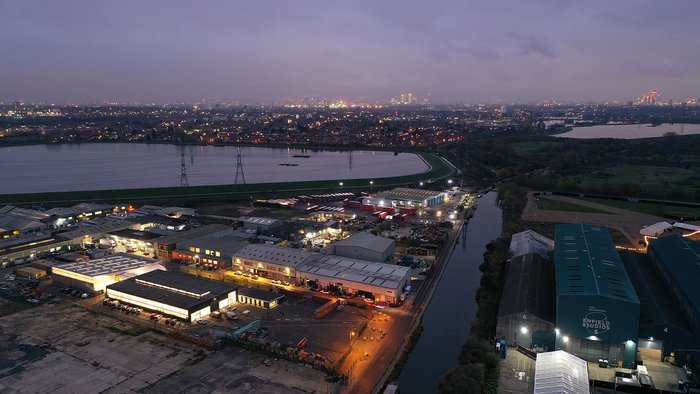