Will the upheaval in England’s public housing of the last 30 years be repeated over the next three decades? 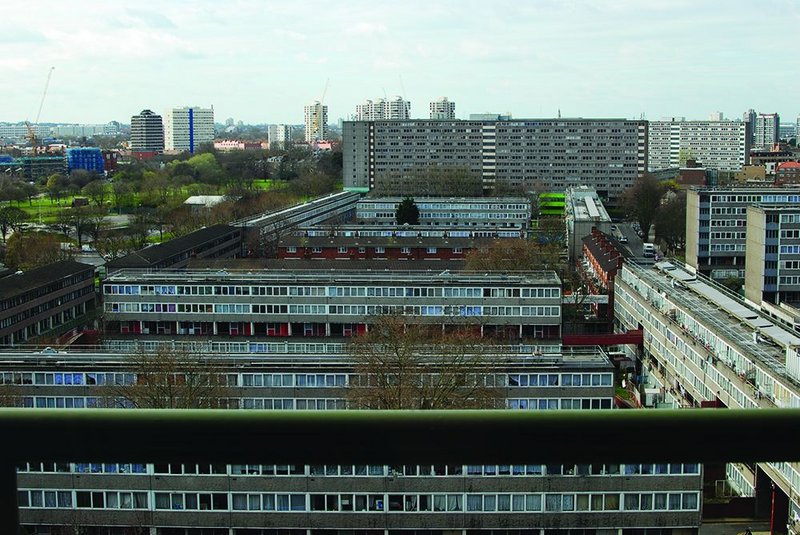 Overview of the Aylesbury Estate in London’s Elephant and Castle, 2,704 council dwellings built between 1963 and 1977 and site of Tony Blair’s first speech as prime minister.

Perceptions of social housing have changed out of all recognition over the last 30 years. In the 1970s nearly a third of households lived in what were then rightly regarded as high quality, low rent housing. At the same time the perception of the much smaller private rented sector was that, apart from the top end, it provided poor quality housing with high rents for those unable to access social renting or owner-occupation.

Then four major changes happened. First, financial deregulation meant far larger numbers were able to obtain a mortgage. Policy supported this move to owner-occupation through Right to Buy, which allowed better off tenants to buy their own homes, and the government shifted allocation rules towards more vulnerable households through the Homeless Persons Act and other guidance. But perhaps most importantly, life expectations increased rapidly, so we are now housing four generations rather than three – with large numbers of older people continuing to live in secure, social sector homes.

Lower demand from better off households and a rise in vulnerable and poor households needing support means that social housing is now perceived more as the sector for the elderly and inactive of all ages living in aging accommodation. Moreover, even though most estates are multi-tenure and a great deal of investment has been made to bring dwellings up to decent standards, a significant proportion of the stock is seen as old fashioned at best and barely habitable at worst – especially in lower demand areas.

Will the next 30 years see a similar change in the scale and role of the sector? Will social renting be replaced by much more diverse provision? And will there still be some form of social housing for those that need it?
What do we actually mean by social housing? Traditionally, it was local authority owned and built on land they already owned. Since 1988 new building has been the province of independent social landlords with capital subsidies. A lot of local authority housing has also been transferred to these landlords. In the last few years it has become possible for purely private providers to enter the sector, so there are many more providers. The definition is moving away from ownership to subsidy and allocation.

Over the next 30 years we may well see more privately owned and financed housing which will take over the role played by social housing. However, existing providers have large capital assets which should enable them to compete effectively and to maintain their social mission, although with much more emphasis on efficiency – and some real incentives to move back into the lower income employed segment.

Demand and supply
The size of the social rented housing stock in England has declined by some 1.5 m units since its peak of 5.54m in 1979. As a result it now accounts for some 17% of the housing stock, down from 20% in 2001 and 31% in 1979. This is due to Right to Buy which saw almost 2 million social sector dwellings sold to their tenants, and to the massive declines in output from peak levels of nearly 150,000 units in 1968 as compared to little more than 10% of that number in the mid-2000s. Will these trends continue?

In terms of numbers, social housing has proved quite resilient over recent years, running at nearly 4 million units since the mid-2000s and indeed increasing in the last couple of years because new build has held up better than private since the financial crisis. With the political emphasis shifting toward getting as much new investment as possible and the main lever available being publicly owned land, this tendency could well be maintained for a significant period. So the main threat is further sales to tenants – but the make-up of the sector in terms of ownership and tenants makes this much less likely now, and there is little sign of significant take up under current conditions. 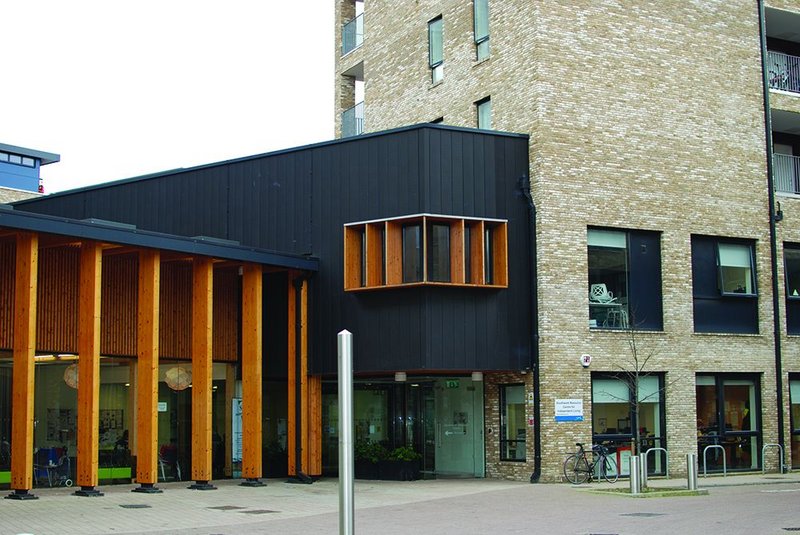 The Southwark Resource Centre for Independent Living, which replaced the 1975 Aylesbury Estate Day Centre and is considered a symbol of the area’s regeneration.

The scale of social renting in England is mirrored in other European countries which are seen as stronger welfare states than the UK. Denmark, France and Sweden are all within a couple of percentage points and only the Netherlands stands out as having a far higher proportion of social rented housing. This suggests it is unlikely that the social sector will do much more than hold its own in proportional terms – but the large scale of existing assets owned by independent landlords gives it potential to maintain current levels.

Local authorities have regained their powers to build, but are likely to do this in partnership with housing associations and other stakeholders – providing land and keeping equity involvement in the housing provided. Capital subsidies have been heavily cut, raising ‘affordable rents’ to up to 80% of market levels. Providers can undertake new investment by obtaining more debt finance against the higher rental income stream – but it also raises major issues around affordability.

A number of initiatives are being put in place to enable time limited covenanted private rented sector housing to be provided, some of which may be at sub market rents. Finally,  there is increasing interest in social providers moving into the intermediate market to provide for those who need only shallow subsidy, but also into pure private provision with good quality management and more secure tenure.

Together, these tendencies suggest much more integration across the rented sector but a greater mix of rents and conditions, from short term market housing; more secure but still market-based provision; affordable rents and low cost home ownership for lower income employed households; and more traditional social housing for the lowest paid and welfare dependant households.

The size of the social rented housing stock in England has declined by some 1.5 m units since its peak of 5.54m in 1979, now accounting for some 17%

Germany provides one future scenario, with a very low proportion of social renting at 5% and large local authority sectors in the east sold off to private equity to help pay for other local authority services and bring some existing stock up to modern standards.  In reality, it has a far higher proportion playing a social sector role, including time-limited subsidised housing which continues to be let on similar terms.

Some providers in England will almost certainly go down this route – but again the scale of capital assets available is likely to mitigate against extreme privatisation approaches. In this context England is more like the Netherlands, where the Housing Associations have built up significant capacity to operate independently from government.

So yes, the role and structure will change by greater diversification of ownership; of rents; of tenure conditions; and of finance. But the need for some sort of support for perhaps a quarter of all households will remain and core providers have capacity to keep operating in this sector.

Risk factors
Three interrelated risks must dominate social housing policy into the future.
First, income distributions are worsening across the developed world. This means that those further down the system, especially those without parental support, will be increasingly excluded from stable long term housing unless social housing continues to be able to provide.

Secondly, governments may try to move almost entirely towards income related subsidies rather than support through lower rents and new social investment. This means that social landlords will have to fund their own development programmes and will (like private landlords catering for lower income households) depend increasingly on the welfare regime. Third, this may simply not give enough capacity and incentive to enable investment at levels that can ensure adequate housing for all.

But there are positives:  unless the world is very different from the past, overall incomes in 30 years’ time will be at least 50%, and probably 70%, higher than they are now. So we will also want higher standards – as has proved to be the case for almost everyone over the last 30 years.

As we are already seeing as pressures rise, there will be enormous pressure on governments to increase housing output across the board – and social housing is one of the easier ways of achieving this goal.

Christine Whitehead is professor of housing economics at the LSE and senior research fellow at the Centre for Housing + Planning Research, University of Cambridge