Is it possible to successfully marry today’s needs and tomorrow’s expectations in one building design? 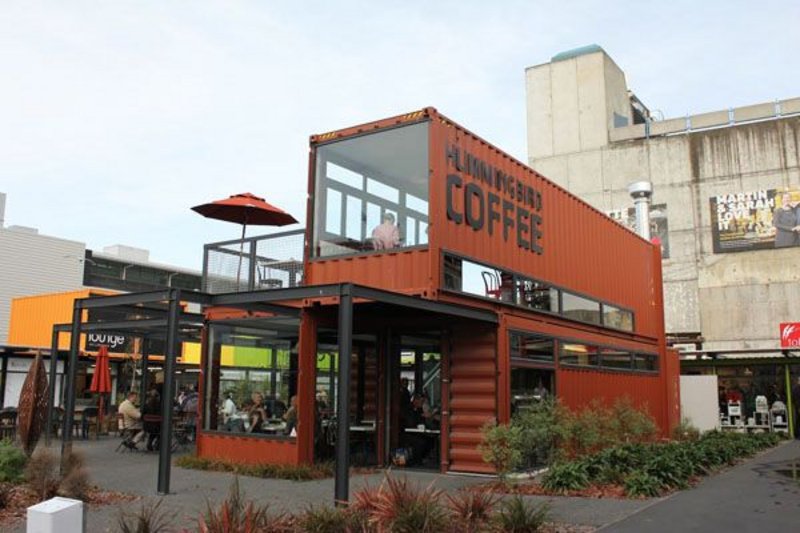 Happy to be ephemeral: The shipping containers of the Hummingbird Cafe.

As an architect, I’ve always been an evangelist for the importance of user consultation and strategic briefing. Understanding what users want is the sine qua non of any rigorous design. Take it away and it’s all just castles in the air, right? But the problem is that tomorrow’s users want different things, and buildings can be unforgiving aspic-picklers of an obsolete brief.

Buildings designed to over-tight requirements pretty soon discover their own obsolescence.  The issue with bespoke tailoring is that girths tend to expand, and suits that can’t follow the changes can only be discarded or given away. The most carefully planned brief generator for a building is hopelessly vulnerable to the black swans of organisational and technological change. Look at all those ‘60s office blocks whose 'efficient' floor to floor heights make them useless for structured cabling or mixed mode ventilation.

In his recent book Antifragility, Nicholas Nassim Taleb warns us to accept the inevitability of randomness, mess and uncertainty, and to plan accordingly. Getting things exactly right now paradoxically leaves us more exposed to unforeseen changes later. He cites Stewart Brand’s lament that modern buildings do not take into account optionality for future alterations. Examples of flexibility built into early modernist architecture are thin on the ground. The Maison de Verre was hailed for its ‘transformable plan’, a ‘highly flexible system of space division, permitting the transformation, modulation, and subdivision of the basic spatial enclosure to accommodate changes in use’ – but generally form has flowed very much from function.

After the year that saw the bobbing beacon of the DEGW brand finally absorbed into the skirts of AECOM, it’s worth reflecting on the legacy of its assiduous pursuit of the perfect brief. Duffy and Worthington and their colleagues at DEGW always understood the importance of loose fit and flexibility. The problem was that in lesser hands their workplace consultancy tools became a lazy shorthand for prescriptive and hierarchical configurations. It was all based on a quasi-scientific analysis of what different knowledge workers did. (Mobile and autonomous? third desk configuration on your right, ma'am). Before long the unintended consequences became clear. As Despina Katsikakis, ex-chairman of DEGW said recently: ‘Rather than enabling business agility and employee engagement… corporate buildings become obsolete containers that trap organisations into maintaining old behaviour, waste money and carbon and zap employee energy and creativity’. This goes to the heart of the problem of how we design for sustainable futures: you can't hold future generations hostage to the whims of the current one. Back in the experimental seventies, the doyen of participative design, Lucien Kroll, fell foul of this conundrum on the University of Woluwe St Lambert project, when he gratified the demands of a student for a 25ft high room, leaving a mess of a building for others to scratch their heads over. 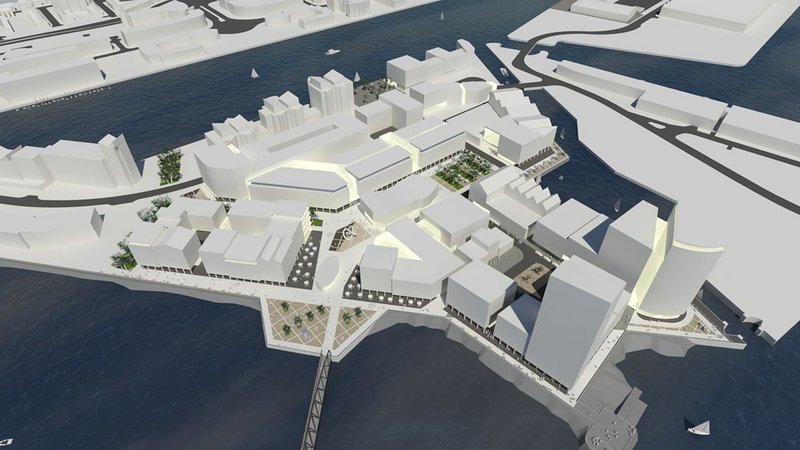 The proposed masterplan at Trinity Saint David – designed for loose fit and flexibility.

Steve Jobs was a blunt observer of the fallacy of over-sanctifying a ‘market research’ approach. He knew that asking people what they want usually gives reactionary answers. He quoted the old Henry Ford saying about 19th century burghers seeing ‘faster horses’ as the solution to their transport needs. He said, ‘You can’t ask customers what they want and then try to give that to them. By the time you get it built, they’ll want something new’.

Hold on. Surely we’re not saying that architects should ignore function and just design loose-fit form, into which various functions can be poured? No. Briefing is an essential jumping off point for design.  It’s just that the kind of intensive briefing that captures clearly understood processes, while it may be effective in the short term, is no guarantee of resilience against unanticipated change. This kind of 'anti fragility' can only be achieved by a loose fit approach, or an aggressively time-limited attitude to building fabric.

Because flexibility doesn’t just mean physical adaptability. Being flexible as a designer means accepting with equanimity that your work may not be around forever. We need to rethink our assumptions of buildings as temples to permanence. Everything in our culture from the three little pigs to the National Trust teaches us that we must build things to last. It stymies evolution. Why should the laws of supply and demand be suspended for our building stock? Imagine if we were denied the evolution from a Sinclair ZX to an iPad on the basis of sentimentality? As a society we have very little idea how to confront the end-of-life problem of our current buildings, and no programme for managed obsolescence for our future ones.

There’s nothing wrong with getting a brief right. Just don’t expect it to stay right for very long. And don’t expect it to bequeath a building the God-given right to stay there for all time. If you have no idea how people are going to use buildings in the future, what on earth do you build now? Actually the answer’s quite simple. Here’s a rule of thumb: If you need a building now, but don’t know if it’ll be used as you imagine, either make it easy to dismantle or easy to do new things in.

In a project for the University of Wales Trinity St David we are collaborating with Andrew Harrison and his Spaces That Work team to define the strategic brief for a new campus on the docks at the eastern edge of Swansea. What is emerging is a loose framework for a masterplan that is a mix of permanent and temporary structures, some owned by the university, some by others. Part of the process lies in acknowledging the fact that not all future requirements can be glimpsed from the present, and that resilience and flexibility must run like quicksilver through all estates planning.