David Marks and Julia Barfield have spent 40 years turning a derelict Georgian house into their home. Their decision to make it energy efficient offers inspiration for older buildings

These days, Priory Grove in south London’s Stockwell is a quiet, leafy residential street. On one side is a terrace of mixed architectural styles; on the other, a well-maintained park. But 40 years ago it was starkly different. The terrace was due for demolition, and Larkhall Park was the local dumping ground fenced off with corrugated iron. This was how it was in the 1970s when Julia Barfield and David Marks, now Marks Barfield Architects but then architecture students at the Architecture Association, moved into a house in the grove.

‘It was a short life property which we took on with friends,’ says Barfield. ‘It had no roof, concrete had been poured down the drains and it was largely derelict. We re-wired the whole place and the process of making it habitable gave us the practical experience that enabled us to understand how the building fitted together’.

Soon after, Lambeth Council designated the neighbourhood the Larkhall Conservation area. Over time, the friends moved on and in 1980 Barfield and Marks bought the house, adapting and extending it to match their changing lives.

Then five years ago, Barfield says they decided to make their home ‘super-energy efficient with a low carbon footprint’ and to extend and remodel it to give their family more space.

The original house had been a single aspect, three-storey building with a basement, to which the pair had added single-storey extensions at the back and the side. Under the redevelopment these extensions have been removed and the space infilled with three new floors, turning the house into a double-fronted building. The existing Georgian materials and details were replicated to create a seamless stitching together of the new and old front elevations. This aspect has been executed so well that it is difficult to see where the original house finishes and the new extension begins.

‘The terraces in this road are like urban potpourri, bookended by bigger buildings, so it seemed right to put something bigger at the end of the terrace,’ says Barfield. ‘It took some persuading of the conservation officer though, who more or less said: Over my dead body!’

A new two-storey extension, in which a reinforced concrete frame and floor introduce thermal mass, has been built at the back, housing a spacious ground floor kitchen/dining area with a studio above. The extension is separate from the main house with a glazed light slot in between to draw daylight deep into the plan. At first floor level a non-slip glazed bridge connects the main house to the studio.

At the outset Marks Barfield sought advice from consulting engineer Loren Butt, who made two key recommendations to ensure the high sustainability standards and low energy use. These involved insulating the house to a high standard and switching from gas to electricity for heating, hot water and cooking.

‘Electricity is the only sustainable energy source for buildings in the future, because gas prices will become phenomenally high as accessible resources diminish and eventually run out’

‘I believe electricity is the only sustainable energy source for buildings in the future, because gas prices will become phenomenally high as accessible resources diminish and eventually run out,’ says Butt. ‘Electrically driven heat pumps which harvest energy either from outside air or the ground are the future because it is a thermally efficient process and the energy effectively comes from the sun’.

Butt recommended an electrically driven air source heat pump for the heating and domestic hot water, because it cost less than a ground source system, was more accessible and was simpler to install. The system requires a refrigeration unit, which was positioned on the main roof beside the chimneys. This unit takes in heat by cooling the outside air and transfers it to a heat distributor in the basement utility room, where it is then delivered into all the rooms using under-floor heating pipes.

The same pump heats the hot water tank, also in the basement. Independent temperature control in each room has an automatic reduced- temperature night setting. Output from the heat pump is 9kW, requiring an electrical input of 2.5kW-3.5kW, depending on outdoor temperatures. The system can be switched off when the house is empty, although Butt doesn’t recommend this. ‘The house could get very cold and condensation could form,’ he says. ‘Empty houses should be kept at a reasonable, stable temperature’.

‘I think it’s been a phenomenal achievement,’ he says. ‘We’ve compared the energy use of this house to a traditional one that uses conventional gas heating and levels of insulation, and on a square metre rate, this house runs at about two thirds of the carbon footprint of the traditional one, which is pretty impressive’.
Celotex Urethane rigid board insulation was used for the 100mm thick brick walls on the new extensions and new timber joisted roofs. A U-value of 0.16/0.17 W/m2/K was achieved for the walls and 0.14 W/m2/K for the roofs.

The same insulation – 12.5mm thick – was used for the outside walls of the original house. It was laid on the inside of the walls between timber battens to which 12.5mm plasterboard was fixed. When the house was built in 1840, thicker plaster was being used, so when the insulation was laid in its place, it aligned perfectly with the timber-frame sash windows.

All the windows were refurbished and double glazed. In addition, those in the new side extension were made to match the existing glazing including the internal timber shutters. The refurbishment reduced the U-value of the original walls from 2.0W/m2/K to 0.9W/m2/K.  ‘Adding a well-insulated extra storey at second floor level has reduced the heating demand of the existing house by 10-20%,’  says Butt. ‘That’s retrofitting by extending the house but making sure that what you extend it with is very well insulated.’

To control humidity in the ‘wet’ areas – bathrooms and the laundry – a heat recovery ventilation unit and ducting system was installed in the basement utility. The system recovers heat from warm damp air extracted from the ‘wet’ rooms and uses it to warm incoming cold fresh air for the house.

A new insulated basement cinema room has been created by excavating the basement and is supplied with fresh air from this system. The cinema room’s air quality is always good and the temperature is kept at a comfortable level without any additional heating. The only energy use is for the two fans that the heat recovery ventilation unit contains.

To ventilate the building during summer, the new rear extension has bespoke openings with vents that open automatically when the interior gets too warm. Fresh air comes through the vents and moves up the staircase of the main house and out through a roof light that opens automatically and closes if it rains. It’s secure and can operate at night because the outsides of the openings have fixed Portland stone louvres, behind which are the motor driven automatic vents. As Butt maintains, it’s not a 100% through ventilation system, but it does stop the house getting too warm without having to open any windows.

Since completion, the building’s energy use has been closely monitored and evaluated. Five meters in the basement utility room serve the heat pump, mechanical ventilation, lighting, general power and kitchen equipment power. After two years of post-occupancy monitoring, it averages an impressive 30kg of CO2/m2/year.

Two years on, does Barfield believe the upheaval of carrying out such a major retrofit of their family home was all worth it?

‘Definitely,’ she says. ‘We have almost twice the space at about half the energy cost per square metre,’ adding: ‘It’s relatively simple to build new housing to high environmental standards. The challenge is the existing housing stock. Even harder is to achieve this in a conservation area. Since London has almost half the UK’s estimated dwellings in conservation areas, it is imperative to find ways to square this circle’. 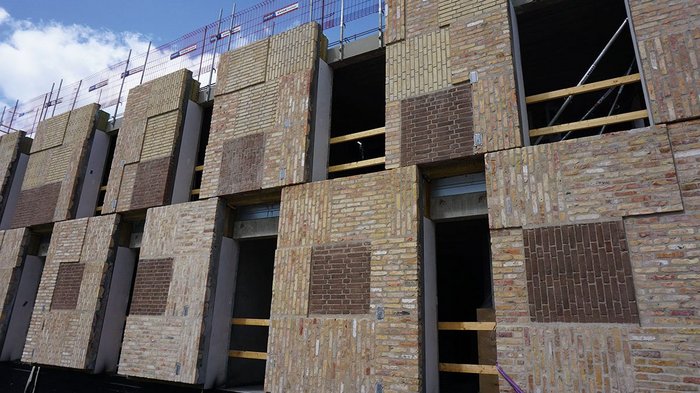 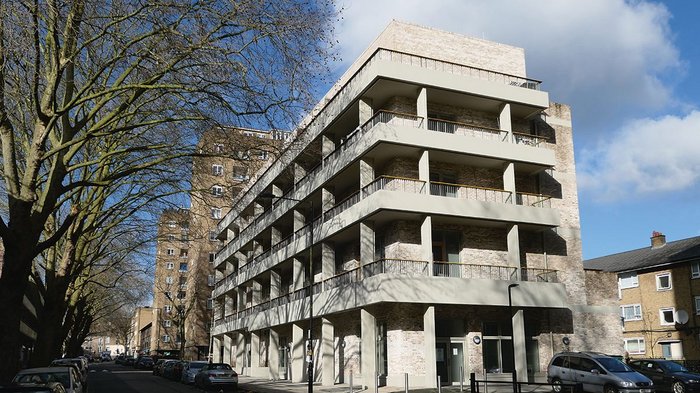