What annoys you most about practising as an architect? Is it that your expertise is so little valued? Is it that you are forced to design hog-tied because you can’t consult the people who will eventually deliver your plans? Is it that your designs get butchered during value engineering? Or is it just the sheer volume of waste that goes with team mates intent on limiting their liability?

If the answer to any of these is yes then insurance-backed alliancing (IBA) could offer some relief. An old-ish idea enthusiastically endorsed by Constructing Excellence, IBA means bidding on the basis of how well qualified you are, not cost. Everyone is equally exposed to so-called gain and pain share, motivating them to work as a team. The whole team makes joint decisions from day one for the benefit of the project. Everyone has a voice. There is no blame or claims. You design once and only once.

This nirvana describes a model that has already been used on three live projects. What’s more, it seems to be working. The client of the first project, Dudley College, liked it so much it came back for more. After the success of its £12 million Advance II designed by Metz Architects, it’s just signed up to use the model on the £26 million Institute of Transformational Technologies (IoTT), to be designed by Cullinan Studio. The other project, the £16 million Derby Museum’s Silk Mill by Bauman Lyons, is now on site.

You might think the insurers have gone bonkers. They haven’t

Kudos for this admittedly emergent success goes to IPInitiatives, a consultancy whose intellectual position aligns with the 1994 Latham Report, Constructing the Team. One of their directors is Louise Lado-Byrnes, an ex-design manager with experience of working with major contractors. ‘Things often go wrong on projects,’ she says, ‘and it’s like a car crash. Your insurers instruct you not to admit liability and back off. But when things went wrong on Advance II, the whole team pitched in to resolve it together. That’s what makes my spine tingle.’

The key that unlocks its model is Integrated Project Insurance (IPI), nominated as one of the preferred alternative procurement routes in the Government’s Construction Strategy 2011-15. Very simply, IPI insures against cost overruns and covers a 12-year defects liability period.

This is revolutionary in several respects. It caps the parties’ absolute financial liability, which is great for clients with finite budgets and for contractors more used to frightening cost uncertainty. Also, cost overrun cover negates the need for professional indemnity insurance since clients no longer have cause to claw back overspends from their team. Being unshackled from Professional Indemnity Insurance (PII) changes the rules of etiquette, giving rise to the alliance contract. Set in stone, targeting best-for-project outcomes, and prohibiting blame and claims, it sets up the signatories as an Alliance Board running a virtual company with its own ­project bank account.
Have insurers gone mad?

You might think the insurers have gone bonkers. They haven’t. There are checks and balances in the form of three new roles: the financial independent risk assurer (FIRA), the technical independent risk assurer (TIRA), and an independent facilitator (IF). The FIRA double-checks the cost plan over the course of the project. The TIRA assesses the technical risks and feasibility. The IF stops the team reverting to type with adversarial or defensive behaviours.

The number of signatories to the contract is unlimited. Anyone prepared to accept the incentive of the gain–pain share can join, and they are encouraged to do so because it improves outcomes. On the IoTT project, for example, the acoustic engineers, there from the start, radically influenced the orientation of the proposed building to screen out noise pollution from a nearby road, which allows natural ventilation, which, in turn, is a major value-add for the client.

Parties are selected on the basis of professional capacity, ability to add value and team behaviours – not cost – a process that is verified through away-days where competitors work alongside each other. Peter Inglis of Cullinan Studio, working on the IoTT, recalls his experience. ‘It was a bit like psychometric testing, with lots of people armed with clipboards noting how we’d react under pressure situations. They definitely weren’t looking for alpha males or table-banging.’

An unpaid period of commercial alignment follows, where board members open their books for inspection and agree fair rates of remuneration. Next, the team agrees what good value means for the client. From then on it collaborates, responding to formal opportunities and risks as measured against client need. Overheads and profit are ring-fenced, and payment is regular, predictable on forecast, and, with board agreement, flexible.

Just half a year into the IPI process, Peter Inglis is still getting to grips with the culture of not writing minutes but recording actions and drawing only what you need, but is hopeful. ‘Architects complain a lot about our skills being marginalized. With IPI you’re an integral part of the team, much more able to be heard. We’re not siloed off and the contractor has no vested interest in down-speccing, which should lead to better quality buildings.’

IPI does not automatically drive faster construction, nor will it suit all types of client. The need for an IF, FIRA and TIRA can make it top-heavy on smaller projects: its current viability to contract values is around at least £10 million. Even so, it is perfect for clients with finite budgets and long-term investment goals. Freeing the project team from the tyranny of PII and two-stage design and build improves efficiency and reduces waste. More importantly, it allows teams to embrace the kind of true collaboration that will fulfil BIM’s 5D promise and the wider adoption of offsite manufacture and construction.

A commendably transparent post-mortem on Advance II, the first IPI project, revealed inevitable teething trouble. Nonetheless, the client was delighted and, in coming back for seconds with the IoTT, shows it is confident lessons will have been learnt.

Ultimately, success will depend on insurers’ willingness to underwrite it. Lado-Byrnes argues that the risks are lower than under conventional projects, since the insurers know exactly who they are dealing with and actively monitor them. With the construction industry’s productivity in dire need of a fillip, let’s hope she’s right. 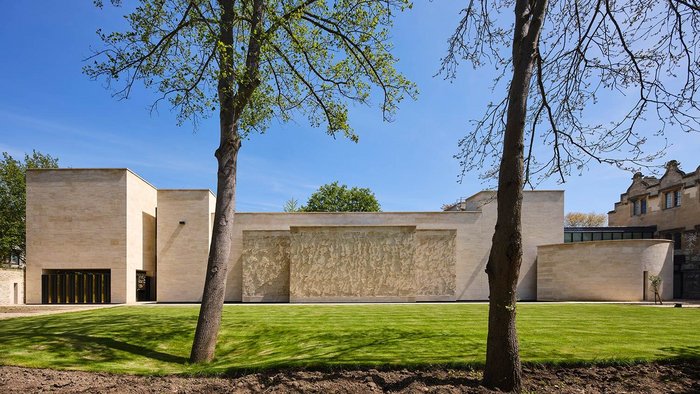