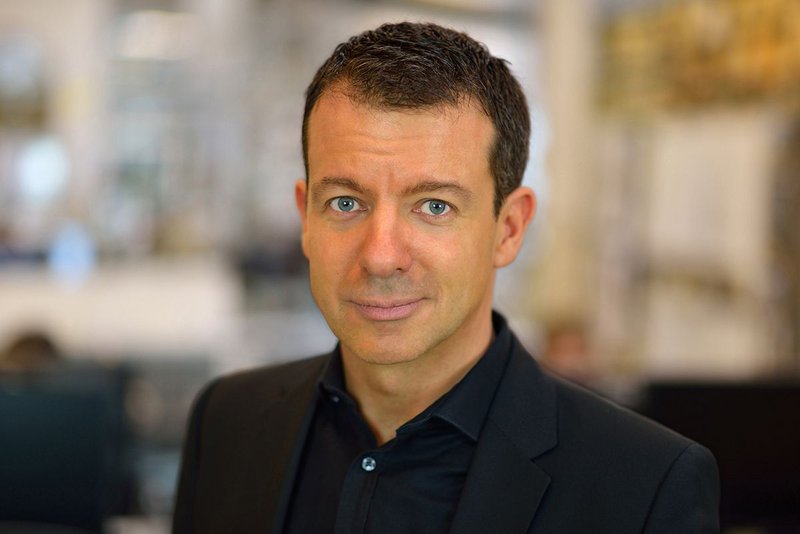 When in 1999 Jan Knikker, as a young journalist in real estate, was sent entirely unprepped by a recruitment agency to an interview for a communications job in Rotterdam, it set him on an unanticipated path. The interview was with Rem Koolhaas. Knikker had no more than a passing knowledge of architecture, but Koolhaas, who had also worked as a journalist before studying at the Architectural Association in London, was highly receptive to Knikker’s journalistic approach. He valued his perspective and the questions that he posed, coming from outside the profession. It developed into an immensely successful collaboration. By the time that Knikker left OMA in 2008 as head of public relations, Koolhaas had gained star-architect status, and the practice worldwide renown.

As partner of development now at MVRDV, Knikker heads up both business development and PR; he is providing the keynote for this year’s RIBA Smart Practice Conference around the theme of ‘New Opportunities’, or business development, on 3 October in Bristol. Knikker’s background as a communications professional brings a strong awareness of different audiences and the conundrum that lies at the heart of architectural practice. In order to win work, practices need to be able to talk simultaneously to clients and other architects. Clients commission the work, but peer recognition is essential for winning competitions in which juries are made up of other architects. This is a challenge, he says, as the two groups speak entirely incompatible languages and approach architecture from contrary points of view. Whereas for ‘clients the user experience and economic background’ are paramount, architects have ‘an allergy to anything vulgar and commercial and love to hear about craftsmanship, material choice, spatial configurations and concepts’. 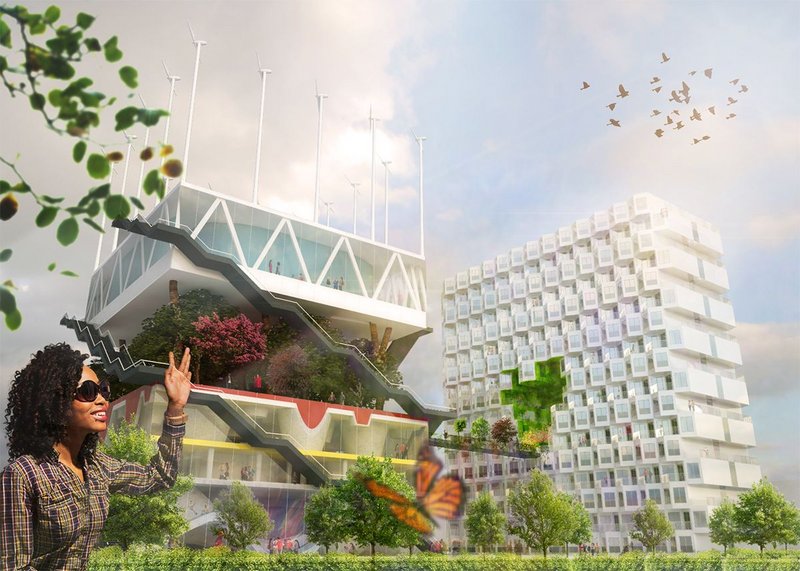 New render for MVRDV’s EXPO 2000 Netherlands Pavilion, which is to be integrated into the City of Hanover’s university facilities: the visual displays MVRDV’s vivid ‘happy’ house style, depicting a student and butterfly in the foreground.

So how do you bridge the gap between the two audiences? With difficulty. In recognising this issue, MVRDV has had to make a tough call. An internal straw poll revealed that only around a fifth of clients had an expert understanding of architecture. For this reason, MVRDV highlights the user experience in its communications rather than pandering to its peers. This is most prevalent in its in-house visuals – highly illustrative, brightly coloured renders populated with jaunty  figures engaging actively in interior and exterior spaces. The emphasis is on the positive social influence that well-designed buildings can have, using a style that exudes happiness. On the flipside, the architectural community can all too readily perceive it as populist and lightweight. Knikker admits: ‘Our architecture is often experienced as badly detailed, loud one-liners by peers  which can be quite a challenge when participating in competitions. We face very heavy scrutiny by juries.’ So MVRDV counters this by giving lectures and communicating directly with the architectural media, going ‘to great lengths to explain the layered meanings in our buildings’.

MVRDV’s business development and PR team is made up of 12 staff, who sit together at a single table. The six-strong business development team feeds work from across the globe to the 200 office staff, which are split into seven design departments. The largest contains around 30 designers and the smallest 10. Two studios specialise, one in strategic urbanism and the other in public projects. The others are more geographically focused, so they contain staff with knowledge of relevant building codes.

During the 2008 financial crisis, Netherlands-based MVRDV lost a third of its portfolio and went global. Now, 10 to 15 per cent of its work is in mainland China, but it is also strong in the USA, Korea, Taiwan and Indonesia. The business development team tracks the media and advertisements for competitions, and monitors economic and political shifts. A primary source of business intelligence is the Dutch government. MVRDV is the biggest architectural user of the Dutch trade service, provided by the ministries of trade and foreign affairs. Its  early warning of the economic downturn in Turkey, for instance, enabled the firm to rethink its participation in several seemingly great projects.

For the Dutch, diplomacy is all about trade and supporting commerce. Creative industries are invited to join trade missions, where the presence of the king and queen  boosts potential business. Equally, MVRDV can call any Dutch embassy in the world and receive an economic profile in a week. To keep strategic focus, a list of target projects is ranked and prioritised at Knikker’s weekly  meetings with the heads of department and partners.

More than anything, MVRDV seeks out clients that are ambitious and want to make a difference. Unlike Zaha Hadid Architects, Richard Meier or Frank Gehry, the firm does not sell a signature style. Knikker describes its approach as being about ‘social interaction, clear communication, user friendliness, intimate cities and some more values that describe architecture, but do not form an instant image’. It is a nebulous progressive spirit that fuels MVRDV.

Over the last three years, MVRDV has more than tripled in size, growing from 65 staff in 2014 to 200 today. Immediately after the 2008 downturn, it trod water and concentrated on internal development, undertaking the successful adoption and implementation of BIM, BREEAM and LEED.

Concerned that the increase in size could potentially dilute its original ethos, MVRDV has devoted the last six months to consolidating and educating its staff. It has taken stock of what kind and scale of practice it wants to be, learning from organisations such as internet start-ups, large artists’ studios, tech giants and other practices. These have included Studio Olafur Eliasson in Berlin and White Arkitekter in Stockholm. Knikker was particularly inspired by the generosity of White Arkitekter: an employee-based company that was ‘so open and happy to share its insights’ and ‘saw the value of collaboration’, despite often having been head to head in competitions with MVRDV. Knikker shares this transparent spirit – during our conversation suggested the name of another Dutch practice as a speaker at an RIBA event to me. For now, MVRDV is at a crossroads. In January 2018 it will decide on the new direction, shape and size of the practice. Until then, it is business as usual, strategically pursuing new opportunities. 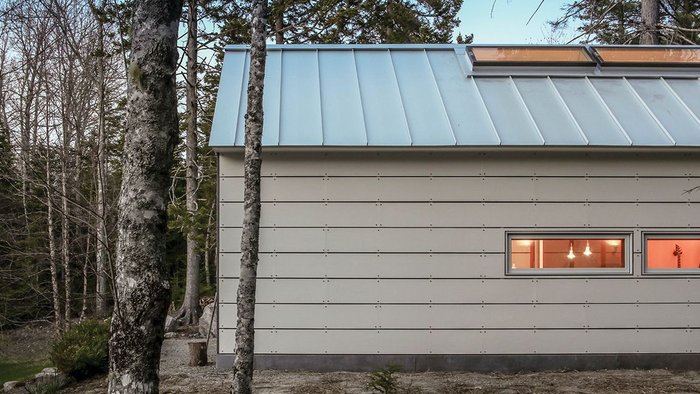 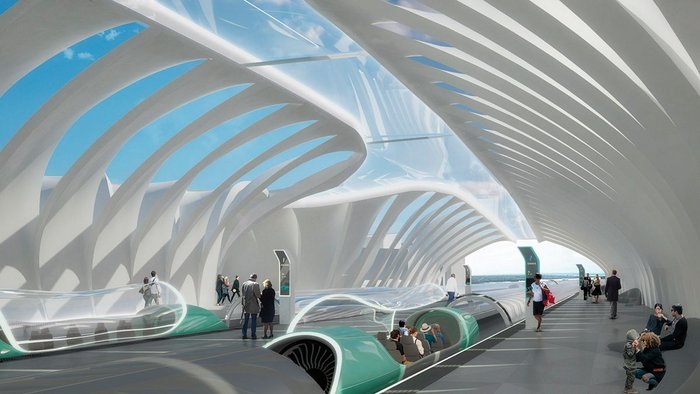 Why aren’t architects better at business? 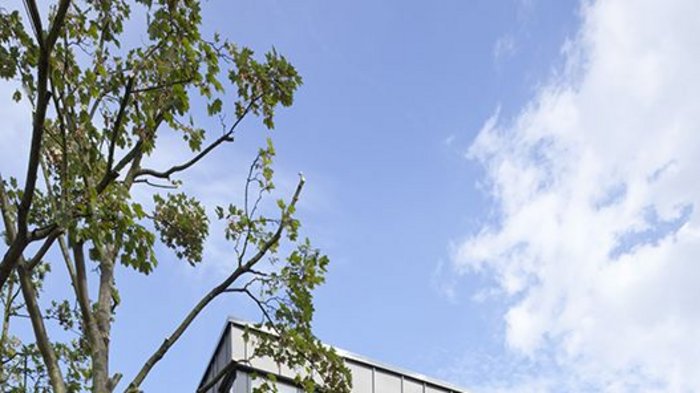 David and Goliath applies to practice too