Heritage planning aims for less regulation and greater growth now that six proposals from the Penfold Review have passed into law. Hugh Feilden runs through the changes 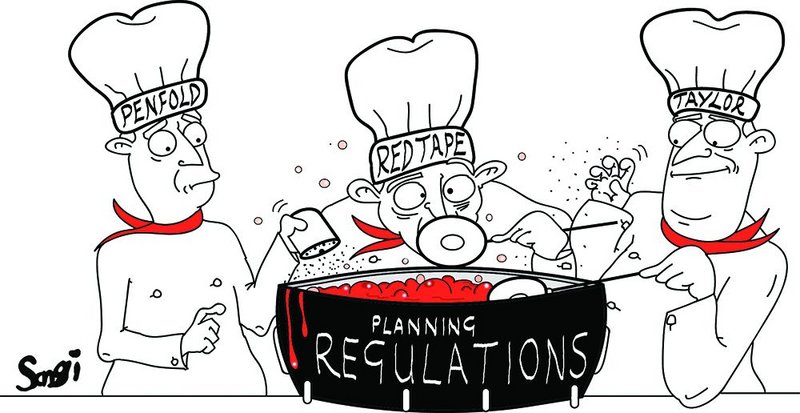 There have been several government reviews of the planning system in the last couple of years, most notably resulting in the National Planning Policy Framework. Less well known are the Penfold Review of non-planning consents run by DCMS and CLG’s Taylor Review of Planning Guidance.

The Enterprise and Regulatory Reform Bill passed at the end of April implements six proposals from the Penfold Review relating to heritage and planning, some of which were part of the lost Heritage Protection Bill of 2008. The general aim is said to be deregulatory and to promote growth.

The approved proposals are:

> No separate conservation area consent. Such consents will now be part of planning permission.  This mainly affects proposals for total demolition of non designated buildings in a conservation area.  Guidance on any tests required before consent is given for demolition may devolve to the local planning authority to be expressed in their planning policies rather than being generated by central government, but as the whole issue of government planning guidance is under review this is uncertain.

‘A certificate of immunity from listing can now be applied for at any time and no longer has to be attached to a planning application. This is long overdue’

> Better definition of the extent and effect of listing. The original idea was to upgrade all listing descriptions to state the cultural significance of each building, and to define curtilage and setting. This requires considerable resources and would take a long time. What has been approved is a watered down version which appears to be limited to identifying non significant structures within the curtilage. Architects preparing a heritage assessment would do this anyway. A certificate of immunity from listing can now be applied for at any time and no longer has to be attached to a planning application. This is long overdue.

> The introduction of a system of local and national class consents. Works described in the consent order will not require listed building consent. This is similar to heritage partnership agreements, but at local level.  It could be related to a conservation area and included in its assessment. At national level it might relate to infrastructure projects such as the scheme to upgrade broadband capacity. The devil will be in the detail and guidance will be needed.

> The introduction of a certificate of lawful proposed works valid for 10 years. These will categorically confirm that works described do not affect the character of a listed building and so do not require consent. This sounds like a heritage partnership agreement  for an individual building, but may also be a vehicle for legitimising works already carried out. Why this is needed as well as listed building consent is unclear.

Waiting in the wings

Two further proposed changes relating to buildings in the Penfold Review have not been approved but are still under consideration:

> The use of accredited agents to strengthen expertise and drive up standards. The RIBA Conservation Accreditation should be part of this if it happens. However, until details of the proposal are made public it is very hard to know whether this is a good idea or not.  The conspiracy theory is that this is a way of avoiding the need for conservation officers.

The RIBA Conservation Group has actively contributed to the Institute response to the Penfold Review and been working with the RIBA Planning Group on a response to the Taylor Review. There is concern that efforts to speed up and streamline planning and heritage protection, while welcome in principle, are likely to suffer considerably from the law of unintended consequences, and it is not certain these measures will maintain current levels of protection for heritage assets.

The government’s appetite for reform of the planning system is not yet sated. CLG recently launched its contribution to the Cabinet Office’s Red Tape Challenge, which may lead to consolidation of many planning regulations.

The number of initiatives and consultations, and the apparent lack of co-ordination between them, is worrying and makes it difficult to provide considered responses backed by evidence. The RIBA must provide the resources for its members to continue to make their voice heard.

Hugh Feilden is a partner of Feilden+Mawson, accredited as a specialist conservation architect and member of the RIBA Conservation Group