Architecture: it’s a diverse profession, ranging from thousands of very small practices to 100 or so large ones. The business needs of a one or two person practice will surely be very different from one employing more than 100 staff. How do you decide who to compare yourself with? The RIBA Business Benchmarking Survey provides the information that practices need to measure against others, and investigates key aspects of the business of running an architectural practice.

Larger practices are more focused on new build work; smaller ones on refurbishment. Larger firms have more clients and jobs, and the jobs they undertake are bigger. Small practices are very much focused on private housing, in particular for private individuals; large companies have a much wider spread of activity. A third of large practices’ revenue comes from work outside the UK; it’s virtually zero for small firms.

The paradox is that, despite their diversity, practices of all sizes share many features: they are generally headed by those who own them, most are limited liability companies and the type of service offered is broadly similar, with little evidence of specialisation or diversification beyond core design services.

The annual RIBA Business Benchmarking Survey is now being analysed for the RIBA by The Fees Bureau. This vast data analysis exercise – participation in which is exclusive to RIBA chartered practices – comprises more than half a million individual pieces of data and offers a stack of business information to members. We’ve taken a fresh look at the whole survey, refining what information is collected, and how it’s analysed and presented.

Practices’ business ambitions and characteristics vary by size, so rather than having a single benchmark for the profession, our approach has been to break the data down into a wider range of company sizes than before, to allow you to benchmark your practice against the average for your size. But in this new take on the exercise, we’ve gone a step further: the new interactive Benchmarker, now available online, allows you to compare your practice with others sharing whatever matrix of variables you choose. So you can compare with others of similar revenue, geographic region, percentage profits, area of work or type of service. While we’ve analysed the statistics and interpreted the results, the Benchmarker lets you delve deeper into the data to find the level most relevant to your own practice.

There’s a wealth of data to explore with the report and the Benchmarker. Here we look at the four key strands of information.

This benchmark shows that average revenue per head clearly rises with practice size, although increases are strongest from 10 staff upwards. Revenue per head is almost identical for one and two person practices; stepping up by a quarter for practices with 3-5 and 5-10 staff. Again, there is very little difference in the figures between these two groups. The survey results suggest that growth in size only really starts to have a positive impact on practice revenue per head once a practice has 10 or more staff. From here onwards, the bigger a practice gets, the higher its revenue per head, showing a strong relationship between size and revenue. Growing a practice from (say) three to six people seems to have very little impact on the revenue achieved per head; but grow from 20 to 25 and the effects are more rewarding.

One of the principal aims of running a business is to make a profit. On the face of it, the figures appear to show that small practices make greater profits per head than large ones. But because profit includes the dividends paid to sole principals, partners and directors, they not only reflect the investment made in the business over years, but often include directors’ regular pay. Average profits per fee earning staff are therefore highest for one and two person practices. Interestingly, average profit per head is very similar among the next four size groups, covering practices with between three and 50 staff; each size group reports average profits per head of between £16,000 and £18,000. The figure falls to £13,000 for the largest practices (50+).

Expenditure as a proportion of revenue rises as practices get larger. However, if we exclude salaries from the figures, then expenditure as a percentage of revenues becomes much more even across the practice sizes – between 38 and 45 per cent of revenue across all but the very smallest (one and two person) practices.

The methods of winning new business show, again, the dichotomy in the profession between small and large practices. Framework agreements, PQQs and design competitions only account for really significant numbers of bids for larger practices – those with 20 or more staff. It is these practices that spend meaningful sums on marketing/PR staff and activities.

These are the main points from four of the 10 areas of research. The full survey covers a wide range of business activities including staff salaries and numbers, business policies, work areas, and international activity.

RIBA chartered practices can access the full report and the Benchmarker
Aziz Mirza is director of The Fees Bureau, which analyses and reports on the Benchmarking Survey for the RIBA 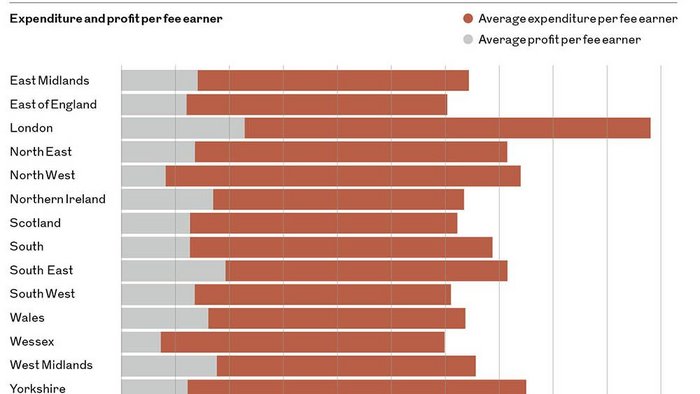 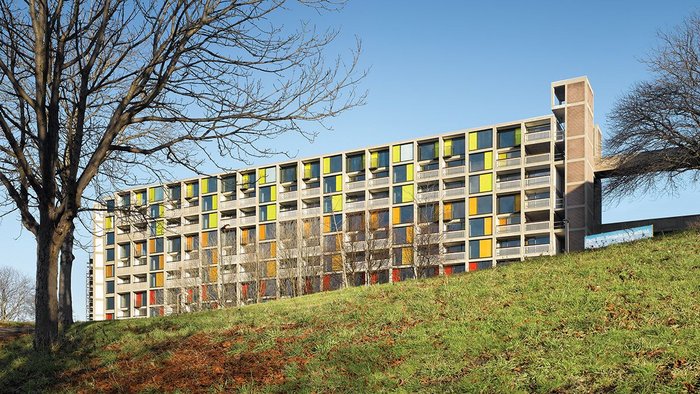