Marginal gains in energy reduction can amount to a significant impact when combined in one project. Rab Bennetts recalls a 30-year-old example

Marginal gains is a term commonly used for sports like cycling but which also neatly describes one method of pursuing low carbon buildings. The RIBA Journal’s August leader on batteries in buildings prompted me to think that if everyone used battery-powered computers in the office, they could charge them at a docking station overnight when supply from renewables exceeds demand; while the reduced heat gain in daytime would diminish the need for air-conditioning.

We began by using workplace surveys to challenge assumptions about heat from small power and computers, realising that a typical office brief over-estimated density and heat loads; we reduced lighting loads through good daylighting and by optimising light fitting performance; we removed hot-spots (like copiers) from the general office areas and placed them in pods beside open plan stairs; we questioned conventional assumptions about internal temperatures and proposed instead a fluctuating range based on the seasons. (This was accepted later by the British Council for Offices specification.)

Armed with well-documented conclusions about a new type of workplace we designed a building based on natural ventilation, which would not have been viable using the conventional wisdom of the time. Unobstructed, narrow floorplates enabled cross-ventilation, which was underpinned by an analysis of local weather conditions to defuse the problem of hot, still days. In that particular area, hot days always had a lot of air movement, ensuring airflow at the right times. The daylit narrow floors could also be achieved with clear spans for adaptability, access to a window, visual stimulus, easier communication and serendipity.

We kept heat gain down by shading the glass to avoid direct sun and designed manual opening windows in two tiers, so people could choose how to modify their own conditions. Each item was forensically modelled with emerging computer techniques, such as CFD analysis which was new at the time. Even the opening windows were modelled to ensure that air flowed through them as intended – the bizarre consequence of a construction contract that permitted no risks. It often seemed that we were reinventing lost skills like sizing traditional windows for ventilation or using thermal mass to keep cool.

A third opening vent at high level was used in hot conditions at night, to purge the building of warm air and cool the exposed concrete rib structure, so it would provide up to 4°C of passive cooling on the following day. (Flat slabs were half as effective.) The tapered concrete ribs optimised daylight penetration, acoustics and the surface area available for cooling but, most importantly, they opened up a world of expressive, well-made structures that defined the architectural space. Having consigned the suspended ceiling to the ‘unwanted and unnecessary’ pile, we went on to design a series of buildings with exposed structures that confirmed the link between local environmental conditions and a more interesting form of architecture.

None of these marginal gains on their own were game-changing, but together they tipped the balance decisively towards a sustainable alternative to the deep-plan, air-conditioned norm. For a newly-privatised energy company determined to avoid extravagance and keep an eye on its own product’s ­efficiency, every decision had to be backed up with robust data, so that conditions in the new workplace were not compromised. This led to parallel studies on spatial integration (with Space Syntax from the Bartlett) and what we would now call the ‘Wellness’ agenda, with objective measurement of comfort, absenteeism, productivity and culture change from the public to private sectors.

Although we were pressured into using a design and build contract for the first time, our initial resistance was superseded by a genuinely rewarding collaboration with the contractor, who revelled in our enthusiasm for pragmatic innovation in construction. The expressive but austere aesthetic seemed right for the recession-hit early ‘90s.

Looking back, I can think of no other examples where so many forward-looking ideas were explored in a single project, but the convergence between sustainability, functionality and architectural form subsequently embraced all kinds of building-types. The success of the PowerGen project was evident on a recent visit, when the client said it was still working exactly as intended. The accumulation of marginal gains established the credibility of low carbon buildings among major clients who might otherwise be sceptical and underpinned the rich architectural potential of passive design solutions. 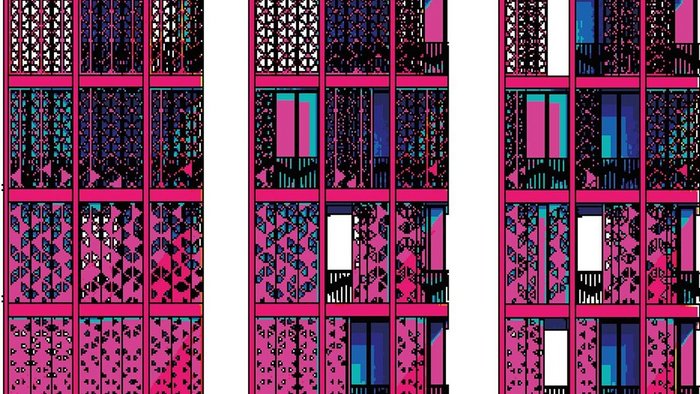 Changing industry hints at light in the Covid recession tunnel