After four months of negative or negligible growth, there has been growing concern that the construction sector might be sinking into a slump. The latest construction output figures help to ease those fears.

The latest figures show a big bounce-back in output in May, which can be seen in Chart 1. And there was more good news in the latest statistical release, although it may not be so obvious. Major improvements in processing the data received from the monthly survey suggest the underlying trend in construction output has been more promising than first thought. 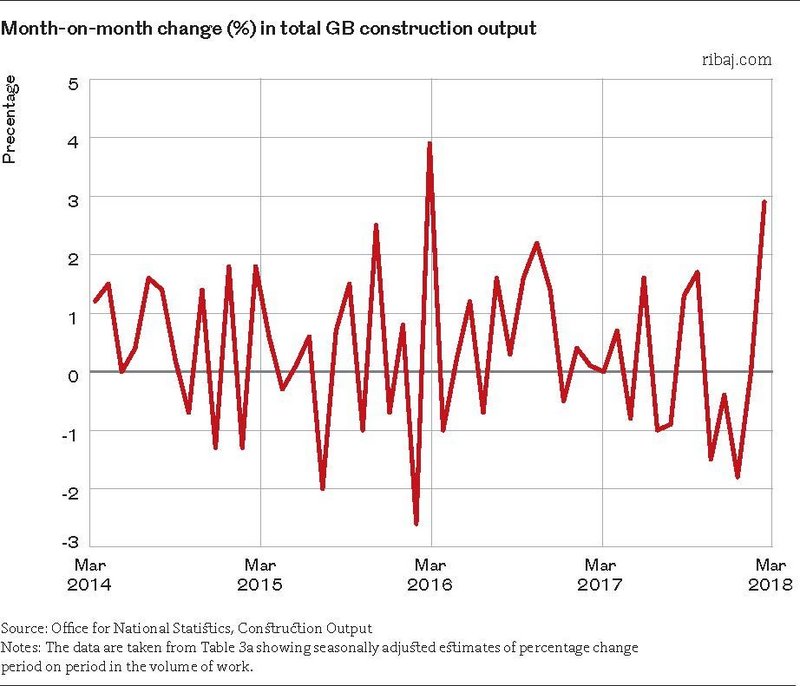 Looking first at the importance of a big surge in May, it is not just that there was more work done and so more money made by firms in the sector. The data adds weight to the view that the recent dip in the industry’s fortunes was not the beginning of a steady decline but could with more confidence be put down to the effects of the bad weather which froze many of the economic arteries of the nation and led to impromptu days off for construction workers across the country. The surge in work recorded adds to evidence that firms increased activity to make up for lost time.

Whatever the reality, the sign of a bounce-back in the figures matters. It provides more confidence in the narrative that the problems were meteorological and not economic. It helps to ease nervousness that slow economic growth may be leading construction on a downward path.

In normal times, most firms would shrug off the initial phase of a slowdown in work. Ups and downs happen. But now, with boardroom antennae tuned for any signal of a Brexit fallout, businesses have become hypersensitive to any dips in activity. This skittishness itself can lead to decisions being put on hold at the slightest hint of a slowdown, which obviously can lead to one. 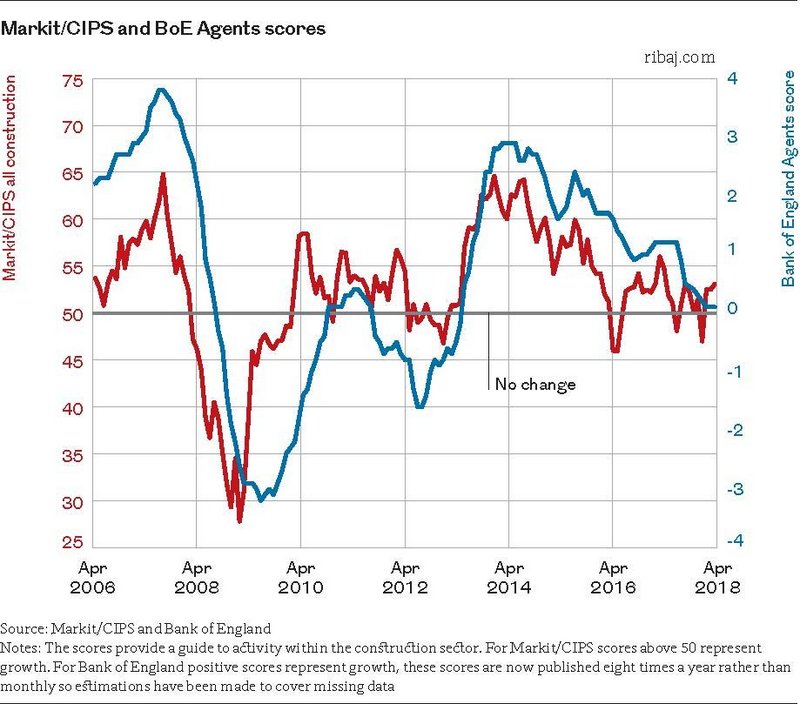 In fairness, not all the indicators were as negative as the official construction output figures, but few have been very positive of late. The pattern of ever slowing growth has been evident for some time in the Bank of England Agents’ scores and the Markit/CIPS index. Both remain positive, but far from convincingly as we see in Chart 2. And there is plenty to suggest that the Markit/CIPS survey does tend towards the optimistic.

Importantly the Markit/CIPS survey does support the view that the industry has bounced back well after the freakish weather held back work on sites across the country. It shows strong growth, relative to the recent pattern, in April, May and June.

Broadly, though, construction output has pretty much flatlined for more than a year and so the industry has been flirting with recession for some while, as we see in Chart 3. Against the uncertainty generated by Brexit it is quite understandable that this will cause unease over where workloads are heading. It should be remembered that if the industry overall is flat, for all the firms doing well there will be firms doing equivalently badly.

Turning to the good news impact of the revisions, the point to make is that confidence matters and in the confidence business, narratives matter.

If things look bad people act accordingly, probably with more caution. This is why the revisions provided by the statistical upgrade are good news. 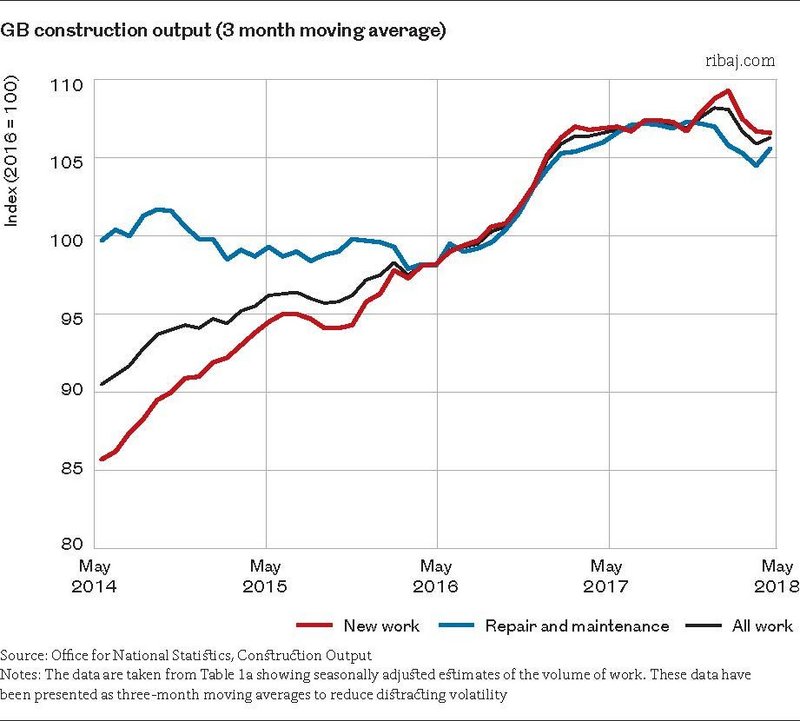 Chart 4 compares what the figures showed of work up to April before the revisions and what they say now. The effect is to boost construction output by £4.2 billion over the year to April 2018, with the figure for April itself raised almost 4%.

Obviously, this has not changed the past, but it has changed our view of it, and this can retune the mood music. The industry may still be drifting sideways more than moving forward, but things are not as bad as we thought they were a month or two ago.

To non-statisticians or non-psychologists, the revisions and their potential effect might all seem to edge towards voodoo mathematics and mind games. The point is that while the past hasn’t changed our understanding of it has.

Firstly, on the statistics, it’s important to recognise that construction activity is far from easy to measure and the figures we have are just the best available. Inevitably as the statistical series develops and more becomes known, previous data are reappraised and tweaks are made to the statistical treatments.

As to the psychology, the data may be far from perfect, but they’re the best we have for understanding how the industry is performing and which sectors are improving or weakening. The figures provide a benchmark for planning within many construction-related businesses and the leading industry forecasts, so the narrative the data suggest will affect business behaviour.

So, while revising the figures doesn’t change what actually happened the revisions have changed the narrative to a less pessimistic one. Let’s not get carried away, this doesn’t suggest things are blossoming, but it lessens concerns within the industry and among clients that it might be a good time to batten down the hatches.

Think this is all hokum? Well you haven’t listened to or read enough commentary on England’s passage through the World Cup. If Gareth Southgate, his players and the backroom staff have done one thing they have rewritten the narrative. You could pick numerous examples, but let’s take one: it can no longer be said that England always lose penalty shootouts at world cups.

Does that matter to how England teams will perform in the future? The experts suggest it will. But let’s not forget that today’s Russia 2018 narrative could itself in time be revised to a less favourable one. England did not, after all, win the cup.

Back to construction and its prospects: growth over the next few years is likely to be patchy at best and, overall, pretty flat. It is also likely to remain very reliant on the performance of the new housing sector.

A lacklustre performance in the UK construction market isn’t particularly good news for architects, but it doesn’t mean that their workloads will track as poorly. An increasing amount of architectural work done in the UK is exported. Business services export statistics for 2016 put £515 million against architectural work.

And there is another set of figures that might warm the hearts of those on the consultancy side of the construction sector – those showing the relative growth of UK construction activity and against the UK activity of professionals including architects and engineers. 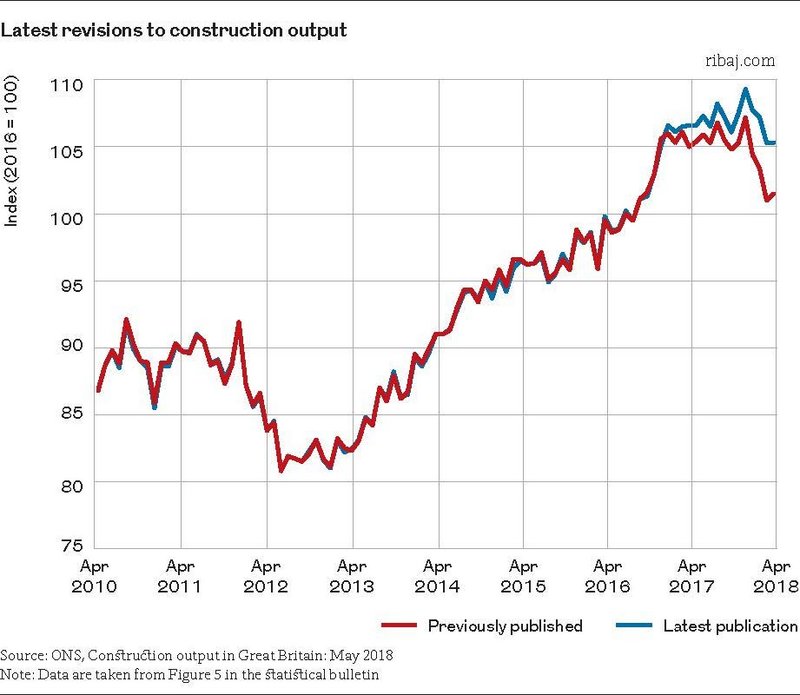 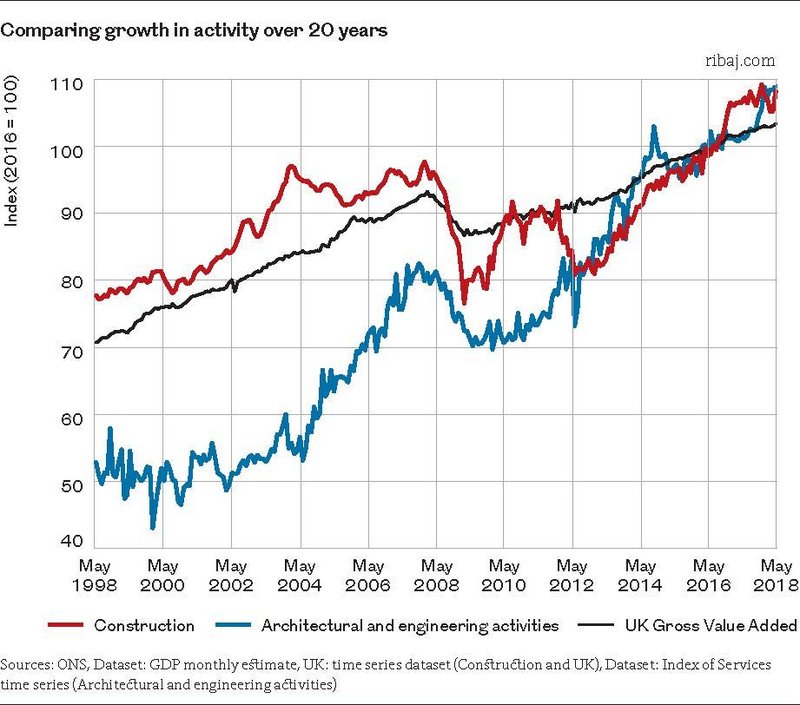 So even if construction eases, over time we might reasonably expect the overall workload for architects to be a shade better. This brings us to Chart 7. It clearly suggests that optimism among architects has risen despite a Brexit hum buzzing in their ears. The latest RIBA Future Trends survey shows a sharp rise in expectations.

So, while we probably are not seeing the darling buds of May and a fresh blossoming of construction activity after a prolonged dull patch, there certainly are reasons to be a bit more cheerful.