Construction output will drop by nearly 4 per cent next year, predicts the Construction Products Association – with housing hit particularly hard. The only glint of hope could be an increase in energy-efficiency improvements, writes Brian Green 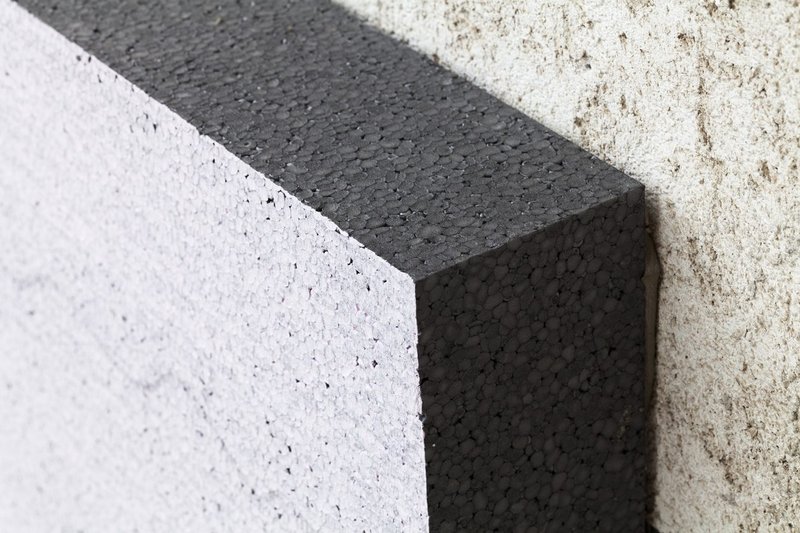 Within a gloomy outlook, one ray of sunlight is that rising energy costs may lead to energy-related home improvement work, such as adding insulation. Credit: iStock.com

The Construction Products Association (CPA) is forecasting that construction output will fall by 3.9 per cent next year with a small bounce back in 2024 of 1.5 per cent. If this comes to pass, the sector’s output will have remained below its 2019 level for five years on the trot by 2024, as Chart 1 shows. 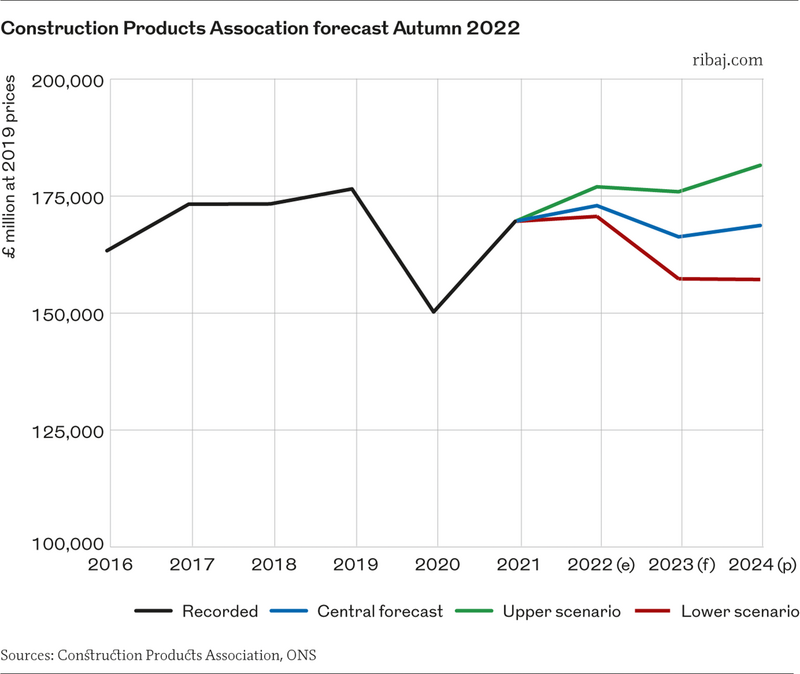 The background to any forecast is key. The CPA’s latest forecast was set before the Bank of England’s November interest rate rise to 3 per cent and its release of its Monetary Policy Report, which suggested the UK was heading for a protracted recession. It also comes before the upcoming Autumn Statement and the associated Office for Budget Responsibility’s take on the UK economy.

These events all shape the UK’s economic prospects and our views of how good or bad things are likely to be. And with multiple big events adding to economic turbulence, not least September’s disastrous Truss-Kwarteng mini-budget, the job of forecasters is exceptionally difficult.

But for all this uncertainty, there is a growing sense within business and the wider public that the UK is set for a rough ride economically. This was reinforced by the latest Bank of England Monetary Policy Report. This suggests that the nation is set for a protracted recession. And a weak economy almost inevitably means a weaker construction sector.

This suggests the question for the construction industry is not so much whether it is set for recession, but how deep that recession will be.

Given the rapid fire of bad news, it might be argued that the latest CPA forecast could end up painting a slightly rosier picture than what occurs. That said, the forecast represents a sharp downward revision from the summer forecast of +1.6 per cent for 2023.

Much now rests on the contents of the Autumn Statement. It is widely felt that it will deliver tax rises and public sector cuts in a bid to contain government borrowing. How the cuts might fall should become clearer on November 17. But any reduction in infrastructure investment would hit construction hard.

A primary function of the statement will be to calm market jitters, aiming to set the economy on a more stable and predictable footing. Here it’s worth reflecting on the chaos caused by the Truss-Kwarteng mini-budget.

Bond yields, which reflect market interest rates, had been rising steadily since the start of 2022 after falling to historic lows over the pandemic. They rose strongly across the globe as nations experienced inflation. Initially this was due to supply constraints created by the pandemic, then the war in Ukraine rapidly accelerated the trend. UK yields were rising as they were in other nations. But the release of the mini budget saw yields on 10-year UK Treasury bonds (gilts) leap from about 3 per cent to above 4.5 per cent. The impact was dramatic, not least in the mortgage market. The Sunak-Hunt approach will be to calm the storm created.

They may induce some calm and reduce some uncertainty, but turbulence remains. This means it is hard to predict how bad things will get, with factors like the weather and twists in the war in Ukraine affecting energy prices, one of the big causes of inflation. So, while the top-line figures provided by the CPA give us one view on the prospects for the construction sector, the range of possible futures from the central forecast is unusually wide.

Given this uber-uncertainty, any wise company boss scouring forecasts for guidance is well advised to take keen interest in any associated risks that might shift the projected future onto another path. 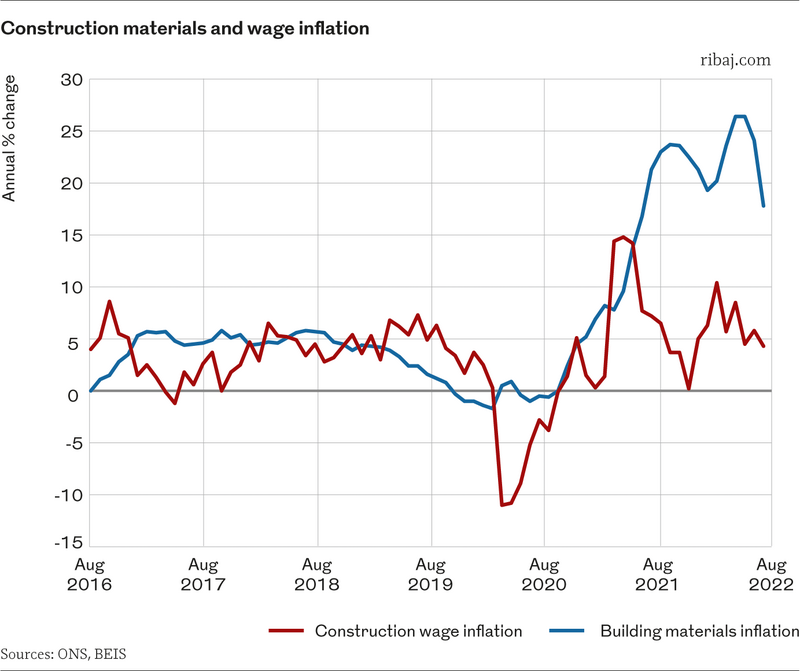 For construction the risks are heavily weighted to the downside. The impact of rampant inflation in materials and, to a lesser extent, labour will chill the market (see Chart 2 above). Rising interest rates will cool investment. Dwindling consumer confidence will hit demand across the economy and, more directly for construction, make homeowners think hard about home improvements (see Chart 3). 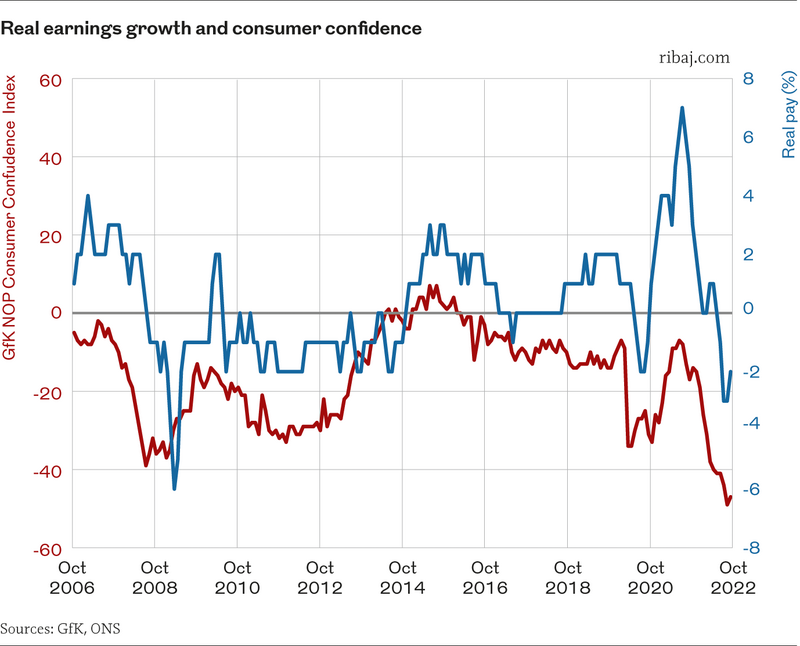 These effects will bear down on the economy and, in turn, weaken the appetite among investors. They also will quell desire among prospective buyers and sellers of homes to enter the market. This will lower transactions and reduce the opportunities of housebuilders to sell new homes.

The CPA produces a central forecast as well as upper (best case) and lower (worst case) scenarios. It is worth noting the lower scenario. This points to the industry shrinking by almost 8 per cent next year. That would push activity down to levels seen in 2015 when the industry was beginning to pull itself out of the deep recession created by the global financial crisis.

The CPA forecast suggests the most vulnerable sector is private housing, both new-build and repair, maintenance, and improvement. The central forecast is for a drop of 9 per cent in both sectors. Given that between them they account for about a third of all construction work, that would be a hard knock. But again, it is worth noting the downside risks. The lower scenario for private new-build housing is a fall of 17 per cent. This in some ways reflects the dangers associated with a collapse in the housing market.

For architects, the housing sector is of vital importance. Certainly, many smaller local practices tend to rest heavily on housing work, particularly home improvements. For those who are heavily invested in the commercial construction sector, the picture is not as gloomy. But a fall of more than 5 per cent, as CPA forecasts for 2023, will still inflict pain. Even the CPA’s upper scenario sees a fall of 3 per cent in the sector next year.

There are, however, rays of sunlight breaking through the generally cloudy outlook. For instance, as home heating costs rise the case for investing in energy efficiency strengthens. This should help to encourage energy-related home improvement work. But for some architects this may come at the expense of other work in which they specialise, such as home extensions.

It will also be of limited comfort to many architects that the infrastructure sector seems likely to provide the strongest prop to the wider construction sector, along with the rapidly expanding industrial sector. And even there, the prop has limits. Growth in both sectors will start to ease over the next two years after spectacular expansion over recent years.

The forecast of tough times ahead, will come as little surprise to many. It chimes with much to be found in the latest industry surveys.
As Chart 4 shows, after the post-lockdown surge in activity, both the Bank of England Agents’ construction score and the S&P Global CIPS construction survey point to weakening levels of activity. 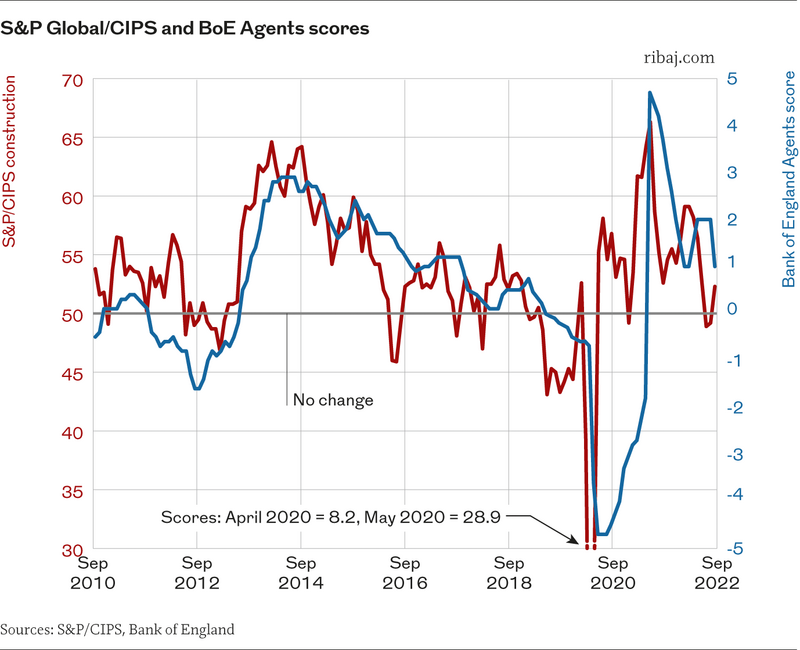 The latest RICS quarterly construction survey showed a positive balance of respondents seeing growth in workloads rather than falls. This may be seen as good news. However, when issues such as survivor bias and lag effects are accounted for, the results may flatter. More important perhaps is the trend. The RICS results were sharply down on previous quarters indicating a weakening market.

Meanwhile, the RIBA Future Trends survey (see Chart 5 below) is making for increasingly tough reading. The September score of -17 points heavily to uncomfortable times ahead. Given the work tends to be more front-end weighted than for most professions, this may be a warning of what is in store for the bulk of the construction sector.

The messages from the data certainly suggest things are looking increasingly bleak. And it is not yet mid-winter. 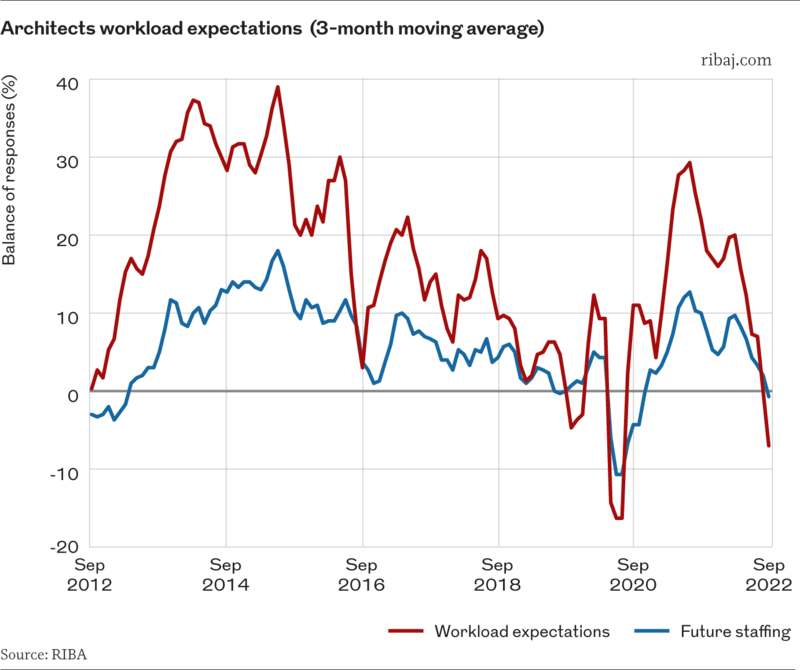