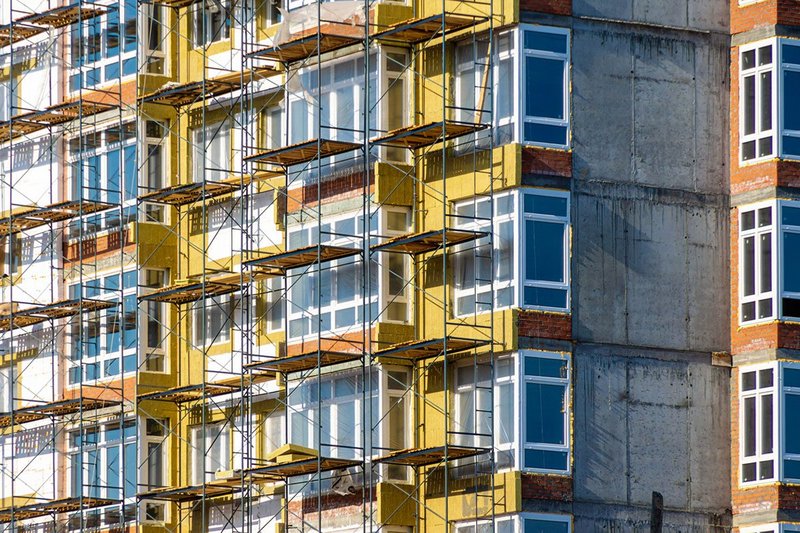 The Technology and Construction Court (TCC) has recently closed proceedings in the case of Martlet Homes Ltd v Mulalley and Co Ltd (Martlet v Mulalley) and issued the first High Court judgment since the Grenfell Tower disaster on this topic. It is significant as it specifically addresses fire safety issues in the external wall construction of a high-rise buildings.

This article discusses the key issues raised by the parties and the court in Martlet v Mulalley, including the court’s interpretation of relevant guidance and legislation. The authors also offer views on the impact the court’s ruling may have upon the future of construction industry professionals involved in similar projects, particularly from the perspective of an architect. This case is likely to be of great interest within the construction industry, including building owners and other parties involved in assessing potential shortcomings and in preparing remedial schemes, by providing the first guidance to the approach that the court may take on this type of case.

In the early 1960s five concrete tower blocks were built in Gosport, Hampshire to provide social housing. All five towers are significantly taller than 18m. This makes them special in terms of fire safety provisions and the level of risk to those occupying them. In the early 2000s, social housing company Kelsey Housing Association decided to improve the towers’ resistance to cold and damp penetration by applying an external wall insulation (EWI) cladding system to the exterior of the buildings (the Original Works). The work was undertaken by Mulalley under a design and build contract (the Contract). The EWI cladding system consisted of expanded polystyrene (EPS) insulation boards, two coats of acrylic organic non-cementitious render finish, and horizontal mineral wool fire barriers.

Martlet, the claimant, acquired the Gosport towers in 2017. Nine days after the Grenfell Tower tragedy in June 2017, Martlet began investigating the EWI cladding system that had been designed and installed by Mulalley, the defendant. Those investigations revealed that the system had numerous installation defects, and the EPS boards were ‘combustible.’ Martlet immediately implemented 24-hour waking watch patrols to ensure the safety of the residents. Martlet later replaced the EPS-based cladding system with a non-combustible alternative that used stone wool insulation panels (referred to in the case as the Replacement Works). Thereafter, Martlet halted the waking watch.

Mulalley admitted to some installation defects but disputed the extent of the problems and argued that a less expensive repair rather than replacement approach would have sufficed to remedy the installation workmanship breaches. Additionally, Mulalley argued that Martlet’s realisation had been triggered by the Grenfell Tower disaster and the risks posed by combustible insulation not meeting heightened safety standards. Furthermore, such heightened standards were not in existence until after the original works had been completed, and accordingly could not be applied retrospectively.

Specifically, Martlet argued Mulalley’s failure to specify a compliant EWI system that met the applicable fire standards at the date of the original works contract was the root cause justifying the need for the replacement works and waking watch

The court held that Martlet had proven both installation and specification breach cases. It held that Martlet had successfully proven the installation breach against Mulalley. In response to Mulalley’s argument, Martlet also was successful in obtaining an alternative plea based on an allegation that Mulalley’s design work resulted in a design breach as opposed to the installation workmanship breaches. Specifically, Martlet argued Mulalley’s failure to specify a compliant EWI system that met the applicable fire standards at the date of the original works contract was the root cause justifying the need for the replacement works and waking watch.

Regarding the true interpretation of the relevant provisions, the judge stated the proper interpretation… is to be found primarily from the words used, and that the provisions are intended to be read and relied upon by a wide range of persons. He then provided several key points regarding the legislative framework, referencing the drafting of the applicable sections of the Building Act, the requirements (the Requirements) of the Building Regulations, and provisions of ADB.

The judge confirmed that the objective of Requirement B4(1) of the building regulations for the external walls of buildings like the towers was for the design and installation to adequately resist the spread of fire over the walls and from one building to another. The decision went further to explain that such design and installation efforts must be achieved by considering the context and circumstances of a given project. Furthermore, while the ADB guidance is not mandatory, if it cannot be demonstrated that the ‘functional’ requirement has been met by a properly considered alternative solution, a failure to follow the provisions set out in ADB would, as a default position, mean that a building (or part of it) does not comply with the building regulations.

Regarding the provisions of ADB, the relevant party should understand the requirements relating to the ‘spread of flame’ over the surfaces of external walls and ‘combustibility’ of materials forming the external wall construction. Furthermore, it was proposed in the judgment that the requirement for ‘drained and ventilated’ cavities in external wall cladding systems in the 2002 edition of ADB reflected the understanding at the time that the presence of a ventilated cavity led to a risk of fire spread through that cavity.

The judge also recognised substantive differences between the 2002 and 2006 editions of ADB, including those related to the use of materials ‘of limited combustibility’ in a building over 18m in height. Specifically, the following differences were discussed in the decision:

1. As set out in three separate un-numbered sub-paragraphs under Paragraph 13.7 of the 2002 ADB in a specific arrangement / situation:

2. An overarching approach was provided in the 2006 ADB:

The differences between the 2002 and 2006 editions of the ADB may be significant in disputes depending on how the relevant parties interpret the ADB at the time of the design and construction of the project.

While the court recognised that although available guidance was limited to some extent, it indicated that the role of a specifier/designer to recognise a fire risk in using ‘combustible’ insulation – particularly in tall residential buildings – is clear. The court added that specifiers/designers should refer to BR 135 for further advice.

Regarding BR 135, the court made the following general comments:

BBA certification: not a guarantee

The court concluded that Clause 2.1 of the conditions of contract was clear that Mulalley was responsible for the design as well as the execution of the original works, including the completion of the detailed design and the specification for the scheme.

One of the key areas of the dispute was the basis for the selection of the ‘StoTherm Classic’ system, which is a type of high-performance external wall system with continuous insulation and render finish, and the reference to the British Board of Agrément (BBA) certificate for this product (number 95/3132). BBA is the UK accreditation body that provides certification for product conformity.

In his specific analysis of the evidence the parties provided, the judge focused on the defendant’s architectural expert. The expert opined that at the date of the contract a typical designer/specifier would regularly specify ‘StoTherm Classic’ system for high-rise residential buildings. The judge said:  …it was a fair criticism of Mr [Euan] Geddes’ [architectural expert for the defendant] evidence that at times he appeared almost to suggest that it was sufficient for an architect pre-Grenfell to do little more than accept a BBA certificate at face value without need for much, if any, further investigation.

The judge agreed with Martlet that the 1995 BBA certificate could not be read as a guarantee that the ‘StoTherm Classic’ system complied with Requirement B4(1) of the building regulations. He continued that while he was prepared to accept the defendant’s expert’s evidence that in the real world professional designers would place great weight on the existence of such a certificate, he did not consider this evidence as of any significant weight as regards the strict design and materials obligations in the contract.

The roles of technical experts

In cases of this type, technical experts from different fields are typically appointed by the parties to provide their analyses and expert opinions on the actions of a party involved in the design and construction of a project, including the designers, design and build contractors, and specialist sub-contractors. These experts also opine whether a party exercised the level of skill and care expected of another reasonably competent member of their respective professions.

The judge gave his view in the written decision on how the expert witnesses should assist in such cases:

(a) to explain technical terms, which are not obvious or adequately explained in the material itself; or

(b) to explain how the provisions were understood by those involved in the design and specification of external cladding systems when considering the professional negligence aspect of this case.

The parties’ architectural experts agreed that the original works did not comply with the applicable fire safety standards and guidance. Although ADB 2002 did not contain a specific requirement for the insulated over-cladding to be either non-combustible or of limited combustibility, a reasonably competent architect would have referred to BR 135 (1988) in the circumstances of this case. The fire engineering experts essentially reached the same conclusion.

The following are key points from the court’s decision of specific interest to construction professionals that design and specify materials and systems for external walls in tall buildings:

These points would be ideally in a designer’s scope of considerations going forward when designing and constructing projects. 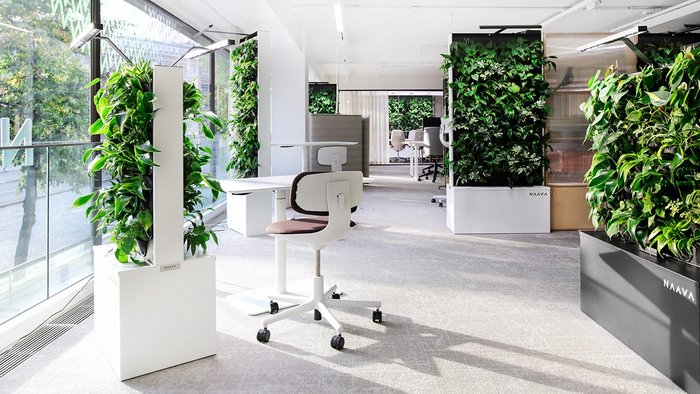 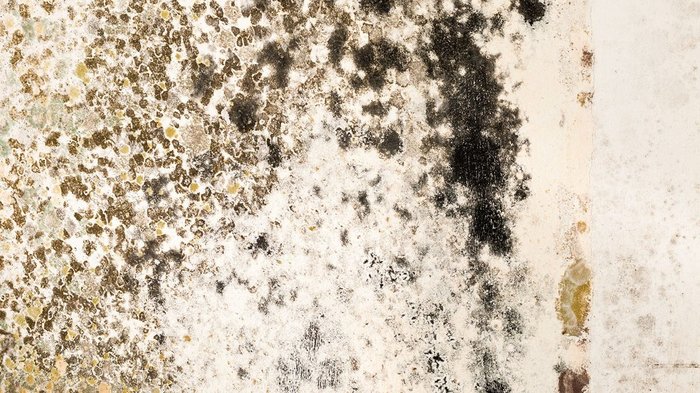