The new high speed roads slicing through Glasgow may serve the Commonwealth Games well but their legacy will be to bypass and divide the city. 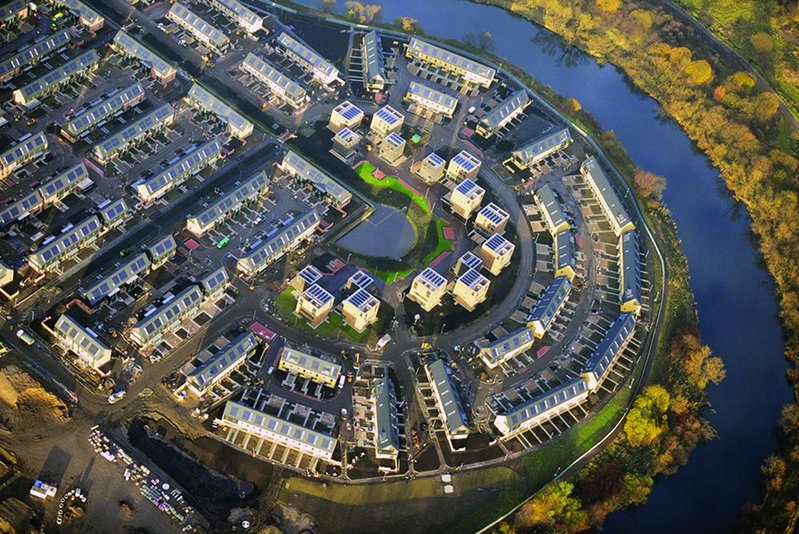 A proper place: RMJM’s Athletes’ Village is a real community in the making. Credit: City Legacy

London managed to stage the 2012 Olympics without feeling the need to complete its long-abandoned 1960s ‘inner motorway box’ of which only eastern and western fragments were ever built. By investing vast amounts in an upgraded and extended Underground and Overground rail system plus commandeering the short high speed run to Stratford International station (and not forgetting those controversial ‘games lanes’ on the roads) London’s predicted traffic chaos did not happen. Glasgow does things differently. With the impending 2014 Commonwealth Games acting as a spur to the regeneration of the east of the city, its own ancient postwar plans for a very anti-urban motorway box were dusted down and completed, while public transport has received only a relatively modest boost.

Thus the M74 from England was controversially extended through the south of the city, heading west to link up with the M8 just south of the Clyde. This was proposed as long ago as 1945 when the planners, as usual, ­decided to continue the demolition and clearances begun by the war. Finally opening in June 2011, this extension cost £440m. Then a second road, the Clyde Gateway route (also known as the East End Regeneration Route), was built to link the completed M74 across Glasgow’s East End where the main venues of the Commonwealth Games and the ­Athlete’s Village – for once a place which actually does feel like a village – have been built. However this big road has a further phase to go which will make it a link between the two motorways. Therefore it is strategic rather than local and, in economically-crippled and depopulated Dalmarnock which it passes through, acts as all such big roads through cities act – as a dividing barrier. 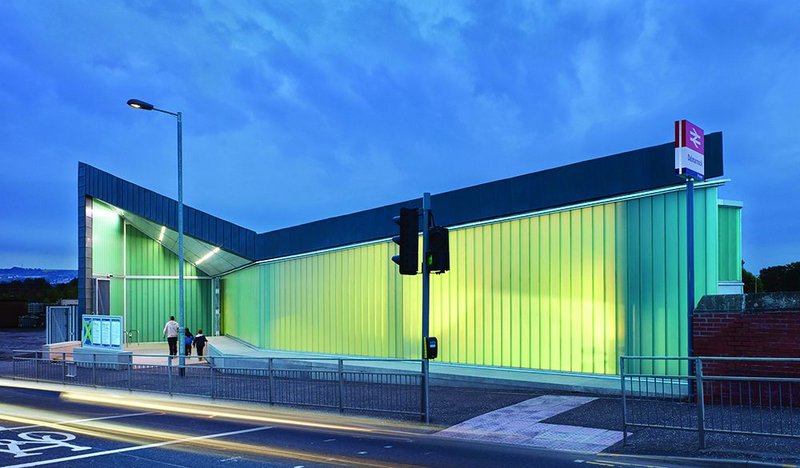 Perhaps this contentious burst of road-building would have happened anyway, eventually, along with all the ground-preparation going on in the Clyde Gateway area (the marketing schtick borrowed from elsewhere). There, the contaminated traces of old industry are made palatable for the big sheds of today’s businesses. The new roads have nothing ‘urban’ or local about them, apart from their purpose in connecting the big sheds with their markets.

The Games, then, provided the necessary excuse because the Scottish government saw better motorway connections across the city as strategically important for Scottish businesses, which is not the same thing as local ‘regeneration’. Work began in 2008, months after the city was awarded the Games in preference to Abuja, Nigeria. Smashing these roads through poor post-­industrial local communities has, of course, been far from popular, and makes knitting together new communities more difficult. There has also been a small investment in public transport, specifically the £11m refurbishment of nearby Dalmarnock railway station by Atkins and new cycleways out east from the city centre, but nothing to compare with London’s huge rail infrastructure splurge in time for 2012. 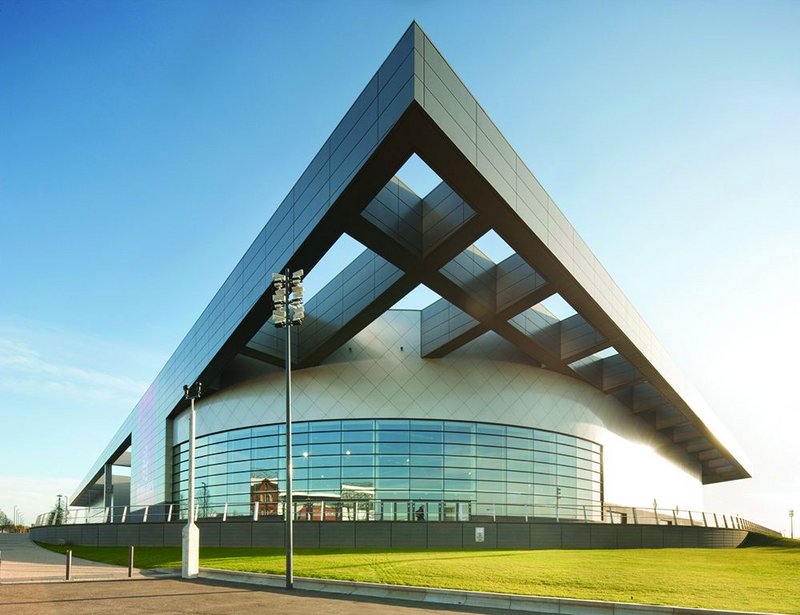 Smashing these roads through poor post-­industrial local communities has, of course, been far from popular, and makes knitting together new communities more difficult

The legacy of the Games will focus on the distinctly horrible £113m Emirates Arena, right opposite Celtic Park football ground across the London Road, but weirdly turning its back on it. This huge lumpen silver-grey thing – far from the finest work of its architect 3D Reid – sits in a sea of car parking and is effectively at least three buildings in one: the Sir Chris Hoy Velodrome, the main sports arena and associated sport halls, and a lot of office space for various Glaswegian and Scottish sports organisations. There’s also a gym and spa. The device of an oversailing roof grid to tie them together visually is a dismal failure. But the facilities inside are first-rate and the legacy started well before the Games themselves, with the building in use for the Glasgow public for the year before.

Other sports facilities are mostly a matter of refurbishment and adaptation of existing buildings, such as the Tolcross International Swimming Centre. By common consent, the most successful architectural legacy of the Games will be RMJM’s Athletes Village, a place where you would actually want to live, in a low-rise, low-energy landscaped setting leading down to the Clyde. This is a clever reworking of what are essentially standard house types – very different from the huge precast apartment blocks of London 2012 with their varying surface treatments.

Of the 700 homes at ‘The Village’ built by the City Legacy consortium, 400 are for rental through three housing associations and 300 are for private sale.  Southerners (and many Scots) can only dream of four-bedroom town houses starting at £175,000 as they do here. With their district heating system, Homezone layout and SUDS-based landscape strategy, these homes have a chance of becoming the kind of real resilient community that the roaring new roads discourage elsewhere in Glasgow’s East End.