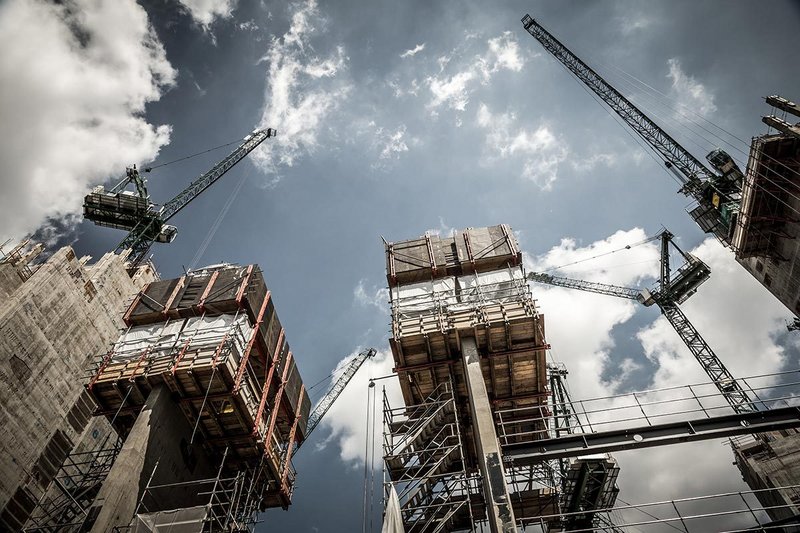 Competence tests could define who can design towers. Credit: ©iStock/coldsnowstorm

As the Grenfell Tower Inquiry rumbles on, one major consequence of the fire looks likely to be that architects will no longer be able to work on the design of tall residential buildings without specific qualifications.

A forthcoming overhaul of the Building Regulations is set to introduce strict competence tests across 11 professions involved in developing tower blocks, and these will cover detailed fire safety knowledge.

The necessity for such a change will surely have been reinforced by much of the evidence heard at the inquiry regarding Studio E, the architect working on the tower’s refurbishment, which included covering it in flammable cladding.

In February Stephanie Barwell, lawyer for residents and the bereaved, painted a picture of a practice whose focus was on the refurbishment’s aesthetics – ‘agonising as between the brushed aluminium and the battleship grey’ – at the expense of performance criteria.

The following month, Studio E’s founding director Andrzej Kuszell admitted to the inquiry that his practice had had no experience of high-rise residential projects, though he denied this meant it was not capable of delivering the project successfully – some might argue that 72 lives lost suggests otherwise.

A specialist qualification might also help solve another consequence of the tragedy: the issue of soaring indemnity insurance premiums – a symptom of an insurance industry with no confidence that the practices they are insuring won’t design a project that goes up in flames.

No bullying going on here

Meanwhile the Grenfell inquiry continues to lift the lid on the labyrinthine circumstances that led to such unsafe cladding being installed.

Last month saw the council building control officer responsible for Grenfell, John Hoban, explain how he was severely overstretched at the time of the tower’s refurbishment. He found himself personally responsible for more than 130 projects after his department lost nearly half of its staff through austerity measures.

The inquiry heard that in the days after the fire, another member of the building control team, Robert Albrow, emailed the council's head of planning to say his department was ‘afflicted by a culture of bullying and surveyors’ concerns are not taken seriously when raised’.

The bullying charge was hotly denied by head of building control John Allen, who described the joyful office culture he presided over: ‘We would have Christmas, we would bring stuff in, all sit round, eat together,’ he told the inquiry, conjuring up images of the staff having to assemble in the office on 25 December for a communal turkey dinner and cracker pulling. I assume that’s not what he meant, though there is a whiff of David Brent in his insistence that the staff are quite wrong; they were all having a great time.

There is a question of whether the real blame should be laid at the borough’s elected councillors, for whom austerity was hardly a forced option. It’s worth remembering that Kensington & Chelsea had £300 million in reserves while the refurbishment was taking place and had recently paid £100 rebates to top-rate council tax payers.

Meanwhile, government figures show – more than three years after the tragedy – that 249 high-rise apartment blocks are yet to be made completely safe, with the majority still wrapped in aluminium composite panels. 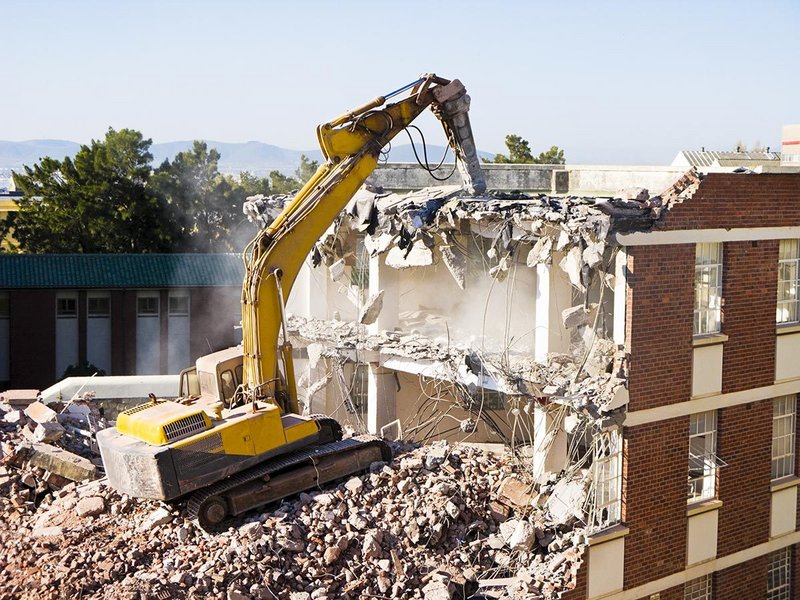 A chance to demolish ‘big mistakes’ of the past? Credit: ©iStock/RapidEye

Does housing secretary Robert Jenrick feel his political reputation needs a boost? Already this year, he has faced calls for his resignation after he overruled his planning inspector and approved the PLP-designed Westferry Printworks development for Richard Desmond, a Tory party donor and former owner of Express newspapers. The approval was later rescinded after the government admitted Jenrick’s decision was unlawful.

The smell of sleaze was back again this week as it emerged that he and a junior minister had approved payments to towns in each other’s constituencies from a government fund earmarked for deprived areas.

And, as reported last week, he now faces a parliamentary rebellion over plans to ‘reform’ the planning system and make it easier to build new houses by taking many decisions away from local authorities.

Tantalisingly, the new system would instead use an algorithm to set housing targets. Yes, algorithms – after their spectacular performance in deciding A level grades this summer. Can we now expect a housing scheme that councils would have predicted to ‘fail’ to find itself upgraded to A-star?

Leading the Commons rebellion is one Theresa May, seemingly keen to reinvent herself as a wise and level-headed elder statesman. May says Jenrick’s plans will remove local decision-making and build over rural areas while failing to deliver the affordable homes needed.

Faced with this onslaught, how to reinvigorate his standing with the Tory faithful? How about the old dependable ruse of taking a cheap pop at post-war architecture.

Speaking at a Tory conference fringe event organised by Policy Exchange, Jenrick said his reforms, particularly the extension of permitted development rights, would present ‘a big opportunity to demolish some of the mistakes of the recent past’.

Building Design reported this under the headline: ‘Planning reforms are big opportunity to tear down Brutalist buildings says Jenrick’. And while the housing secretary didn’t actually use the B-word during the event, previous utterances make it clear what kind of buildings he has in mind.

At a Create Streets conference last month he spoke of people being used as ‘guinea pigs for experimental architecture, some of which [has] failed disastrously: I think of the demolished tower blocks of Glasgow’s Red Road, or Robin Hood Gardens here in London.’

And then there’s the little matter of sustainability. Back in January, Jenrick appeared to back the retrofitting of existing buildings rather than demolishing them, saying ‘giving new life to existing buildings will be extremely important … to meet our climate change obligations.’

But perhaps not as important as trying to please the party faithful.

‘Inside Bjarke Ingels's Innovative Houseboat’ reads the Architectural Digest’s tantalising headline. Call me enchantingly naïve, but I had visions of the kind of narrow boat one might find moored on a canal or Camden Lock, making clever use of space to fit all the basic comforts.

But the Danish architect and founder of BIG’s floating home, moored in Copenhagen harbour, is in a different category. He is photographed on board sitting on a colourful patchwork beanbag that would take up most of the space in the kind of vessel I was picturing.

His houseboat is a 38m-long decommissioned ferry which he bought in 2016 and now lives in with his partner, Spanish architect Rut Otero, and their son.

Transformed into a stylish and luxurious home, the vessel features a substantial main bedroom suite, a futuristic playroom below deck, vast living area and rooftop terrace.

The article on dwells, however, on the hardships the couple had to endure while the conversion was in progress, finding themselves at times without heat and running water and ‘once resorting to bottles of San Pellegrino to bathe before a client meeting’ – a line that never quite made it into the Monty Python Four Yorkshiremen sketch, where they compare past privations.

Everyone's got a parliamentary building in them

Delays to BDP's £4 billion refurbishment of the Houses of Parliament, set to be overseen by BDP, are costing taxpayers £2 million a week, according to the Public Accounts Committee.

The form of repairs appeared to have all been approved, with AHMM designing a temporary House of Commons at Richmond House, the government building on Whitehall. This has been estimated to cost £1.6 billion and enraged heritage campaigners who argued that the grade II-listed building would essentially be gutted to house the chamber. But in May, the body overseeing the work said it should be reviewed amid the financial pressures arising from the coronavirus epidemic.

Should the parliamentary decant ever happen, it will sadly put an end to the popular architectural sideline of devising alternative temporary homes for parliament.

No doubt encouraged by the current inertia, the latest architect to present its offering was Ian Ritchie. His speculative, low-budget (a mere £55 million) proposal moves both the Commons and the Lords to a site behind the Ministry of Defence.

The suggestion follows one from Foster + Partners, which in August resubmitted its plans for a Great Exhibition-style temporary building – a re-usable structure erected on Horse Guard's Parade which would be reminiscent of the Crystal Palace built for the 1851 Great Exhibition, but made from bomb and bullet-proof glass.

Previous proposals included one from Studio Octopi to reuse the three recently decommissioned Woolwich ferries with one housing the Commons chamber, one the Lords, and the third used for meeting rooms and offices.

No interest was shown in this innovative adaptation, though as Google's London HQ progresses, perhaps Bjarke Ingels will be eyeing the vessels for a possible new London home.

A little footnote to the recent news that Foster + Partners seemed to be weathering the Covid storm very nicely and it was increasing its headcount.

The firm’s recently filed accounts reveal that it paid £31 million in bonus payments to its 154 partners – an average of nearly £204,000 per partner. Excellent news management from Foster’s there. So much better for that to be coming off the back of the practice hiring 100 extra staff rather than the earlier news last April that it had asked every staff member to take a 20% pay cut.

Other practices have had a rougher time of it, including Allies and Morrison which has reported a revenue drop of 20% in its last financial year.