Gavin Heaphy, in charge of North West Cambridge, says the way people work together is the key to success 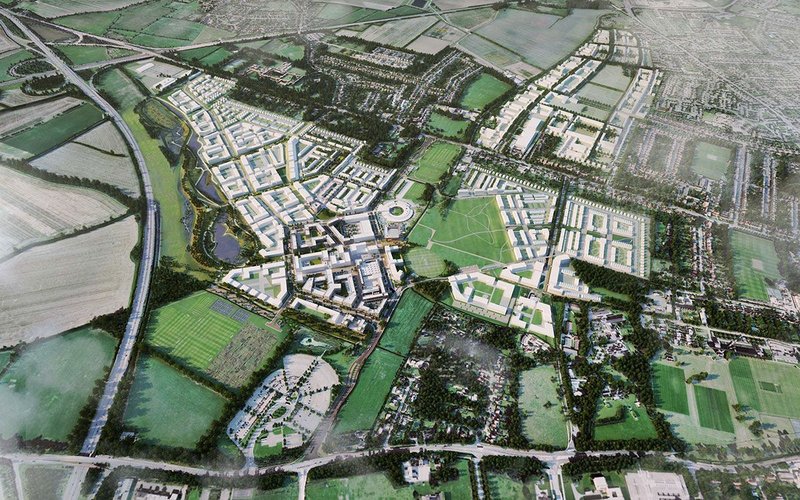 With Phase One of the ambitious North West Cambridge Development virtually complete and a Stirling Prize nomination under his belt, the University of Cambridge’s contractor-turned-client Gavin Heaphy has an illuminating take on how to achieve quality.

Gavin Heaphy is construction director at the University of Cambridge, part of the Executive Team overseeing the £1bn North West Cambridge Development (NWCD). First and foremost a construction manager with 20 years’ experience in and around London, he turned to the client side in 2007 to deliver a large chunk of the London 2012 Olympics Athletes’ Village. Working for Lendlease at the time, the move was a dramatic shift in perspective.

Having gained a taste for the role, he joined the Cambridge University capital development team in 2011. Now with overall responsibility for design, procurement and delivery of the largest capital project in the university’s history, he is using his experience to steer the wider project team to outstanding results.

The multi-phase NWCD is a well-tempered giant. With planning permission for 3,000 desperately needed homes, accommodation for 2,000 postgraduates, academic research and development space, a hotel, a clutch of vital community buildings, open spaces and green infrastructure, it is billed as a new district for the famous university town. They first broke ground in 2013, and are now nearing completion of Phase 1.

Already boasting a clutch of awards in various categories, one of the new buildings – the all-in-one Storey’s Field Community Centre and Eddington Nursery designed by MUMA – has been shortlisted for the 2018 Stirling Prize. With results like that, Heaphy and his team must be doing something right.

So how do they do it? To answer that, Heaphy rewinds to the start of the project when he and his team were setting the rules for achieving the right level of quality. His thinking is dominated by a few interlocking principles. 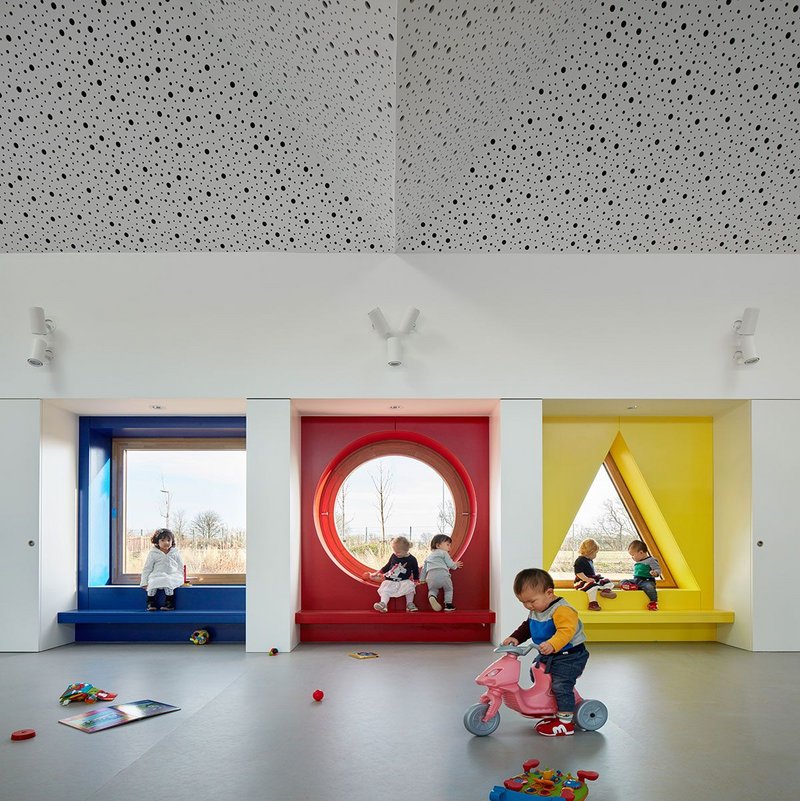 Get the right people

It’s all about the team. When you build a community from scratch on a greenfield site with no pre-existing built context, a collaborative spirit needs to dominate. ‘We don’t want designs competing with each other,’ Heaphy says. ‘To achieve that, architects need to be able to work well with their contemporaries.’

This meant that he consciously sought architects by interview rather than asking them to carry out competitive design work. It was about exploring architects’ underlying attitudes and ways of working. As Heaphy puts it, ‘We find people rather than practices.’

Quality targets need to be properly defined and communicated unambiguously to the entire project team. Indeed, Heaphy sees this as the client’s main role.

If everyone’s singing from the same hymn sheet, you’re much more likely to get better collaboration and a higher quality outcome. Of course, hiring in professionals, especially architects, helps to optimize the process. ‘I’m under no illusion that it can take time to tease out of a client exactly what they want. A good designer will do that.’

Focus on process and detail

Given Heaphy’s background, it’s no surprise that he should peg process, buildability and detail almost as high in his list of priorities as designing for the user. Looking back up the value chain from the sharp end of delivery, these factors are the most destabilising links along a typical project’s pathway.

Insufficient, inaccurate or unbuildable drawn information can often lead to delay. Heaphy explains that it’s not just the cost of keeping workers waiting or the lost income or rent. ‘There’s the cost of carrying debt for longer. That’s the bit that architects don’t always appreciate as much as they should.’

He’s quick to point out that it’s not just architects who are guilty of not perceiving the client’s pain points. But since architects working on NWCD are all novated, they can’t relent in the later stages. Understanding how a drawing should be built is an vital piece of the puzzle and architects should not, as he puts it, ‘abdicate responsibility’ for it. 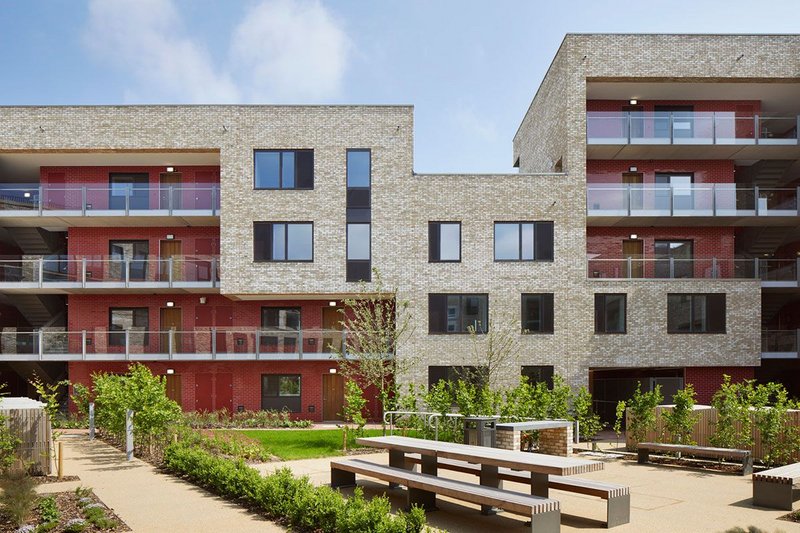 The project culture at NWCD is to admit mistakes quickly and learn from them. All kinds of feedback are actively shaping their tactical path to completion. All are committed to carrying out post-occupancy evaluations and capturing lessons from the project teams. For example, feedback from Phase 1 might change the policy of always novating architects to the contractor.

This continuous learning environment is a double-edged sword. Stay on the right side, and it is clearly an intellectually satisfying experience. Fall foul, though, and the consequences are clinical. Early on in the project, an unnamed architect failed to play by the rules and was let go. Their mistake? Not listening. ‘My team and I are pretty experienced. When they didn’t listen, we decided to find somebody who did.’

A little respectful humility goes a long way. Even during selection interviews, Heaphy was happy to hear about how practices dealt with what are usually euphemistically called ‘challenges’. ‘You’re barking up the wrong tree if you come to an interview and don’t talk about what went wrong on previous jobs. Failure is a great teacher.’

Heaphy says contractors have a lot to give. They are often the first to know about new technologies, and the benefit of that knowledge and experience can significantly improve the way architects work. That’s why NWCD uses a two-stage design and build process, and tries to involve contractors as early as possible. But he’s not blind to the devastating consequences of poor workmanship, and uses the NEC contract, which allows for a supervisor. Akin to a clerk of works, the role is critical to his overall quality ambitions.

Tips and hints
Acknowledging that architects’ waning attention is sometimes connected to waning fees, Heaphy urges them to be more communicative about resource squeeze, especially after they’ve been novated.

‘A good relationship with your client allows you to have an open and frank discussion about spend,’ he says. ‘That is quite important when you spend more than expected early on.’

Smaller practices often don’t get a look-in on large-scale projects, but that isn’t the case at NWCD. Heaphy gives the example of Mole Architects. He was impressed with its offer and yet did not want to absorb all its resource. He recommended to Wilkinson Eyre that it collaborate on Lot 1, and Mole ended up designing 70 apartments.

With Phase 1 of NWCD more or less a wrap, Heaphy has turned his attention to Phase 2, though architectural lots are at least a year off. By then he might be basking in the reflected glory of a Stirling Prize win. Even if he isn’t, you can be sure that he and his team will be quietly championing and achieving the art of built quality.