Picturesque and ingenious housing, in newbuild and regen projects, take the lead this month.

With two new ‘pointy’ schemes in this month’s batch of consents, and Chatham Historic Dockyards nominated last year for the Stirling Prize, RIBAJ wonders whether we’ve now hit ‘peak pitch’ and the architectural fraternity will stop Le Corbusier revolving in his concrete Roquebrune Cap Martin grave by designing flat roofs from now on. Glass Wharf in Bristol seems to be taking the lead there with a nod to Mies on its facade, if not its ‘Blue Glass’ traditions. And south east London’s Plumstead is going up in the world, its grade II listed Edwardian library to be made ship shape and extended into a leisure centre, to become the anchor for its’ High Street’s regeneration. And no ships but plenty of biscuits on the former Huntley & Palmers factory site in Reading.

Could everyone move along inside the car please – because there’ll be a few more bods to squeeze onto the Northern Line at Kennington with planning consent received for this six-home development on a brownfield site off Kennington Rd. Sandwiched between its Georgian terrace’s back gardens and Victorian Walcot Square to the east, Lambeth planners called the scheme ‘ingenious’, with five two storey split level houses and a detached ‘garden house’.

The row of mews houses runs down the centre of the site, with the greatest back-to-back distance its neighbours. West-facing gardens are sunken, with a hard-landscaped entry road accessing the fronts of the houses to the east. Terminating the development on the north side is the garden house, with its own walled garden. Its upper storey will be clad in bronze-finish laser cut panels, with patterns referencing the dappled light of the mature tree canopy within which it is placed.

Part of the city’s Temple Quarter Enterprise Zone, the eight-storey 4 Glass Wharf is the third phase of this client’s development on the urban regeneration site, 3 Glass Wharf. Completing at the end of 2018, it has been pre-let in its entirety to HMRC. This brings the total area being developed by Salmon Harvester in the city over the last five years to 37,000m2.

Darling Associates has said the new building will pair with its 3 Glass Wharf development and will, with its predominantly glazed facade, celebrate the city’s history of glass production, its ‘Bristol Blue Glass’ being part of the city’s manufacturing heritage.

This will constitute the largest the largest office development in Bristol for the last decade at a time of great change to the centre. The dockside has been regenerated and a whole new city centre retail quarter created, but there has been virtually no new Grade A office supply. The City Council’s latest permission here seeks to redress that omission.

With a history of stalled private developments on this site, Mid-Devon Council created a special purpose vehicle that would unlock the potential of this riverfront location, which had lain dormant for 30 years. The architect won the national design competition with a picturesque, pitched-roof 39-home proposal in April 2017.

The new housing, on the banks of the River Exe, for private market sale, is made up of 16 one-bed and 12 two-bed flats in two four-storey apartment buildings to the east of the site, with nine two-bed and two three-bed houses in a terrace leading down to the riverfront – in all a steep 8m section from the top to the bottom of the site.

Materials will include brick, render and slate in a mix of tones, picking up on the local vernacular and scale of Tiverton. Three publicly accessible cobbled pedestrian lanes will run east west across the site, the gaps created between buildings maintaining views up from the river to St George’s Church and the Town Hall at the top of the slope.

PRP’s scheme will use a variety of traditional brick techniques and feature a ‘dynamic’ arrangement of saw tooth roofs, apparently referencing the capture of the former industrial site. The landscape team proposed a riverside promenade leading to the new square, with trees, lawns and fountains.

Housing association L&Q manages more than 90,000 homes across London and the South East. It aims to deliver over 100,000 new homes over the next 10 years, half of them affordable to those on lower incomes. It has a £250 million community foundation that, it says, disburses to the neighbourhoods where it is active.

In Polzeath, on Cornwall’s northern coast, Invisible Studio has gained permission for a new three-storey dwelling to replace the existing one on an amazing site, Dunder’s Hill, looking west out over the sandy beach to the sea beyond. The site slopes steeply nearly 12m down towards the beach over its 46m length, which gave a lot of scope for the firm to make full use of the section. It also meant the massing of the house is hidden from the approach road side, keeping the scale small at this end.

This is a ‘spinal’ house, entered via courtyards allowing light into the rear areas of the house and preserving the main views of the sea. Bedrooms are reserved at the ‘entrance’ side, with all the main living spaces facing out to the sea views.

Materials are drawn from an understanding of the local vernacular. Low pyramidal roofs are clad in copper longstrip standing seam roofing with slate hanging for the walls. This is accentuated  by using three coursing heights staggered on the elevations. Secret box gutters keep the eaves lines clean. All this generates a modern home that feels very much part of its site.

As part of the regeneration of Plumstead High Street in Greenwich, Hawkins\Brown has taken on one of the grand dames of the street, its grade II-listed Edwardian library, extending and upgrading it to make it fit for 21st century users. In its new incarnation, Better Gyms will take on the new rear extension as part of the new library, leisure, cultural and sports centre.

The design is a critical element in the borough’s Plumstead urban framework, and was apparently developed in consultation with local residents as well as stakeholders. Work will involve the internal refurbishment of the existing library, the demolition of the non-listed extension to the rear, a two-storey extension to provide the leisure facility and public realm improvements around it. The building will also be truly accessible as a result.

Work is expected to begin in spring this year and be completed by autumn 2019. 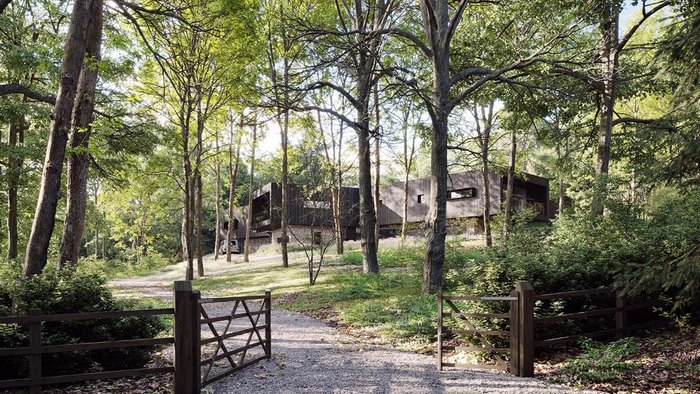 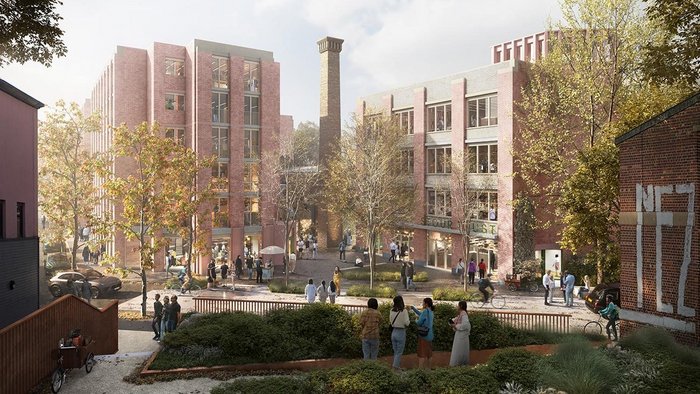