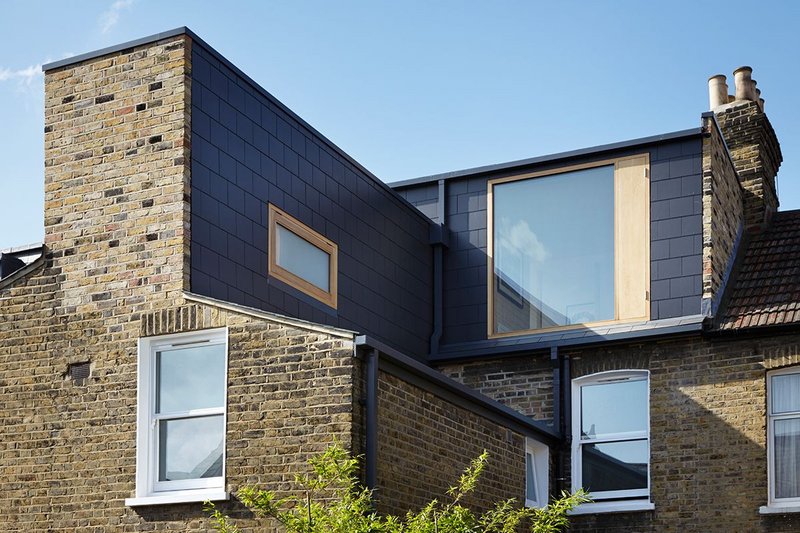 When we launched Conibere Phillips Architects in 2015, we embraced domestic residential projects as a sector of work that forms the bedrock of many a new practice. Being relatively unfamiliar with the sector we sought advice from friends and former colleagues.

A particularly sage recommendation was to get to know The Town and Country Planning (General Permitted Development) (England) Order 2015. This is often referred to as GPDO by planners, and the rules defined within it commonly known as permitted development (PD). Broadly speaking, PD rights describe what development is allowable without the need to apply for planning permission. In the context of housing some rules only apply to single dwellings built before 1945, the first GPDO act being introduced in 1948, and don’t generally apply to listed buildings or those in conservation areas.

The requirements of PD are mostly prescriptive, and it can be deduced with relative certainty whether a proposed development is allowable not. This is in marked contrast to the planning process where, through reference to numerous policy documents, decision making is often open to broad interpretation, often creating the impression that policy is interpreted to suit a preconceived view.

Through our work we have developed a complex attitude towards PD. On one hand, it allows a lot of things to be built that are unquestionably a blight on the environment. As such, PD development is at odds with planning policies and initiatives to raise the quality of design in the built environment. But it is a quick, reliable and low risk approach to extending homes, which cuts out the bureaucracy of seeking planning permission. And it is possible to deliver high quality PD development, although this is rare. It also has the potential to enable development by removing power from planning departments, though this comes with risks.

Through one of our projects we have explored what can be achieved with PD, and it has led to some surprising outcomes. In the refurbishment of a late Victorian, mid-terrace house, we have demonstrated, and have a certificate of lawful development to confirm that it is possible to significantly rebuild a house to a new design using PD.

We are rebuilding the front elevation, achieving a new aesthetic through changed window openings and a removed bay window. This is allowable under PD Class A, being an ‘improvement’ that does not extend beyond the existing front elevation, and is to be built using similar materials to the original.

The house is also to be re-roofed, replacing inappropriate concrete tiles with a metal standing seam roof. Under PD Class C, a roof finish can be changed if it does not extend beyond the existing roof alignment. If you also wanted to replace some internal structure you could find yourself essentially rebuilding an entirely new house. This becomes an interesting proposition where poor building stock might be renewed with long term sustainable benefits. Building such a planning case is also potentially significant in that the VAT advantages of a new build project could apply, and go some way to offset the cost of the increased scope of construction.

The scope of what can be achieved under PD has surprised both us and planning departments we have worked with. Working creatively within the ‘gaps’ of the rules could lead to some interesting opportunities, but also some very dubious outcomes. The inadequacies of the current act, and the conflict between this and planning policy, suggest a complete rethink of both, and their relationship, is required.

On a fundamental level, we must remember that our aims as architects are broadly aligned with those of the planners to ensure the improvement of our built environment.

We believe planning departments should recognise, in the face of PD, the impotence of much of their policy when it comes to much of our housing stock. Then, their policy might be reformed in such a way as to encourage householders to engage an architect to deliver something better for all involved. Judging by our experience, clients are frequently unsatisfied with what a PD scheme might deliver, but are wary of an unpredictable planning process that takes time and money to navigate.

A more sophisticated planning service for householder applications, potentially with a higher fee commensurate with a better level of service, might encourage householders to pursue bolder, and higher quality, ambitions than a PD scheme. Such an approach might encourage planning departments to amend their policy to facilitate such applications. A reformed policy allowing for a slight increase in volume or height compared to PD, making the cost/benefit of the planning application route more attractive to homeowners, could encourage adoption of the new service.

While an individual roof extension is a small project, the collective impact of countless thousands, perhaps millions, of these across the country is highly significant. A debate on PD and the effectiveness of planning policy may not attract the same passion as that on tall buildings, say, but the subject affects most of society. As a ‘grassroots’ issue it may do much to encourage the culture of improvement in design quality and concern for the built environment.

We strongly believe this is not a zero-sum game. It can be that everyone wins, but for that we need reform.

Robin Phillips is a co-founder of Conibere Phillips Architects