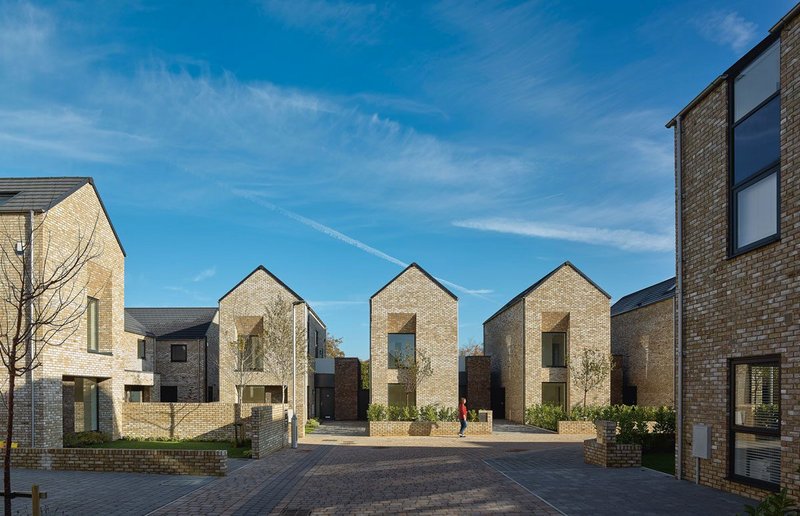 Making liveable homes isn’t all about numbers as the 30 family homes of The Gables in Liverpool designed by DK-Architects shows. The mix of market and affordable homes was shortlisted for the RIBA Awards in 2020. Credit: Daniel Hopkinson

Recent planning reforms have generated lots of debate. Some moves are welcome and long overdue, such as putting ‘design and quality’ at the heart of all new developments, digitalising the planning system (making it easier for people to understand how new buildings will appear individually and together) and providing clarity around who controls land.

But as a package, and alongside the extension to permitted development, they are a long way off ushering in a golden age of a well-designed, low-energy sustainable housing. The government has an opportunity to overhaul our complex planning system so that we’re able to build the homes people need – and it must get it right.

Be realistic about how to achieve good design

The faith the government is placing in ‘rules’ to determine the appearance of new buildings is worrying. Visual design guides are helpful because they establish certain principles, but copying and pasting from a pattern book doesn’t guarantee good design or environmental performance; good design needs scrutiny and architects who are able to engage with communities and local authorities.

Politicians – hand over the power

We aren’t going to achieve nationally set housing targets unless there’s a fair, transparent and non-partisan mechanism for determining where economic investment and new homes should go. Politicians cannot go on micromanaging housing developments, they must hand that power to an independent body, along the lines of the Boundary Commission, with a mandate to determine where to place the quota of homes each year.

The government must be far more ambitious when it comes to tackling the climate emergency. A 2050 target for carbon neutral homes means that we’ll be building homes which damage the environment and leave people at risk of fuel poverty for decades to come, and that simply can’t be the case. We can, and must, reach net zero by 2030.

The UK spends more than almost any other country on subsidising housing, but we’re not getting value for money or generating the social progress that is well within our means to realise. The proposals to create a national infrastructure levy to fund affordable housing are interesting but we need to be wary of simple solutions to complex problems. I’m not convinced this new levy will raise enough money to produce the social and affordable housing we need. At a time when borrowing money to invest is both cheap and popular, wouldn’t it be great if government let local authorities actually plan and build new council housing so that more families had access to the stability that long-term rents can give?

The government finally needs to recognise the human cost of focusing on the number rather than quality of new homes. Allowing office buildings to be turned into homes without any safeguards has been disastrous. It’s led to barely liveable ‘homes’ – some smaller than budget hotel rooms. By making it easier to build new homes that don’t have to meet space, quality or environmental standards they are blighting lives and making it harder for developers who do want to build the high quality, sustainable homes we need.

Details of the government’s planned shake-up of the system were published in an 84-page white paper, Planning for the Future, which is now open for consultation. The RIBA will be engaging with members to help shape our official response and encourage members to submit their own.

Read the RIBA’s response to the white paper on architecture.com

Andrew Forth is RIBA head of policy and public affairs