Focussed on a park in Sydney, Australia, this is a case study with which to introduce the discipline of ‘spatial history’: a method of historical inquiry developed by the Australian geographer, historian and architectural theorist, Professor Paul Carter.

Each of Made Ground’s six essays discusses a series of practices, beliefs and tools in the historical production of Australia’s physical and social space: the landscape painting, the map, the journal, the expedition, the natural environment, the figurative construct of the ‘Native’, inherited British beliefs and values of Australia’s colonists, and the various place-bound or topological patterns of Australia’s settlement. These investigations focus on the creative, postcolonial capacity of interpreting the texts and records of the past as a way of destabilising our assumptions about the places of the present. Philosophical Hermeneutics, propagated by philosophers such as Hans-Georg Gadamer, Jürgen Habermas and Paul Ricoeur, are demonstrated to proffer a further framework within which to establish the nature of interpretation and research, as well as broadening the theoretical scope of Carter’s ‘Spatial History’. Ultimately, Made Ground: A Spatial History of Sydney Park seeks to develop a way of engaging with, and understanding, the fraught and contested narratives of Australia’s multivalent places in which spatial practitioners such as architects, planners, urban designers and artists intervene.

Cultural Perforation of Madrid, Disruption of the Defined 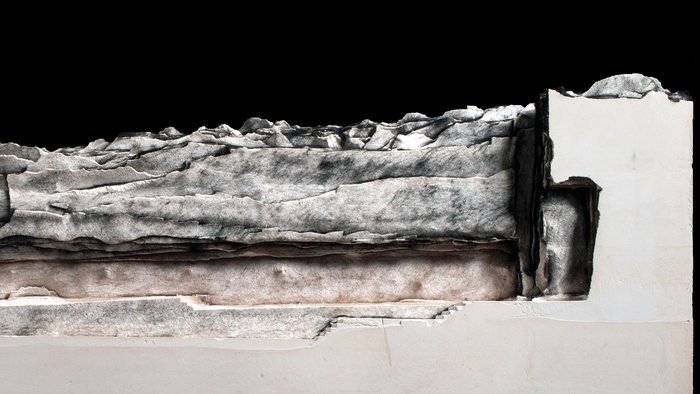