Nearly 150 members from 18 countries accepted the RIBA’s Rethink 2025 challenge to reimagine society for a post-pandemic world. The international panel of judges found many ideas big and small to celebrate 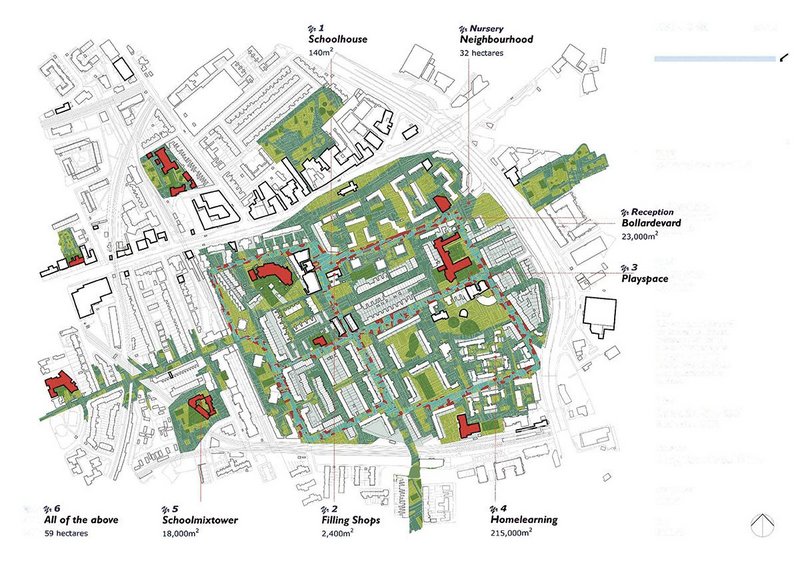 Studio Cullinan and Buck Architects’ What’s the Use proposal for learning and play in underused spaces in Bow.

Rethink 2025 was an unexpected and unprecedented competition, launched in the middle of the global coronavirus lockdown. The RIBA wanted to challenge architects to think about how to rebuild society post-pandemic, giving them the opportunity to present themselves as part of a national conversation and display the reimagining skills that we will need for the times ahead. Any member, student or otherwise, was invited to participate.

The challenge was to submit speculative proposals of any scale that addressed in some way the new world we will find ourselves in by 2025 when, we hope, the worst of the corona­virus crisis will be over. Entries could zoom in on schools, housing, street life, workplace, infrastructure, or any area of the entrant’s choosing. The only requirement was that they needed to be positive, tangible and address sustainability too. Arup generously sponsored a £5,000 prize for the winner, with £2,000 for second and £1,000 for third place awarded by the RIBA.

In all we received 147 submissions from 18 countries, including Switzerland, Bulgaria, Israel, India, Sri Lanka, Nigeria, Kenya and Peru. They dealt with all manner of themes: continued virus disinfection, revamping the high street, working from home, food production, pop-up education spaces, remembrance and improving rural communal life, as outlined in our themes analysis.

From a longlist of 32, the judges were asked to find the three top spots and a shortlist. However, it’s fair to say judging never goes the way you might expect…

In the lead-up to judging those behind the scenes of a competition might think they know some dead certs when it comes to the winners, only to find that they don't even make the shortlist, or even the second batch after that. Likewise, they might plan for what they want to award only to have that system thrown out by the judges on the day too.

Sure enough, this is what happened for Rethink 2025. The judges were Mecanoo founding partner Francine Houben, Google AI principal designer Matt Jones, IF_DO director Sarah Castle, Arup director Ed Clark, HS2 head of design Joanna Averley and London Mayor design advocate and founder of Asif Khan Architects Asif Khan. They gathered online, chaired by RIBAJ’s editor Hugh Pearman, and everything was up for grabs in response to the entries we received. 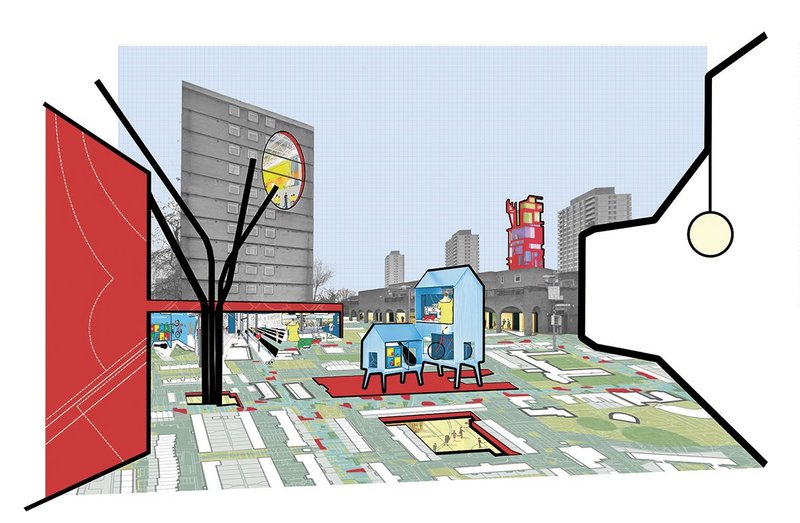 Studio Cullinan and Buck Architects’ What’s the Use proposal for learning and play in underused spaces in Bow.

These ranged from the body scale to master­plans for whole metropolitan areas. Yet the judges felt that comparing these scales was virtually impossible and an attempt to do so would mean the results wouldn’t represent the extent of the changes required at every level by everybody, from the individual to the national and global, to emerge from this crisis successfully. Instead, they separated the entries into three categories – building, street and city – and unanimously decided to award an equal winner for each.

Tim Rodber and Dominic Walker’s Greater London Agriculture masterplan to transform the capital into a farming landscape wins at the city scale, while PeopleMatter.’s Streets are Made for Walking high street and transport revival wins the street level and Benjamin Holland, Olivia Dolan and Katie Williams Get Everyone In proposal for turning offices into a homeless shelter takes the building category. Each of these entries will receive £2,667, an even split of the £8,000 prize pot. There are also three commended projects, as well as a shortlist of six further proposals.

Thank you to the prize sponsor Arup and the judges.

See the longlist here and the shortlist here