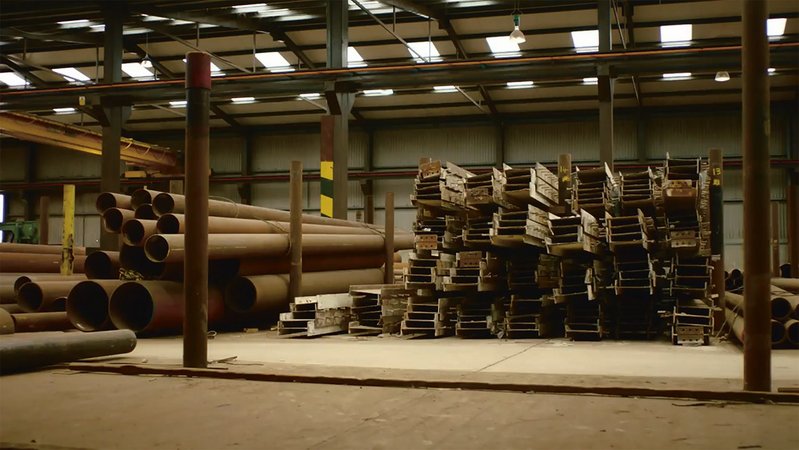 ‘We shouldn’t waste things,’ insists Clive Nichol, founder and CEO of Fabrix which invests in and develops buildings. Two of the company’s London projects reuse steel to adapt old buildings: at Roots in the Sky with Sheppard Robson, a transformation of old Blackfriars Crown Court, it will support the plant floors, and at 55 Great Suffolk Street it will make up the structure for a new external core designed by Hawkins\Brown.

Where to start?
How does a project bring in reused steel? First it needs the will of those holding the purse strings. Nichol, who does that here, explains. ‘In a project meeting, we saw we were breaking down the levels of embodied carbon. Steel was such a high polluter, but how could we bring down the carbon? In previous projects we had exposed old structures. So I asked the team: “Why don’t we reuse some steel?”.’

The first hard barrier on a project like Roots in the Sky is that the project team is running to stages and deadlines, he continues, which drives them down a funnel. Even when those involved know there are better ways to do things, he says, it can be hard to change course.

But this time the team put out feelers to demolition contractors, stating the steel sizes they needed. It was structural engineer AKTII that came up with the steel, mined from its project at 1 Broadgate in the City. Demolition contractor Cantillon had already bought the steel, planning to melt down and recycle it. It had already removed the concrete casings and hot-cut it at each end.

Restoring and certifying
So Fabrix struck a deal with Cantillon. The next task was to work out where the steel would go and how it could be certified for use in a new building. Processes had to be reinvented as the programme progressed: ‘The first time you do anything like this it is heavily manual, and relies on the project team being positive about the challenge. But they were – they were excited,’ explains Nichol.

Once they had located Cleveland Steel they had a solution for storage, restoration and recertification of the steel. As even new steel from abroad has to be certified in UK, it did not seem to be much more work to do the same for reclaimed steel. Cleveland has seen a massive surge in requests for reused steel, with four to five inquiries a week according to managing director Roy Fishwick, after years of the trade being confined to the oil industry (London’s Olympic Stadium reused 2000 tonnes of gas pipes). Each piece has to be given a unique identity and be reworked, with attachments removed and holes filled in. And then it has to be tested.

Does reusing steel save money given the lower cost of the reclaimed material from Cantillon? Nichol says the firm didn’t save any money doing it despite the effect of the Russia-Ukraine war on supply chains and the availability of steel, partly at least because this was the first time it had done it. But it did save 80% of the embodied carbon in one of the most unsustainable elements of the building, he adds.

Future possibilities
Nichol sees the possibilities of digitisation to make mining materials more viable in the future. ‘As we develop and use BIM models and digital twins, everything that goes into a building should be ledgered so you can effectively see a supply chain,’ he suggests. ‘Ledgers should be open source as a planning requirement – if developer is getting credit for building a demountable structure then local authorities should require a ledger.

‘Using artificial intelligence as an architectural tool to identify all the items coming out of demolition projects could potentially pull them altogether and design a building based on the availability of materials and their dimensions – structural steel, concrete slabs or CLT panels. If we started now it might take 20 years.

‘We need to design with what we actually have,’ he concludes. ‘We need to turn around our way of designing to a  much more balanced and respectful way of treating the planet.’

Learn more about Fabrix work and other circular economy examples at Long Life, Low Energy: Designing for a circular economy at 66 Portland Place until 1 April. The exhibition is sponsored by Autodesk 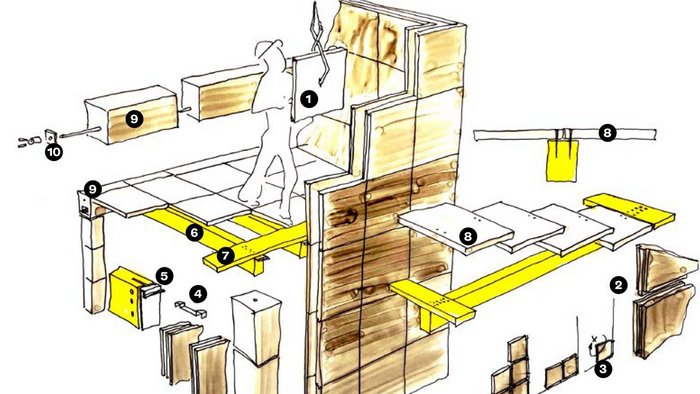