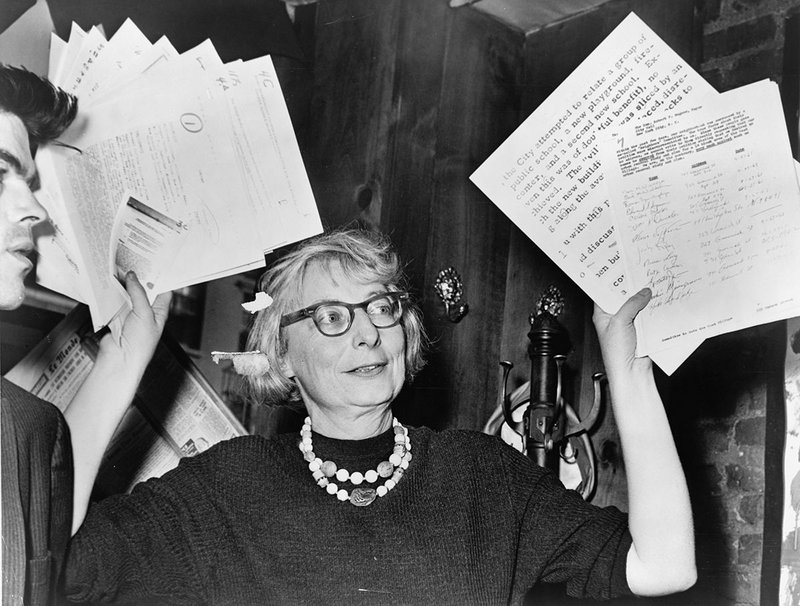 ‘This is not the rebuilding of cities. This is the sacking of cities.’ So says the influential urban thinker and activist Jane Jacobs in the new film Citizen Jane: Battle for the City.

This fascinating documentary focuses on Jacobs’ battles to save swathes of New York City from being obliterated by zealous slum clearances and road building. In doing so she is firmly established as the heroine, pitted against the powerful urban renewal czar Robert Moses, the clear villain of the piece. But at its heart, the film is more than a battle between two formidable characters. It’s about how people live and the essence of urban community, and what happens when city planners ignore this.

Jacobs (1916-2006) is best known for her radical book The Death and Life of Great American Cities, published in 1961.   The film explores the years around that time when as a New York resident and journalist, she found herself fighting schemes that, if they’d gone ahead, would have ruined large chunks of Manhattan forever. 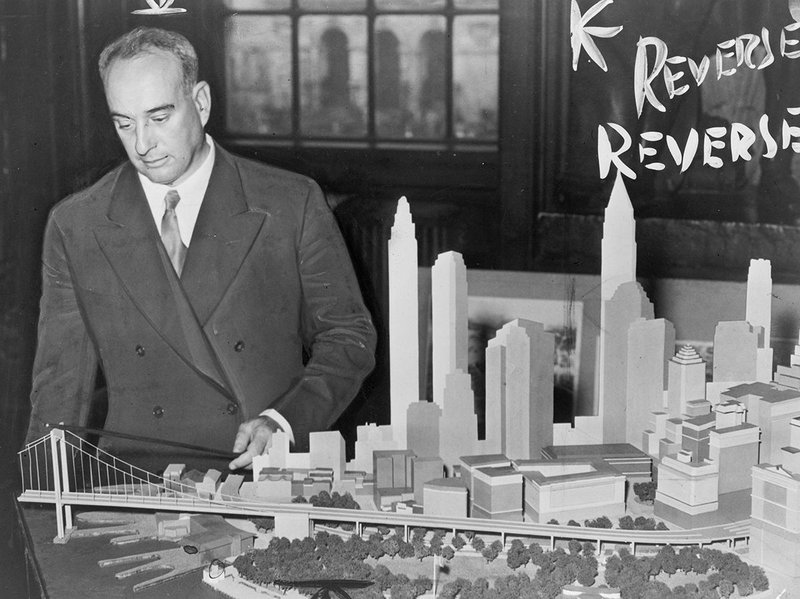 Director Matt Tyrnauer aimed to bring Jacobs and her activism to a wider audience, with contributions from many who were there at the time such as former mayor Ed Koch, as well as friends and colleagues of Jacobs and urban designers and architects including Michael Sorkin.

One of the highlights of the film is the archive footage showing the lively diversity of New York street life. This, we learn, is what Jacobs loved – the mix of people, the public spaces, the range of uses, the sheer energy of the place, 24/7.

It was, she said “a place with scope for all sorts of people.”

But the city had significant problems – poverty, pollution and unfit dwellings at odds with the more glamorous side of Manhattan. The question was, how to wipe out the problems without wiping out the community as well.  Jacobs valued the eco-system of community and the people in it, and favoured working with the existing fabric – and community – rather than starting again.

‘Cities have the capability of providing something for everybody only because, and only when, they are created by everybody,” she wrote in The Death and Life of Great American Cities.

But to Moses, people were just collateral damage in the way of his plans – if they  had to be displaced to get his project built then so be it. To him, slums were cancerous growths that needed to be cut out.

We learn how he favoured a clean slate approach of sweeping all away and starting again with what he felt was needed, informed by modernist visions of how best to live. We see quite a bit of Le Corbusier and his radical vision for Paris in the film. Moses’ vision, presented as a misinterpretation of visionary modernist principles, got rid of the streets and stashed people in homogenous high rise towers with a meagre public realm a world away from the vitality of the stoop and sidewalk street culture it replaced.

Not surprisingly, grim housing projects soon failed and turned into new slums. People just didn’t want to live hidden away and isolated in the way that Moses, and planners in major cities all over America, wanted them to. With housing projects often built at the margins of the city, it’s no wonder that some suspected a social and ethnic cleansing agenda.

The film is also a story of the destructive dominance of highways to cities as America embraced the car in the 1950s and 60s.  Moses succeeded in building his Cross Bronx Expressway, which cut the district in two and swiftly clogged up. But he was – thankfully – thwarted by Jacobs on two other projects. Jacobs’ activism was kick-started in 1958 when she mustered a campaign against his scheme to extend 5th Avenue through the much-loved Washington Square Park. Not long after she had seen that plan off, Moses proposed a major redevelopment of the West Village and she went into action again, followed by a campaign against a potentially devastating Lower Manhattan Expressway through the Soho district. 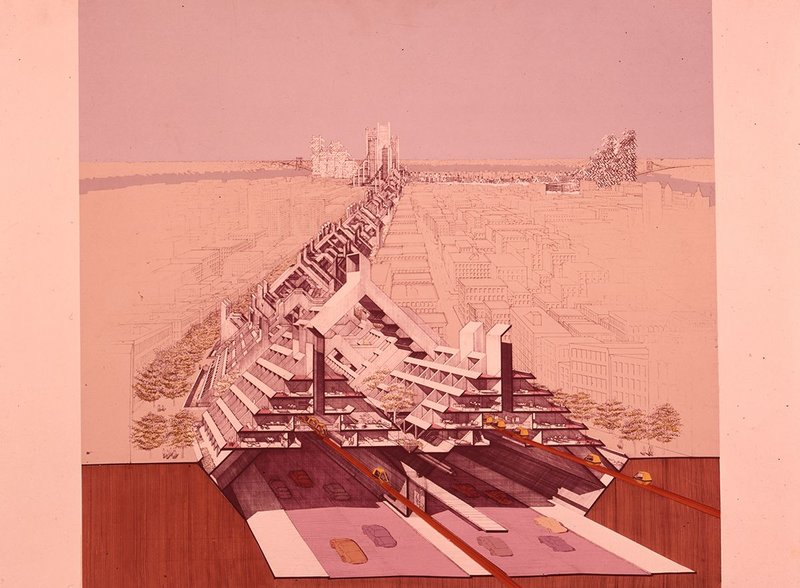 Again, she prevailed, but not before getting arrested for incitement to riot at a planning meeting.  She moved to Toronto only to get embroiled in city activism there too.

We’re encouraged in the film to see her activism in the context of other protest movements of the times – feminism, environmentalism, and civil rights. Clearly not everyone liked a woman standing up to authority. Critic Lewis Mumford, no less, patronisingly referred to ‘Mother Jacobs’ Home Remedies’ in his review of her book. Today, her views seem eminently sensible rather than radical.

‘Jane Jacobs was perhaps the most articulate voice of a movement that now seems merely common sense,’ says Michael Sorkin in the film.

While I thoroughly enjoyed this film I would have liked to have seen a little more footage of Jacobs herself, rather than so many of the talking heads assembled to comment. More detail on Moses would have helped too. We know that Jacobs herself lived in Greenwich Village, an area directly affected by one of the proposals, and was thoroughly embedded in the lively community and street-life. And what about Moses, who, to give him his due, had provided countless public park and recreational facilities over his career? Where did he live and how did that influence his views? And what happened to him after he finally resigned from his role shaping urban renewal in New York in 1968?

But quibbles apart, this is an enlightening look at issues that remain deeply relevant more than half a century on at a time of relentless worldwide urbanisation. All city planners, and architects, should see it.

Citizen Jane: Battle for the City, produced and directed by Matt Tyrnauer