The Role Model project is part of the RIBA’s drive to broaden the profession. President-elect Jane Duncan explains why this is so vital, and two of the role models introduce themselves

For me inclusion comes down to one word – fairness. If a person is prevented from accessing opportunities because of their social background, physical appearance, or any other aspect of their identity, then that’s both unfair and a ridiculous waste of talent.

The process of architecture is inherently diverse. To make any building happen you need to engage with a huge variety of people from clients and craftspeople to electricians, planning officers and accountants. In some ways an architect is like the conductor of a building orchestra and if you have a better mix of players, you have a better outcome.

I value the difference of opinion that comes with a diverse team – it brings the constructive tension that is the lifeblood of a genuinely creative environment. I like to enjoy myself in my work; if I didn’t I would just stop. I take pleasure from being among a diverse and interesting group of human beings.

It should be no surprise that those companies who are most inclusive are doing extremely well. If you have a loyal, interested and innovative team, they will be productive high-performers who deliver great work and make you more money. We need to be more explicit about linking inclusion with business strategy and the bottom line.

We are currently part of an industry that is neither diverse nor fully aware of the extraordinarily sound business reasons for inclusion. That said, there is less of a tendency to bury our heads in the sand and I do think we are in a transitional period, but there remains much to do. You have to drive change, to make it happen and I think that’s where leadership is needed, both from me personally and from the RIBA as a whole.

To make progress we have to talk to practices. They are the initiators, the beating heart of who we are as an Institute. The role of the RIBA is partly in sharing knowledge and information. It’s not about telling practices what to do. We need to convene the debate and be seen to consistently champion inclusion. We need to get better at letting people know what the RIBA is doing on mentoring, for example, or on policy development, role models and education. We need to be more ambitious about how we communicate and make better use of social media.

As an Institute we have to recognise that the issue of education is massive. We cannot go forwards with a profession that you can’t join unless you are wealthy. If people believe they can’t afford it then we’re getting a huge talent shortfall. We’ve got to offer a wider range of routes into architecture and make studying much more flexible. We have to use role models – like the people who are part of this project – to send a message that the profession could be for them. We are a creative industry, so let’s think of creative ways of getting in the next lot of talent.

I love change. For me that is what we are here for – everything needs to get at least slightly better all the time. I hope that’s one of the reasons I was elected. I don’t have very much patience and I like to see things happen. But I need and want collaborators: if we are going to be really inclusive and reach lots of people we need lots of voices, not just one.

I am radically optimistic. I believe that anything is possible if I just try – and when I hit setbacks, I simply try harder. I think this belief is in my bones; it has always been there. It’s probably my best quality but also my biggest downfall. In the real world you risk becoming a bit obsessive if you go after things that are unobtainable, but I think the phrase ‘It’s impossible until it’s done’ encapsulates my attitude.

Where does that self-belief come from? I have seen how perseverance and curiosity can pay off: they are qualities that have enabled me to get my studies sponsored, secure internships and win scholarships. I don’t think I’m trying to prove anything to anyone but over the years some wonderful people have offered me their expertise, time and support, so I try to repay that generosity by doing things in a way that would reflect well on these individuals.

One of the things I value most about an architectural education is that it equips me for divergence into many other fields. The title of my dissertation was ‘The Street That Opens On To Somewhere’ and perhaps that’s a useful way to think about where my career could go. I don’t feel the need to pursue a set path. I have an appetite for new experiences.

When I was 21, I worked for the United Nations in Nairobi as an intern. Getting in there seemed an impossible prospect as it was largely down to who you knew. I networked and wrote to people until I was able to find a way in but it’s disturbing to realise the extent to which some people can gain the upper hand because of their background. It pleases me all the more that my education and my professional experiences have been based on my own efforts and pretty much from a blank canvas.

My time in Nairobi was a formative experience because it exposed me to runaway urbanisation and stimulated my interest in how space is used in an emerging urban context. I went on to win the RIBA Norman Foster Travelling Scholarship, which meant I was able to travel to half a dozen other African cities, to understand better the growing distance between urban renewal and street life. The people I interviewed were curious about where I come from because I looked a little bit like them and a bit like someone else. With a Jamaican mother, Maltese father and having been born in London, I have three possible identities right there. This ambiguous heritage and diffuse background offers me access to places and conversations that I wouldn’t otherwise have.

How is that relevant to architecture? It allows a level of empathy, insight and connectedness. I am from an ethnic minority, neither of my parents went to university and my family didn’t have a lot of money – you need examples like this to show what’s possible, to challenge convention and confound expectation.

We live amid diversity, so with a city like London the make-up of a design team should in some way reflect the people you’re designing for. I find it uncomfortable when I’m in an environment where everyone looks, acts and thinks the same way. I think diversity, in and of itself, generates creativity. It also strengthens the authority and credibility we bring to our projects.

I’m this year’s Stephen Lawrence scholar and as much as the financial support is necessary, Stephen’s legacy is a very important driving factor. I have an opportunity that Stephen didn’t have.  I’m aware that I’m extraordinarily fortunate in the series of circumstances that have got me to where I am, and it’s not that far – I’m still only a university student.  But it’s important to take stock and realise the opportunity I have, so I can make the most of it, embrace it and stretch it as far as possible.

I was very young when I became aware of my ‘otherness’. I’m half German, so when I was in Germany I was seen as English and vice versa, which meant I was very familiar with feeling like an outsider. I remember going to primary school proudly wearing my traditional German leather trousers and getting called a Nazi. As a result I was a fairly politicised child who was sensitised to notions of difference, fairness and justice.

My German grandmother lost her husband just before the war, and was left to care for five children alone. She was Mother Courage – awful things happened but most of the family survived. After the war she decided to become a politician and fought tooth and nail to regenerate her part of the town, to deal with slums and get new buildings built. She was an early role model and showed me how powerful women can be on their own.

She was also a tremendous saver, having experienced extreme shortages. You’d open up one drawer and there would be a thousand elastic bands, open up another and there were lots of stamps carefully saved. It left me with a tremendous respect for resources – I’m very conscious that they are finite and you can’t make things out of thin air.

My time at Greenham Common reinforced this sense of interconnectedness, as well as evolving my identity as a feminist and a lesbian. It left me with a strong belief that women, and others who are not part of a dominant culture, need to work together and help each other. I remember when the Daily Express outed us over nine pages but it didn’t matter because we were part of a strong, supportive group who validated each other’s actions. It was such a contrast with being at school, where I felt I was the only one who was gay and I certainly didn’t talk about it.

I am an anarcho-syndicalist, which to me means taking full responsibility for my actions rather than abdicating my rights through a democratic process. Both my feminism and my anarchism enable me to challenge traditional ways of thinking. When I question the role of women and what constitutes a family, I can then consider the implications for design and the way space is used. On a personal level, I brought up twins with my ex-partner and I want my own experience to be represented in the way we think about architecture.

If you challenge gender stereotypes, the discussion naturally extends to encompass race, disability and other aspects of difference; it all starts to connect and becomes about culture. Implicit in feminist architecture is a way of working that promotes collaboration, is mindful of the user, values diversity and is intensely aware of the impact of what we do.

I believe that change comes through education, that’s why I’m in it. As a head of school (at Sheffield) I think I have a responsibility to positively influence students’ attitudes and practice. Life is about give and take and if the world’s going to keep on working, there is an obligation to give back something now.

This article is drawn from interviews as part of the RIBA’s Role Models project. See the interviews and more details at architecture.com 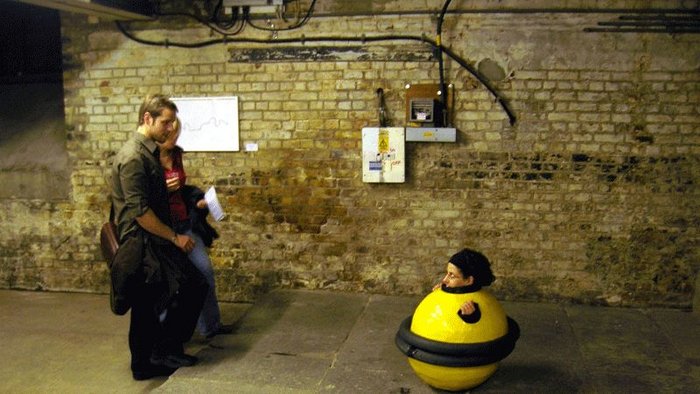 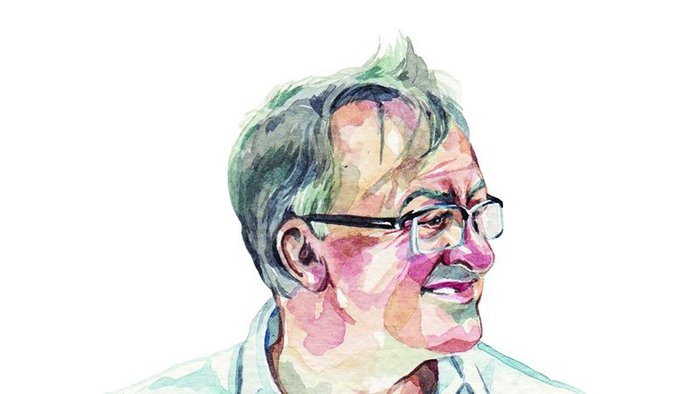 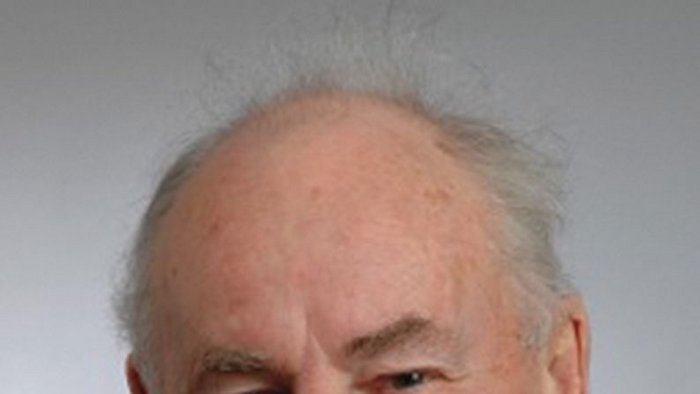