Deeper collaboration with clients, and other non-architects, is one way to move the profession on from its decades-old rut says RIBAJ Rising Star 2019 Madeleine Kessler 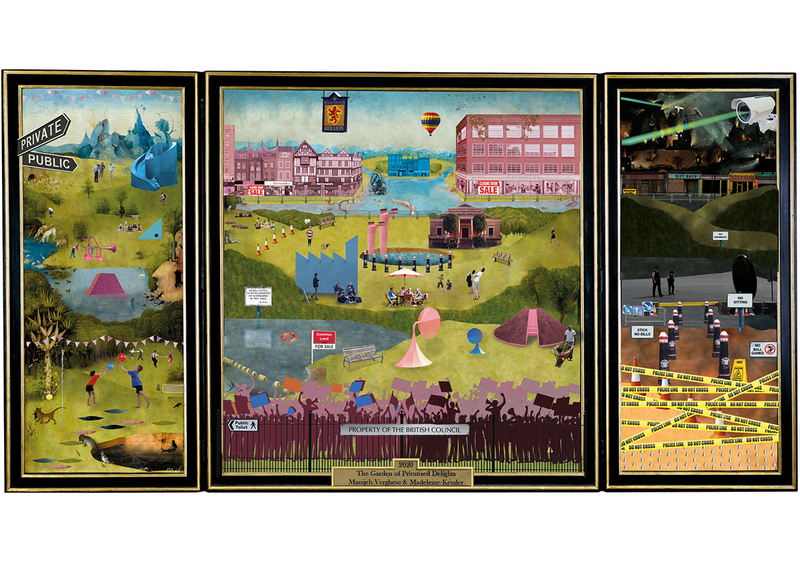 This time last year I took part in a panel discussion for Blueprint Magazine called Who Is the Architect of the Future? We looked at the evolving role of the architect and the need to challenge the status quo. Talking over a slide of an architect's office from the early 20th century, I discussed how the profession hadn’t really changed in decades whereas in other industries there are jobs that didn’t exist even 10 years ago, and said surely it’s time to challenge and redefine our role in the city. The fact we have all now spent months working from home shows change can happen fast. This global health, social, economic and environmental crisis is a once in a generation opportunity to truly reset the profession.

At university we are taught to invent briefs and question strategic decisions. But in practice, by the time a client approaches us many decisions have already been taken. The most successful projects I have been involved with have been ones where the client involved the architect from the earliest stages, such as Battersea Arts Centre, where I worked on the rebuilding of the Grand Hall while at Haworth Tompkins. By the time the Grand Hall was tragically damaged in a fire, Haworth Tompkins had already established a decade-long relationship with the client. They’d developed a collective vision by testing the building through a series of live and experimental phased projects that informed an evolving brief of interventions. When the fire happened, both the client and architect interpreted this as another moment in the building's evolution, leading to a departure from rebuilding like for like. This mutual understanding of shared values and the trust that had built up between client and architect were hugely beneficial to the project and design.

Unfortunately, clients and decision makers don’t always see the strategic value that architects can bring. Design is often seen as an add-on rather than something that should be holistically integrated from the earliest stages. The National Infrastructure Commission’s Value of Design in Infrastructure Delivery report found that one reason for this is a ‘deep-seated perception that good design adds cost and poses risks to delivering projects on time and on budget’, when in fact the same report shows there is much evidence to the contrary. Recently, we have seen some fantastic initiatives to champion design at a more strategic level, such as Public Practice and the Mayor of London’s Design Advocates. And studios are beginning to challenge traditional forms of practice through testing new forms of collaboration. For example, at Haptic we are working with the research collective Londonon to understand how architects can better work together to widen our reach. However, we are still an incredibly insular profession, and we need to do more to break out of our silos. Part of our work on the National Infrastructure Commission’s Design Group is to communicate the value that good design brings to key decision makers. Earlier this year we published the UK’s first ever Design Principles for National Infrastructure. The four principles – climate, people, places, value – aim to guide the planning and delivery of major infrastructure projects. The need for these principles has never felt more important as we rethink the evolution of our cities and urban environments.

The architect's role in the city is something that I am also exploring with Manijeh Verghese at Unscene Architecture in our project for the British Pavilion at the 17th Venice Architecture Biennale (which will now take place in 2021). The Garden of Privatised Delights looks at how we can better open up privatised public space, proposing strategies for more inclusive ownership, access and use. The project takes inspiration from Hieronymus Bosch’s The Garden of Earthly Delights, which takes the form of a triptych to frame the middle ground of earth between heaven and hell. Our interpretation of the painting looks at how privatised public space sits between the utopia of the commons and the dystopia of total privatisation. This has been a useful narrative tool in helping us to delve into the non-binary nature of what is often a very polarised debate. We are interested in how the architect is not just someone who designs and builds, but is also a communicator and facilitator of conversations that bring people together. In the evolution of the project, we have made a conscious effort to speak to those from outside our industry, including politicians, policy makers, developers, activists, community groups, young people and the elderly. The use of the painting as an interpretive device has helped to facilitate these conversations, which have highlighted that often we are working towards aligned ambitions and goals, but in isolation from one another. We can achieve so much more if we collaborate with and include those from outside our immediate circles and work together towards a shared vision.

Over the past few months there has been a heightened awareness of our surroundings, and with that an enormous opportunity to redefine our built environment and contribute towards a more equitable, sustainable and accessible city. It is more important than ever that we embed ourselves in the wider conversation about our towns and cities. As we adapt to working from home, living more locally and getting to know our neighbours and neighbourhoods in new ways, we are faced with an opportunity for our profession to also evolve. If we work together to be more outward looking as an industry then perhaps we will look back on 2020 not just as the year of crises, but as the year that we opened up and redefined our role within the city.