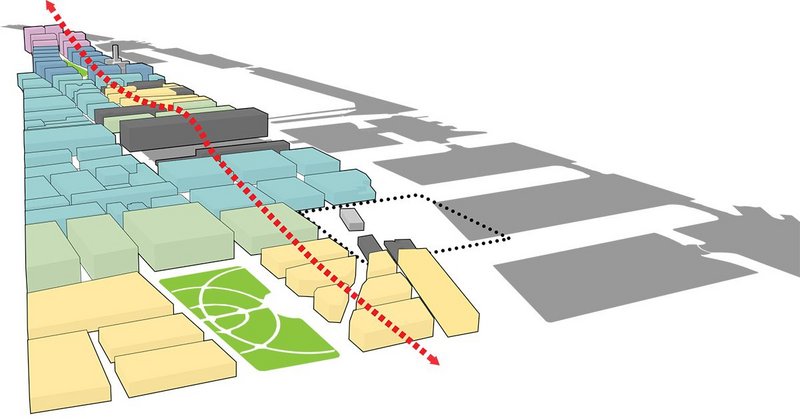 View along the corridor traditionally known as Ten Streets and the areas alongside that will be part of the spatial regeneration framework by shedkm.

Liverpool’s strong urban grain and distinctive character has enabled it to develop into one of the greatest maritime cities in the world. In the 10 years since it was European Capital of Culture, it has undergone a period of renewal and growth and is now braced for the next wave. This is likely to bring a certain amount of gentrification and an influx of new creative businesses. Coupled with this is the recent news that Everton Football Club has acquired an area of the North Docks for a potential new stadium. Surely this will result in supportive and economic growth for the area and an increase of interest in under-used sites? The opportunities are rife, but with opportunity comes responsibility.

Liverpool has seen a vast number of planning schemes submitted over recent years, including the ambitious high-rise Liverpool Waters masterplan which sits along the River Mersey to the west of the Ten Streets area. These compete with heritage assets such as The Three Graces and the Liverpool waterfront and skyline. Some developments have raised eyebrows at UNESCO, to the extent that the city’s prized World Heritage status has come under discussion.

Regeneration has been actively encouraged but, aside from the lack of overall vision, many schemes have not taken a pragmatic view of the financial viability of building high, or a conscious approach to the delivery of a continuous ground plane. Even taking expected population rises into account, it’s still unlikely that we will need to create more space in the sky – if we do, we stand to leave vast swathes of unoccupied land.

There has been some great early work in creating a vision and set of development principles for the Ten Streets area, but this would be abortive without a document that turns the vision into a set of guidelines to measure future development against. Without a cohesive urban design strategy Liverpool’s sense of place could be lost to piecemeal development.

With this in mind, shedkm and HOW Planning were commissioned by Liverpool City Council to develop a spatial regeneration framework (SRF) for the Ten Streets area – a document that goes to the council’s cabinet in January and which, if approved, will inform the future of this area of the city.

Ultimately there is no point in imagining a new place if it is not commercially feasible and if people don’t want to go there, stay there, or simply can’t get there

The SRF is an illustrative masterplan that shows how regeneration could play out over a 20-year period, and how it could evolve more positively if development is controlled. Ultimately there is no point in imagining a new place if it is not commercially feasible and if people don’t want to go there, stay there, or simply can’t get there.

Ten Streets is a unique opportunity to create something new for the city, knitting into positive regeneration elsewhere, but creating an area with its own identity that can draw footfall, jobs and visitors north from the current city centre core. It could be argued that, without this vision, sporadic regeneration could strip the North Docks of its heritage.

As a director at shedkm I have been involved in many complex and award-winning masterplans, as has Neil Lucas, partner at HOW Planning, with whom we are working on the Ten Streets vision. Between us we have worked on masterplans from Liverpool ONE and the Knowledge Quarter in Liverpool to Elephant Park in London, Ruskin Square in Croydon, and Circus Street in Brighton. Through our collective experiences we have learnt that for masterplans to be successful they need to be rooted in their local context. As one of the founders of the emerging group Placemaking Collective UK, I also believe in good and innovative placemaking: using the existing qualities and heritage of a place to its advantage to avoid creating homogenous and identikit masterplans.

It would have been easy to see the Stanley Dock complex as the only prize asset in the area, proposing demolition of all other buildings to create a blank canvas for future development. That would, however, have eroded the very essence of the place, so the first thing we did was to walk the Ten Streets to assess all buildings from an architectural, historical and structural perspective, regardless of ownership or use. Our starting point was to retain what is special about the area and spot the potential in the existing built fabric. 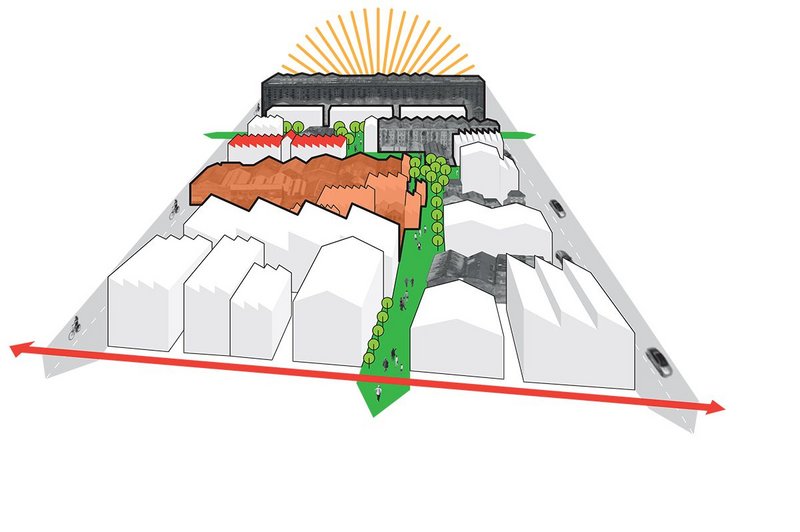 The framework includes ideas for setting up green routes.

We have subsequently created a design code to ensure that the best buildings are kept and character of the area is retained, through a mix of old and new, within controlled height parameters and a materials palette.

The character of Liverpool has always been generated by its people and this needs to continue. Retaining business, innovation, creativity and jobs at the heart of Ten Streets is fundamental to the vision. This gives it a purpose and will allow it to thrive. There is a place for residential, hotels, and leisure in the masterplan, but an affordable employment ‘heart’ is crucial to the success of the area.

I believe that there will be many years of transition but the SRF, if approved, will ensure that this is within a controlled framework of growth – businesses will have the chance to stay or be relocated to more suitable sites; new proposals will have to buy into a vision in terms of urban grain and movement through the area. Ultimately there will be a restriction on inappropriate investor high-rise and short-term input, and a much-needed emphasis on an overall masterplan vision. We hope these guidelines will improve Liverpool’s future by giving the North Docks area a more cohesive vision.

Hazel Rounding is director of shedkm. 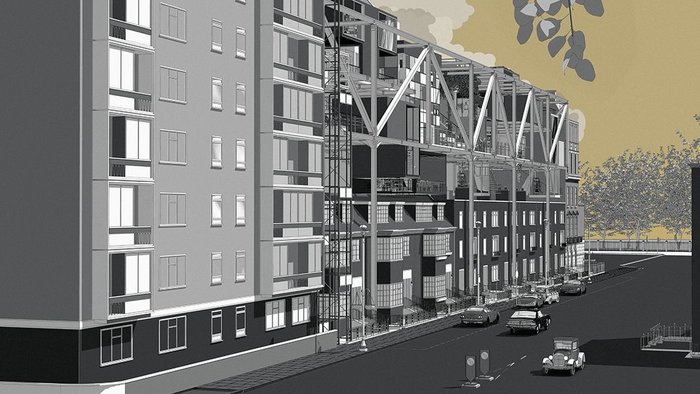 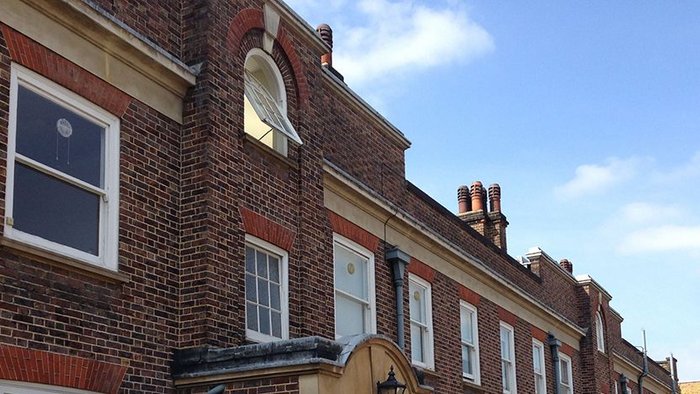 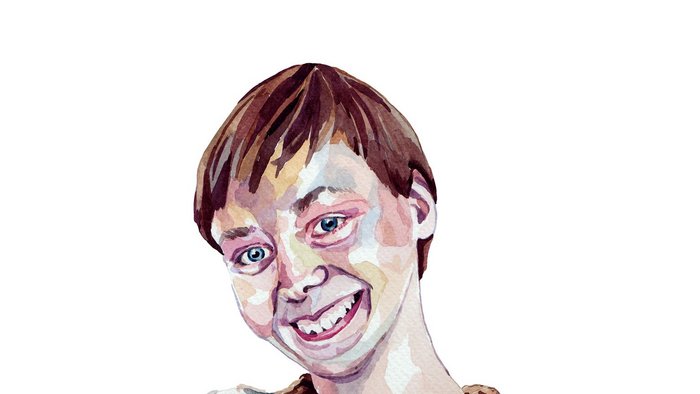 In defence of our dépense