The phone call you’ve expected for most of your life can still take you by surprise. Especially at half past four in the morning. ‘Get up, switch on the TV. There’s a tower block on fire in west London. The entire building – every floor.’ It was Ronnie King, a retired chief fire officer and an expert witness with me for the families of Lakanal House where six people died in a Southwark Council tower block in 2009. Even though we had predicted a fire like this, Grenfell Tower still shocked.

Sitting on my mother’s lap aged three, in front of an open window on 7/8th September 1940, is among my earliest memories. We watched a sight not seen since London burned in the Great Fire, as the Luftwaffe bombed London and the whole sky glowed red. The entirely preventable and predictable fire which enveloped Grenfell Tower on the night of Wednesday 14th June 2017 changed everything. It is a great historic event. Such events have toppled emperors and destroyed governments. It reminded me of that view I saw as a child, not on just one night, but every night through 1940 and 1941, until Hitler’s invasion of Russia. Anyone who was alive then, and there are fewer and fewer of us left now, still carry around the sights, smells and noise we experienced. So it will prove for all who witnessed the Grenfell Tower disaster. That experience will last for the rest of their lives.

Standing in front of Lakanal House on Saturday 4th July 2009, not 24 hours after the fire, I was asked by Tony Bird, an independent housing expert, why it had happened: ‘This building doesn’t comply with the building regulations, or if it does there is something seriously wrong with them, because buildings are not meant to behave like this.’ As it transpired both assumptions were correct. Meanwhile in Kensington, the leaders of which were no doubt full of financial genius, we have to go back centuries to find an echo of the council’s disaster response. We find it in the actions of Sir Thomas Bloodworth, Lord Mayor of London at the time of the Great Fire. Summoned from his bed he refused to allow demolition to take place to create firebreaks and expressed a complete lack of concern about the danger of the fire spreading. Dismissing the fire, he said, ‘A woman might piss it out.’ Then he went home and back to bed. The fire destroyed more than 75% of the City as he slept.

What is to be done? Do we really need any greater proof that Approved Document B (AD B) is totally unfit for purpose than the sight of Grenfell Tower on fire from top to bottom on world television screens? A building so safe that it apparently ticked all the boxes. Why then if it was so safe, did mothers throw their children out of windows? Ignorance is not a defence. There are the Rule 43 letters, also known as reports to prevent future deaths, from two coroners following the inquests from Shirley Towers in Southampton where two firefighters died in 2010, and Lakanal House. These letters went to ministers of the Department of Communities and Local Government, together with far too many letters from the Parliamentary All-Party Fire & Rescue Group.

We have a situation similar to that which faced Wren and his colleague, Sir Matthew Hale, in the rebuilding of London and drafting the Rebuilding of London Act 1666. Architects need to have the courage to face up to the fact that we need a complete root and branch overhaul of the building regulations, their enforcement, and a complete rewrite of AD B.

I have sat in far too many meetings of the Parliamentary All-Party Fire and Rescue Group where ministers say that they do not understand the building regulations on fire safety and tell us they rely on their expert advisor. Have they and their predecessors groomed and programmed their advisors over the years like Pavlov’s dogs, to give the answers the ministers expect?

I sat in one meeting where we discussed the need for the retro-fitting of sprinklers during the refurbishment of multi-storey blocks of flats. As Ronnie King patiently outlined the reasons, the then minister for DCLG pointed his finger and shouted, ‘Mr King you are in a minority of one’. When we interjected the minister leapt to his feet, threw his papers down and stormed out of the room, shouting as he went that he was resigning from the group. That was then. Grenfell Tower is now.

Sam Webb is a former member of RIBA Council and the Practice Committee. He is a member of the RIBA PCC and the Parliamentary All-Party Fire & Rescue Group. 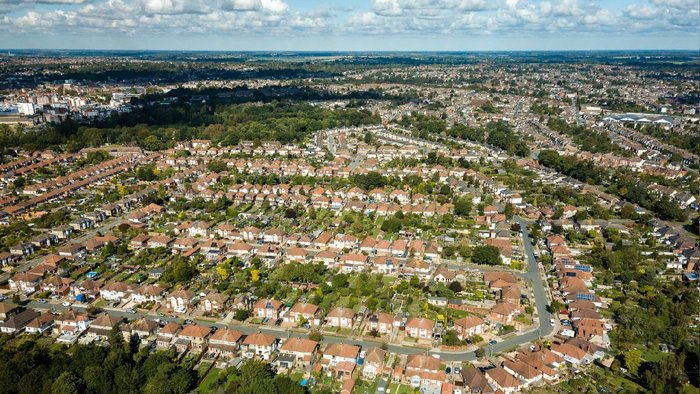