Alchemy played a part in this extension to the Old Grammar School in Lewes, West Sussex 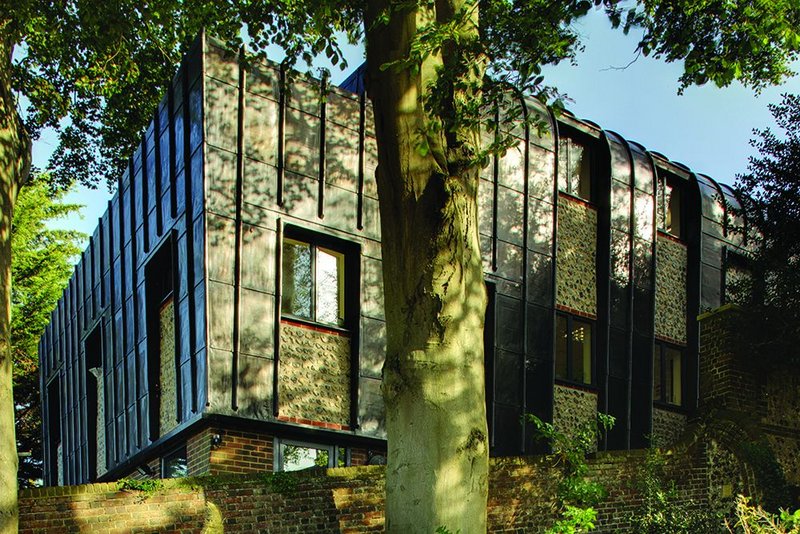 Lewes, in West Sussex,  has one of the biggest concentrations of listed buildings in the country. These include an integral part of the High Street, Lewes Old Grammar School, which has been there since the early 18th century. Since it is over 500 years old, that’s quite a recent move but suffice it to say that the pupils of LOGS (as it is inevitably called), now co-educational, are a permanent feature of the town. Even so, the school didn’t get an easy ride from the planners when it proposed to extend one of its newer buildings upwards to make two new science classrooms.

An ingenious aesthetic response to the locale by Liam Russell Architects uses a curving roof of lead sheet over a lightweight timber-framed structure. Lightness was important because this new superstructure sits on a 1970s two-storey science block, and the existing foundations had to take the weight. Lead sheet may be heavy in itself, but not relative to the whole.

The £550,000 project was largely new-build, with elements of conversion to integrate new classrooms with the building below. The leadwork is interspersed with panels of local flint: existing windows were replaced to relate to the new structure. The key design principle, agreed with English Heritage, was to wrap the lead cladding and flint panels down to the heads of the ground floor windows.

Liam Russell says: ‘The use of lead was key to the acceptance of the design, as both lead and flint are traditional to the area and imbue a feeling of quality and a conscientious approach to the work. Lead and flint used in a contemporary idiom, and improvement to the existing building, were critical in obtaining the support of English Heritage and Lewes District Council for the project. All parties felt that lead was the most true, high-quality material to work with, in particular when dealing with a legacy as long as the school’s.’

But there was another reason for using lead. Given the age of the school, Russell thought of a medieval alchemist, stooped in his laboratory, struggling to turn base metal – lead – into gold. The shape of the building, which unlike the materials is unusual for the area, derives from that. It’s a nice touch.

Winchester architect ­Chaplin Farrant ­Wiltshire designed organically shaped double-curved rooflights for a pair of dance studios in nearby Eastleigh – part of the expansion of The Point Dance Centre. Set on top of pyramidal roofs finished in terne-coated stainless steel, these forms needed a more malleable material. Lead sheet was the obvious choice. 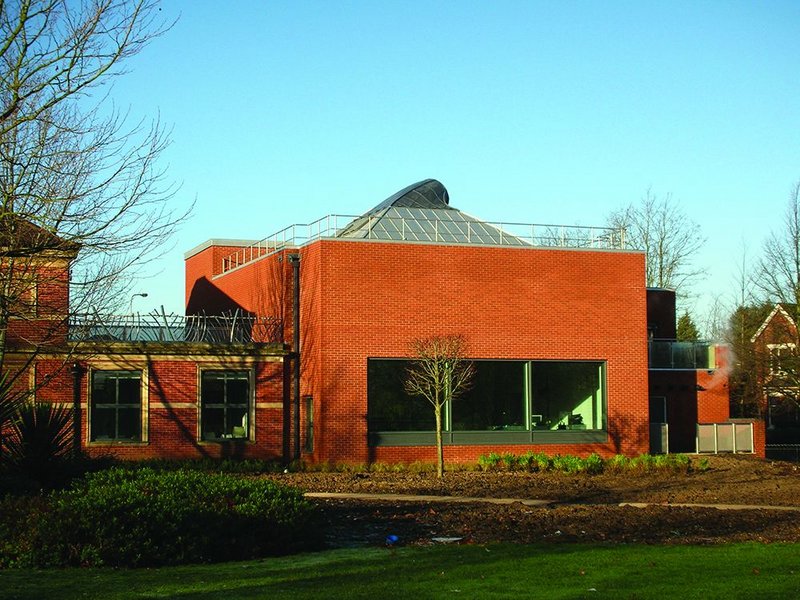 The bespoke forms were made by local boatbuilders, with the leadwork applied by GSLsouthern. They provide north light for the studios. Architect Philip Davis of CFW describes them as: ‘A unique and attractive design as well as a showcase for what is possible in lead sheet.’

As time passes and weathering occurs, the two materials are – as the architects predicted – starting to match in colour. 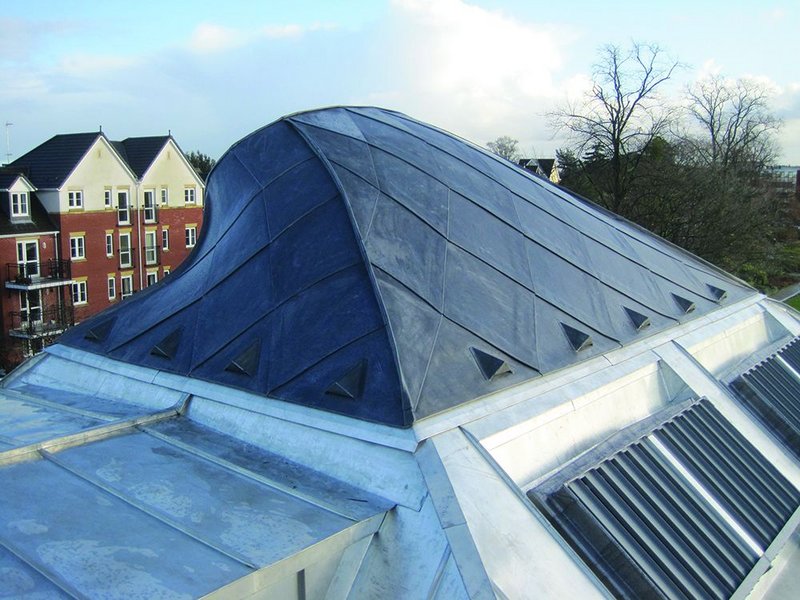