Our response to the housing shortage is broken; its effects deeply damaging. We need a different system built on different values 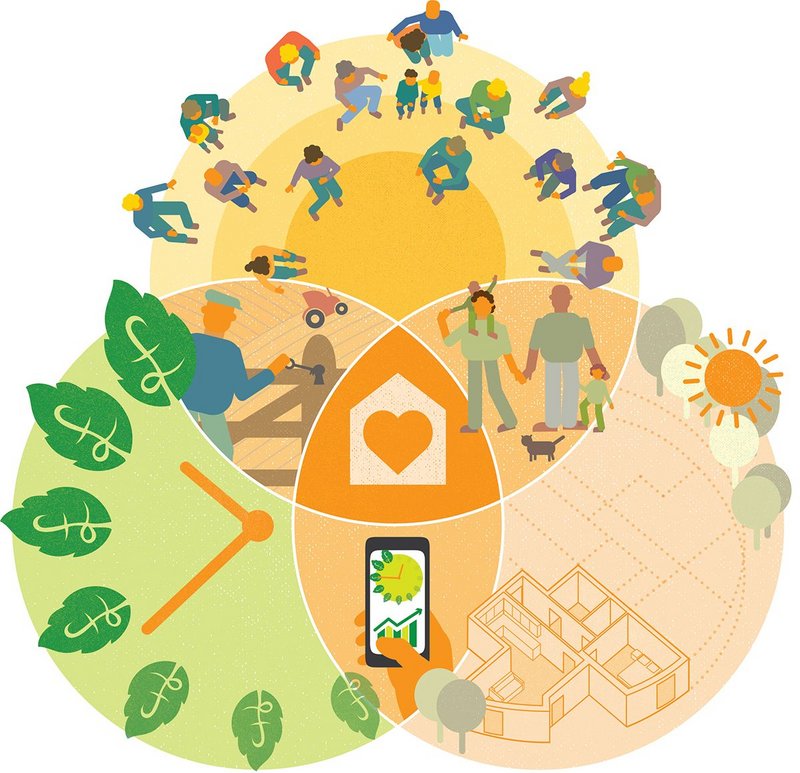 Architects have been complicit with the UK’s policy to boost new supply. This is despite the fact that an unimaginable level of housebuilding would be required to sate the unbounded investment demand for UK housing.

The architectural profession itself identifies most new homes as being too small to meet the needs of the people who buy them. This increases housing space inequality, and so undoes one of the defining achievements of the 20th century. Younger households must choose between the social costs of overcrowding or the capital costs of moving.

While the market serves most households well, it is highly restrictive for younger ones, particularly dual-career households who are often tied to large but unaffordable metropolitan areas.

In a well-functioning housing market, this mismatch might not matter because economists expect homeowners to move short distances when their needs change. But the time available to accumulate the home equity required to trade-up will limit the options for younger households.

The costs of trading up include stamp duty which encourages expanding households to tolerate small spaces for longer and shrinking households to remain in large houses. This misallocation of space is reinforced by the failure to reform council tax, further reducing the return flow of housing stock. This has only added to affordability constraints in market conditions to which younger households are most exposed.

These examples show how regressive and inefficient institutional systems – rather than a shortage of homes per se – have led to space inequality and its consequences for welfare. These can include a ‘snakes and ladders’ pathway of house moves and tenure switches which may account for some of the 26% of households returning to private rental from owner-occupied housing. House moves are known to be worst for children and the elderly and the more frequent can increase the risks to younger children of developing behavioural issues in later childhood.

Architects could excuse themselves from being the authors of these welfare costs. After all, the profession has lost influence to speculative housebuilders for whom spatial quality is determined by corporate interest and market knowledge. Indeed, in our tenure-divided society, the supply of compact housing could be considered a reasonable market response to meet a narrowing seam of demand.

Demand is now so constrained that 60% of renting households in the south east and 30% in the north east would have to spend more than 30% of their income on housing in order to buy a home. However, using the market as an excuse ignores the centrality of our institutional system in manufacturing housing demand. It also ignores the corrosive effects of the current policy project to expand new housing supply on the value of design. As a result, architects have lost the authority to leverage value from design services.

This loss of influence has reduced the design process from one of unique professional skill and knowledge to a goal-based system of procedures, designed to self-regulate risk. The retreat to risk-management over design value includes the mitigation of planning, compliance and viability risk, as derived from a residual land value.

Two misunderstandings lie behind architects’ loss of influence. We have blindly accepted a singular economic interpretation of the UK housing situation, and failed to engage with the market risks that generate so much of the real cost of a home.

By engaging with other disciplines, architects could address these two failures and regain some of their influence over the design of good homes. Economists, for example, recognise that there are in fact three interpretations of the UK’s housing situation.

The first view is that high house prices relative to other prices can be explained by insufficient house building, alongside strong demand growth. It follows from this position that a deregulated planning environment is required to unleash new housing supply – typically led by the private sector.

The second view is that the current institutional system of fiscal and monetary policy has skewed housing distribution to the advantage of existing homeowners and older generations. It follows from this view that despite historical precedent, a suite of tax reforms would level the intergenerational playing field.

Architects have blindly accepted a singular economic interpretation of the UK housing situation, and have failed to engage with the market risks that generate so much of the real cost of a home

The third view states that the current housing market is in fact a commodity market in which price is the dominant criteria that connects buyers with sellers. This has the effect that uncertain demand is the primary risk to speculative developers who add a premium to development finance which creates an unnecessary barrier to viability. It follows from this view that a new, ‘matching market’ mechanism for exchange is required, through which agents could be paired with some one or something.

Of these three interpretations, the expansion of the existing housing stock called for by many economists – and broadly facilitated by architects – has had most traction with policymakers to whom its deregulatory agenda appeals. In practice however, the expansion of new supply would have to be both substantial and sustained to noticeably affect affordability.

Meanwhile, holistic thinking about alternative housing tax and tenure policies has been woefully absent in the UK government. There is therefore an opportunity for the architectural profession to expose the effects of the current institutional system on housing outcomes, while promoting alternatives and steering policy towards institutional reform.

A new style of home occupation could change the relationship households have with risk and reward, improving affordability by reducing the price volatility associated with both developing land and owning a home. Equity finance and new experiments in matching markets, such as Nightingale Housing in Melbourne, offer solutions that could provide stability and resilience as standard.

Such resilience could be achieved by combining membership (rather than ownership); deliberative design (rather than speculative design); and new ways of organising shared and private spaces in multi-dwelling housing (for example cohousing). This could dissolve the binary distinction between owners and renters to make housing a civilising part of the ‘ordinary economy’, rather than a complex, credit-based instrument, and make  moving home a choice rather than a circumstance.

Philip Graham is an architect, partner and researcher at Cullinan Studio. He was a RIBA Journal Rising Star in 2016

While this article is drawn from 35 separate pieces of research, most are journal articles and difficult to source. However, the following recommended texts are online or in bookshops:

Meen, G (2018) How should housing affordability be measured? (University of Reading for the Centre for Collaborative Housing Evidence)

Ryan-Collins, Lloyd and Macfarlane (2017) Rethinking the Economics of Land and Housing (The New Economics Foundation)