The performance gap can be reduced with little risk if you can get the contract wording to fit expectations, reducing inefficiencies and keeping everyone happy 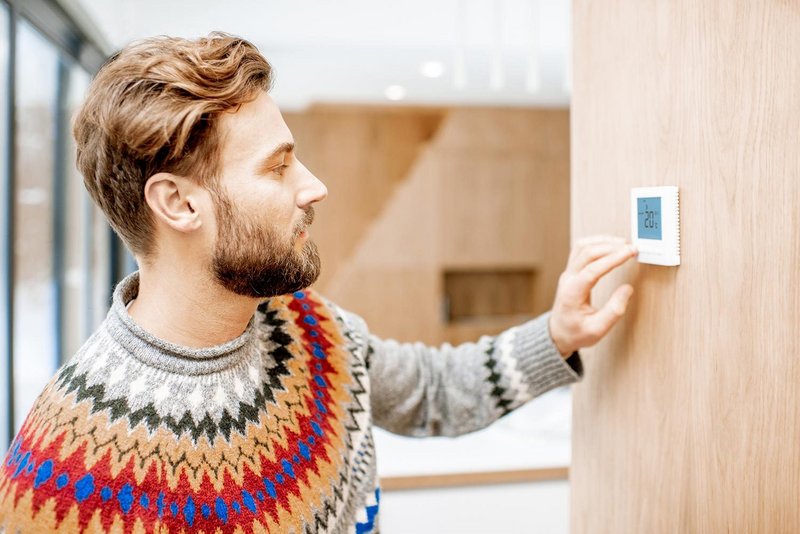 Getting the temperature right for a space is fraught with problems, but the contract wording can make a lot of difference. Credit: Istock

A post-occupancy evaluation can reduce building operating costs and increase occupant productivity. But what happens when it shows a building's performance is not meeting the expectation of its original design?

Building operational failures can be regarded as 'teething problems' common with 'settling in' and are often blamed on poorly drafted contract requirements.

Building owners and contractors' failure to understand contract mechanisms is a leading cause for dispute in the construction industry.

Building performance is traditionally measured on completion of the static works – a stage commonly referred to as 'commissioning'. Some may consider that innovation, such as with the methods and technology used to validate performance, has progressed more rapidly than the case law and legal interpretation associated with building performance.

The future operation of a building is more likely to fail as building owners become less familiar with modern methods of construction, and more reliant on the language of the contract where building operation and performance is defined.

Last year, a POE case study by the Chartered Institute of Building Services Engineers (CIBSE) found that actual energy usage was 22 per cent more than the original design intent. The major causation of the increase was identified as technical issues (such as the operation and performance of the equipment) and a minor change in the building's operation.

To demonstrate the relationship between building performance and the language of the contract, consider an intended room temperature and the possibilities at the point of possession. These are listed in the order they are most likely to occur while executing a JCT standard form contract:

Points 4 and 5 may also be considered good practice, and operations and maintenance (O&M) manuals may include this information. However, some may say that the quality of O&M manuals varies drastically from contract to contract. Ultimately, it is the owner's responsibility to procure an appropriate maintenance contract, this may be primarily driven by budget rather than quality.

Points 5 and 7 are the least likely to be an obligation of the contract. However, they may be the real intentions of the building owner and meet a considerably higher standard than points 1 and 2.

Some may consider points 6 and 7 to be too onerous an obligation to place on a contractor. However, consider that a POE identifies that by performing at an efficient temperature the building's energy consumption could be reduced by 30 per cent for its lifecycle, as was suggested by research of North American buildings last year. This saving could far eclipse the cost for the installation of the original system.

Further, consider the importance of a more complex, critical system with multiple interfaces. For example, a basic commercial office block may have a huge range of complexity in systems, such as fire suppression or building management system (BMS).

Avoiding the actual intention of the building if the future operation falls into dispute may encourage a 'merry-go-round of buck-passing', as counsel to the Grenfell inquiry Richard Millett called it.

In contrast with the JCT, the NEC standard form includes an explicate clause for tests and inspections. Understandably, the NEC does not provide the level of detail required for testing, as this is generally specific to the building. It encourages building owners to define the works, and expects them to have the knowledge and understanding to do so.

In a FIDIC contract, tests on completion are covered in a prescribed clause. It is the owner's obligation to detail the procedure for the test and the expected outcome. Passing the test on completion is a precondition to the taking-over certificate so it is vital that the detail of the test is defined by the owner to allow completion.

If the building owner fails to define the test on completion, the parties may incur difficulties when executing the contract.

This type of contract mechanism is common in power and utility projects, such as power plants and renewables –for example, wind turbines. The mechanism serves the purpose of ensuring projects operate, function and perform as per the owner's requirements.

The mechanism is not so common in commercial building projects, despite common failures in the performance and operation of the building that may lead to significant financial loss.

Can stakeholders mitigate potential loss from performance gaps identified in a POE?

There is an opportunity to narrow the gap of knowledge and understanding between building owner and contractor. Greater consideration of the language of the contract can be made when drafting completion provisions that complement a building's future operation and performance.

Commercial building owners often construct singular bespoke projects. In comparison with contractors, owners may be considered less familiar with construction contracts and building performance. Therefore, there may be a greater reliance on consultants who may be less familiar with the owner's business needs and the actual intention of the building.

When procuring a construction contract, building owners have near limitless contract types and clause options available relevant to completion, handover and future operation.

Can poor operational performance be considered a defect?

Latent defects are those which are hidden, or unknown and usually become apparent after the defect's liability period.

A failure in the operation, function, or performance of a building would not necessarily be considered a defect unless it was explicitly referred to in the construction contract, such as a standard or specification. If it was considered a defect, it may be difficult to dispute, calculate and demonstrate a loss.

Similar, failure in the operation, function, or performance of a building would unlikely be considered a defect in a lease unless specified in a service level agreement (SLA).

For example, if a heating system was being operated inefficiently by a tenant after being commissioned by the contractor, it would only likely be considered a defect if the contract documents or SLA were explicit on how efficiently the system should operate.

Therefore, despite O&M guidance, it is still common for building owners to be unfamiliar with, for example, how to correctly and efficiently operate the central heating system.

If building owners are unsatisfied with the building's systems interface and are unaware of the extent of the building's inefficiencies, there is likely little or no recourse for a claim. However, the cost of running a building inefficiently can be significant over the lifecycle of a building.