Building up a practice is a challenge enough. But can the disruption caused by something like a pandemic be turned to advantage? 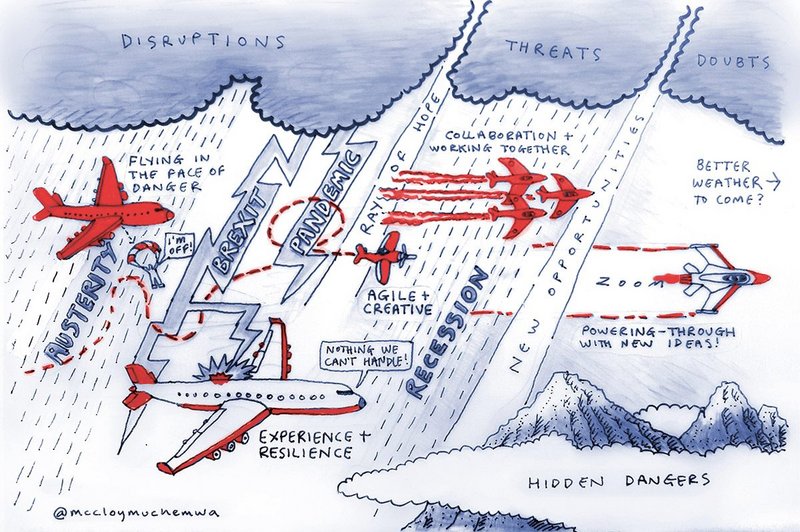 Is the evolution of a practice strategic or one big opportunistic adventure? When we began interviewing practices 18 months ago to discover how they navigate the thresholds of emergence, maturity and succession, we couldn’t imagine how dramatically their resilience would soon be tested. For the final piece in this series we look at how disruption – whether due to economic recession, changes in government policy or personal circumstance, or unforeseen events such as global pandemic – can interrupt a practice’s trajectory, in the best cases setting it on a completely new evolutionary curve. 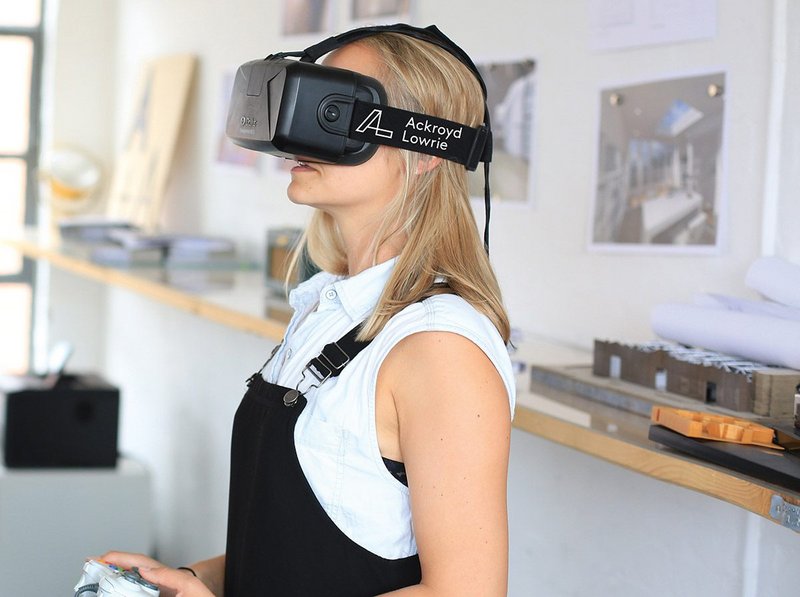 Ackroyd Lowrie see the importance of innovation to survival – from VR headsets and beyond. Credit: Ackroyd Lowrie

In previous articles, we identified forward thinking, shared values, lack of ego and space for individuals to ­develop as important foundations for a resilient practice. The most successful practices use moments of arrival along the way as opportunities to set the tone, recharge the team’s energy and act as a springboard towards the next. Is it possible for moments of disruption – rather than arrival – to act as similar opportunities for practice evolution?

For many larger practices, disruption is an inevitable part of the business cycle: they have weathered storms before and have systems in place to adapt. Covid-19 has presented a specific set of challenges in that the pandemic is global (meaning it’s not just a shift in geographical markets), and it is not manmade. However, it demands similar ­tactics from the leadership to other crises. Established practices are often more resilient because they tend to have a more collegiate approach, relying less on a single figure to mobilise the response.

Arup’s shared values, for example, and Grimshaw’s distinctive internal spirit, mean people instinctively rally to the cause in times of disruption. Chris Harding, chair of BDP, echoes this. ‘We’re built on the idea of constant change, which allows people the freedom to express themselves and act intuitively. It’s autonomy within a collective idea. Our design for the Nightingale Hospital came not from a considered strategic effort driven from the top, but from one of our team pulling together the right people, quickly.’

Changes in government policy can also create significant disruption to practice workflow, as Penoyre & Prasad discovered in 2010 when the Building Schools for the Future (BSF) programme was abruptly stopped. ‘We survived because we had our feet in several sectors,’ says principal Mark Rowe, ‘but also because we weren’t siloed. Our practice structure was fluid enough to adapt.’ This flexibility has seen the practice through more recent disruption, first when it merged with Perkins+Will in late 2019, and of course during the current pandemic. ‘We’ve now spent more time working in lockdown than we had in our new shared space,’ he ­continues. ‘But to me the effect has actually been to bring the wider team closer. Adversity has had a bonding effect and helped us to continue developing our new working culture.’

There is a temptation in times of uncertainty to batten down the hatches, cut costs and hope that the business will survive intact. None of the practices we spoke to considered this defensive approach a positive strategy; most, while acknowledging that disruption was often painful, were far more proactive in their response. Some, in fact, saw it as a distinct opportunity to reflect on, and re-set, what they are doing. Jo Cowen Architects, for example, is focussed primarily on the residential market but – in order to meet the very specific needs of clients in that sector – has calibrated its approach to take in development and investment as well as architectural design. ‘During the Covid-19 outbreak,’ says founder Jo Cowen, ‘we’ve taken the opportunity to look again at our client needs, anticipating how they are likely to move, and repositioning ourselves so that we can best suit the emerging scenario.’ 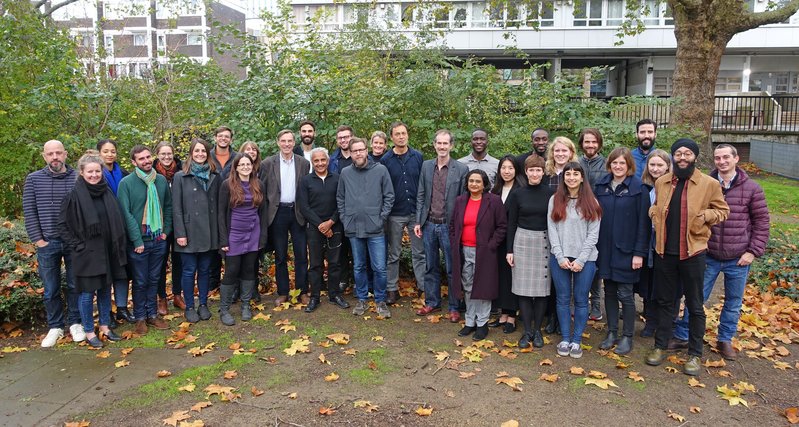 Other practices have used the pause of the pandemic to take stock of where they are and, amid the cacophony of voices offering their reflections, are calling for a radical rethink. Joe Morris of Morris and Company, speaking from a mountain of models as part of the Architecture Foundation’s 100 Day Studio series, suggested that many of us have simply taken the bad habits of the real office back into our locked-down, virtual one, whereas this should be a moment to consider the studio afresh. ‘Our methods are weakened if we merely try to do “business as usual”. It isn’t just about how we work from our bedrooms; it is also about how we view the value of our work, and those involved in or affected by it.’

This impulse to look at things through a new lens is vital. The practices that stick rigidly to their usual ways of working are more likely to disappear in times of disruption; those who survive tend to be those who make a virtue out of a crisis. A useful perspective is to consider how you might set up a new practice under the circumstances. As Chris Bryant of alma-nac says: ‘Whether you’re setting up from scratch or are more established, at a time like this we’re all start-ups in a way.’ Despite – or maybe because of – the fact that it is nimble, alma-nac has consciously taken time out during lockdown to explore what the likely changes will mean for it. ‘Architecture starts from an optimistic standpoint, and that’s what we’re focusing on,’ says alma-nac co-founder and director Caspar Rodgers. ‘There is only learning.’

Surviving uncertainty – no matter its cause – almost always demands creativity. Dan Nation, co-founder of the Redundant Architects Recreation Association (RARA), was working in a shared workshop space at the time of the 2008 financial crash. As co-workers disappeared overnight, he and the other members of the East London Design Bureau decided to take on the space as RARA. ‘It was an open workshop available to hire for the many architects who had been forced into inactivity. There was no set hierarchy or remit. Our direction shifted according to the skills and outlooks present at any one time.’ Collaborative Design and Build (Co-DB) has since evolved out of RARA and the same values and flexibility that attracted members following the economic recession seem newly pertinent in a post-Covid world.

Fiona Scott of Gort Scott Architects suggested that crisis might even become the new normal, taking into account the current, parallel challenges of climate emergency, pandemic and social unrest. Set up after the last recession, the studio grew out of the academic practice of the founders, Scott and Jay Gort. ‘The way we taught is the way we’ve ended up practising,’ says Scott. ‘Until now we’ve been quite organic in the way we do things, but Covid-19 has accelerated the need for clarity around our values.’ Refining or re-emphasising a practice’s culture and spirit seems to be an important ingredient for survival in times of uncertainty.

Like many of the practices we spoke to, Gort Scott also emphasised the importance of collaboration. Informal groups such as the London Practice Forum, London Architects Group and Londonon bring together like-minded practices to lobby for positive change, promote ethical standards and share resources. For Joe Morris, collective working is both a means of surviving crisis and a hoped-for outcome: ‘It is blindingly obvious that we are interdependent, and that the virus itself is a manifestation of this. We must reflect on the fact that we are all part of a complex system, and that system – and our practice – should use all of its talent to support the interests of all.’ 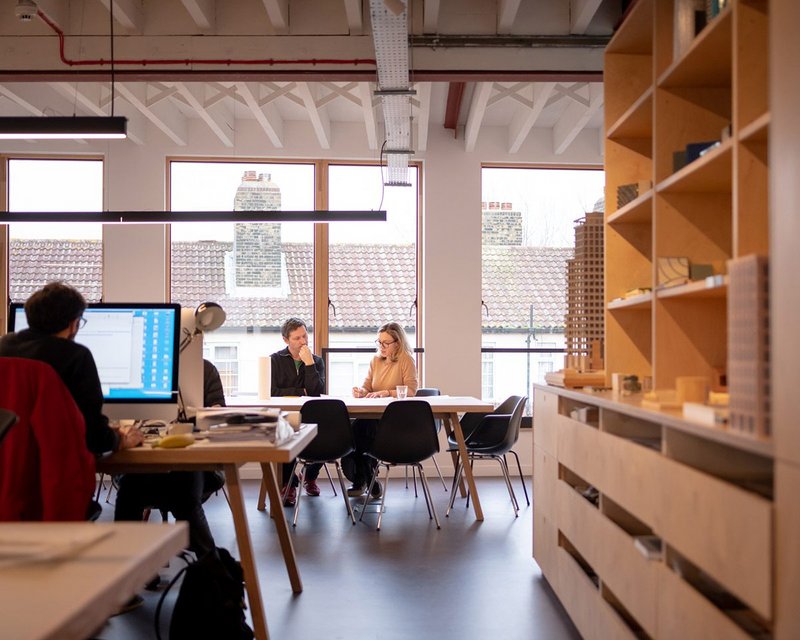 Sometimes, disruption can also bring about the unique set of conditions that signal a practice’s big ‘moment’, giving its work heightened currency and acting as an important threshold in its evolution. Ackroyd Lowrie, for example, has focused heavily on the use of virtual reality since forming four years ago. Oliver Lowrie says: ‘It’s obviously a difficult time for everyone, but we set out to change the way our industry works by embracing technology and the pandemic has accelerated the need for innovation.’

The most resilient practices in times of disruption are likely to be those with a clear purpose and strong identity. They will value collective thinking, whether this is intra- or inter-practice, and demonstrate the creativity, energy and attitude to adapt to circumstances. They will be equipped with a strong reputation and a network of supportive contacts. And they will have optimism about the value of architecture – and architectural practice. As Chris Bryant of alma-nac says: ‘Recessions inevitably bring huge amounts of pain as existing structures crumble, but they also bring new energy and opportunities for us to rethink the way we work.’

Emma Keyte is a communications consultant and writer 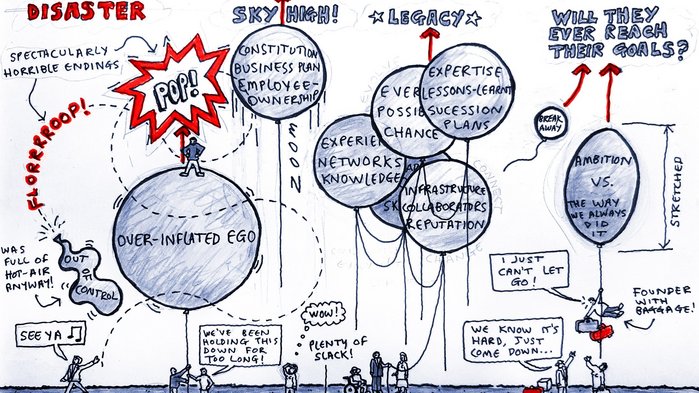 Talking about the next generation 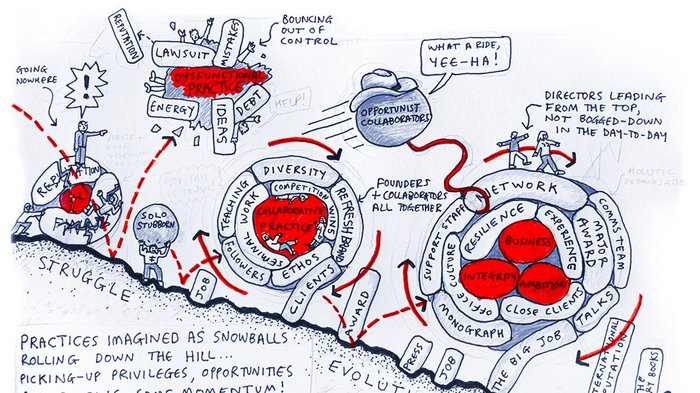 Banking on first success: Establishing and evolving a practice