We might love to hate standards, but we all know they are useful, and can help guide as well as enforce 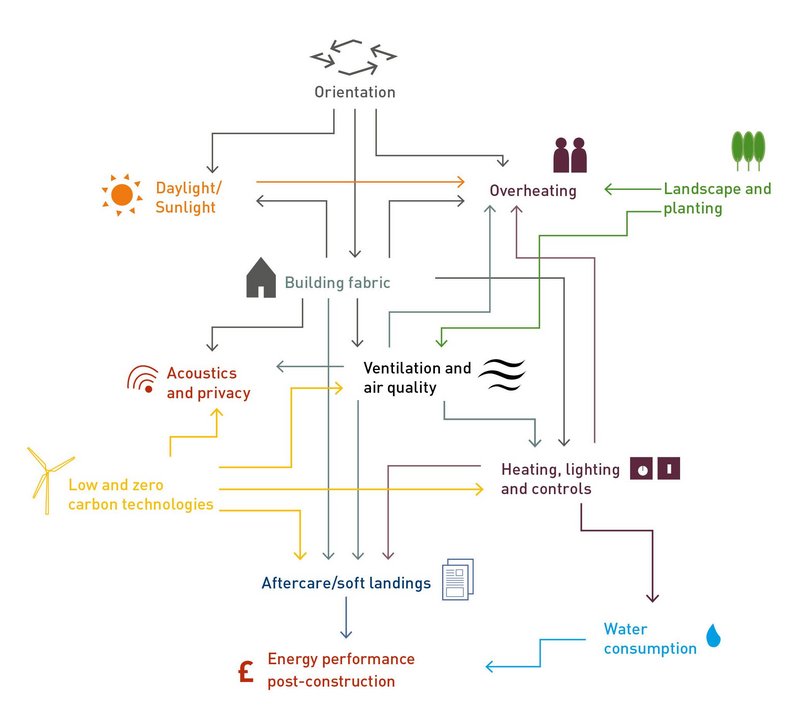 Architects have always had a love/hate relationship with standards, particularly when it comes to housing. But most of us probably do feel that some basic safeguards are necessary to prevent unacceptable outcomes. We might also agree that no amount of standards guarantee a good outcome, and that imposing too many is as bad as imposing too few.

The word ‘standard’ is conveniently ambiguous. We tend to use it generically to include some of the Building Regulations and Approved Documents (also used interchangeably), local planning policy requirements (which are effectively standards) and good, or best, practice guidance. And then there are the various Codes of Practice and British Standards. While it feels right to have a set of documents that set out definitive best practice, it’s hard to warm to anything that is priced by the page. If we have to pay at all, my preference would be an inverse relationship between pages and price to make the BSI focus on what really matters.

The lines between ‘acceptable’, ‘good’ ‘very good’ and ‘excellent’ are hazy. All are relative, not absolute, and depend on context and expectation. I recently visited Havana where much of the housing is extremely beautiful but dangerously decrepit. Drainage, sanitation and street-lighting barely exist, most houses are now in multiple occupation, overcrowded and with only walk-up access; rooms are dark and hot and there is very little privacy or soundproofing. Buildings regularly collapse.

Back here, the housing is ‘safe and sound’, and relatively accessible and energy efficient, particularly our newer homes. This is largely due to the Building Regulations which, broadly speaking; ensure that outcomes are ‘acceptable’. These basic performance levels become culturally embedded as the least we should expect. Standards go further and attempt to define, and reward, the good, very good and excellent (or, in the case of the ex-Code, the near-impossible). They tend to cover more of the softer issues too. To take the age-old maxim, ‘Firmness, Commodity and Delight’, regulation generally deals with firmness (though Parts M and L stray into commodity), and standards with commodity (though they also wade into firmness, and dabble with delight). 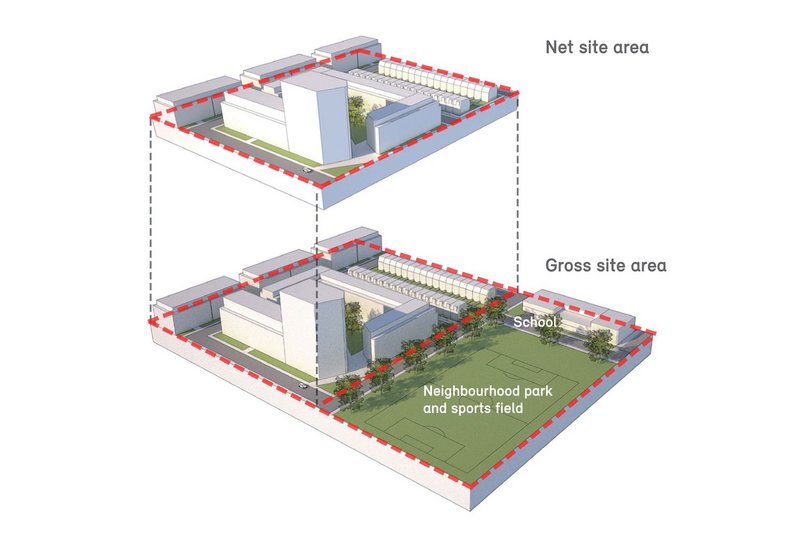 Thanks in part to standards, most of our newer housing is fit for purpose, as well as safe, but it would be hard to describe it as beautiful. Many of our oldest and coldest homes are also the most sought after – largely because they do offer delight. Aesthetics are dangerous territory for standards (enter the design guide) and it is the innate sense of proportion, and pride in craftsmanship, rather than any written rules, that has led to the enduring appeal of Georgian and Victorian housing.

When Levitt Bernstein was commissioned to write a handbook of housing standards for the National Housing Federation (NHF), we knew we would have to wrestle with these issues and tread a fine line. Coming in the wake of the government’s Housing Standards Review (HSR) and the continuing onslaught of red tape challenges to remove barriers, a book of standards could easily have felt like bad timing. But for many reasons, we felt it was very necessary. The HSR has not yet delivered on its promise to streamline and simplify (so there is confusion to clear up) and its remit was always to boost supply, not raise quality.

The handbook is therefore partly about redressing that balance. Quality is particularly threatened when, as now, demand far exceeds supply. To be blunt, you can sell anything in London today. During the 2007-9 recession, I was struck by the words of the then Dublin City Architect whose team had been working hard on a set of housing standards for the city. This was during the boom before the bust that left the market saturated with new homes. Suddenly there was no need for standards, because only the really good housing was selling at all. Developers had to compete on quality as well as price. As Britain now needs at least 240,000 additional homes per year for the next decade, relying on consumer pull is not an option.

The NHF also wanted the handbook to be a one-stop resource, a definitive, good practice, briefing tool for its membership of housing associations – clients who understand long-term value and build for people who can’t just move when they want a bit more space.

We therefore make no apology for the fact that there are a large number of standards. The important thing is that they are clear according to status. Colour coded and organised in short, topic-based sections, it is clear what you must do (baseline Building Regulations) what you may have to do based on decisions taken by the local planning authority (the new ‘optional requirements’ for accessibility and water, and the national space standard) and what else you might choose to do. The vast majority of standards, including all those that cover the public realm and placemaking, are in this third, discretionary group.

Diagrams, tables and text explain when CHP (combined heat and power) makes sense, why choosing a window is not as easy as it sounds, and what a ‘Category 3’ apartment actually looks like. This is more about helping people to make sensible choices than telling them what to do.

Self-interest lies at the heart of this (and I don’t mean the fee for writing it). Architects have to be on the ball with the new regulation and standards, and, crazy though it sounds, we rarely get a project brief. We see the discretionary standards as useful prompts – things that we, and our clients, will have to consider and eventually come to some sort of decision about. Having these layers of information and choices in one place should facilitate that conversation, and save time. We hope it will also help our clients place more value on what we do.

The RIBA fights for better housing by lobbying the UK and other national governments for change. To sign up to the RIBA Political Update bulletin email public.affairs@riba.org.uk 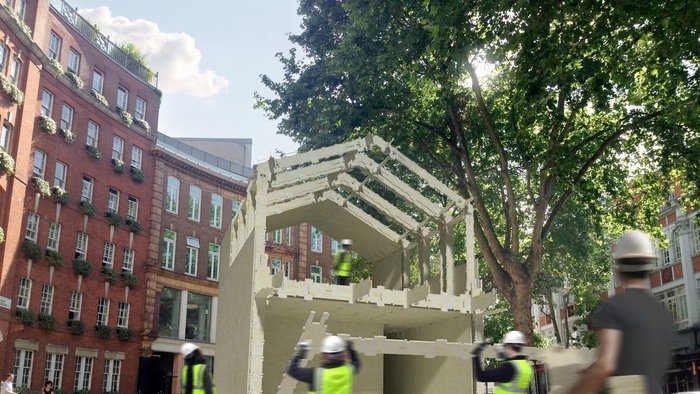 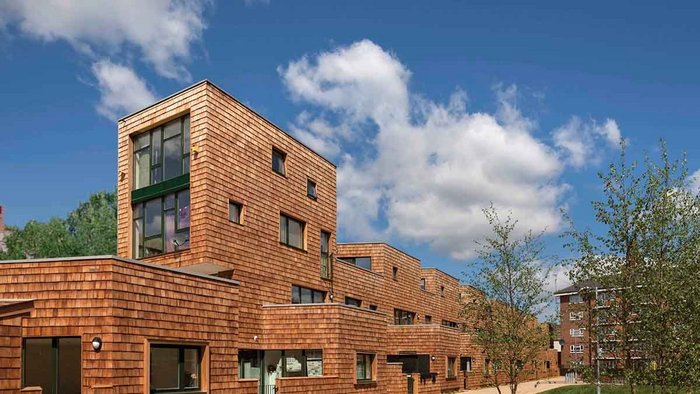 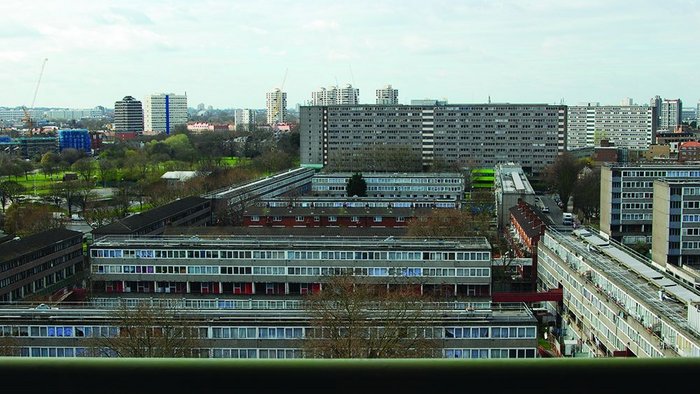