As VW feels the fallout from breaking its promises, architects Irena Bauman, author of How to be a Happy Architect, and Dhruv Sookhoo, ethics investigator, tackle some everyday ethical dilemmas 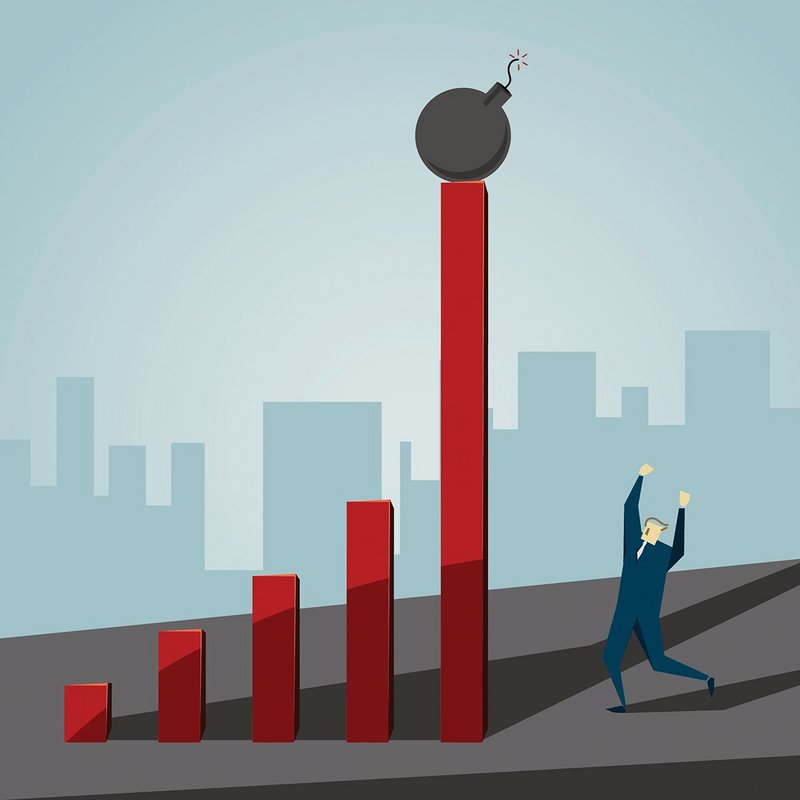 Your practice claims to be driven by a commitment to sustainability. Having monitored a recent project, you discover a major gap between design and as-built performance. The press is awash with coverage of the project’s green credentials, the client is ecstatic with a prestigious award, and a second phase is looming. Should you set the record straight?

Irena Bauman This is very straightforward: you absolutely have the responsibility to bust the myths. If you don’t set the record straight you will be complicit in propagation of incorrect information – you will be actively participating in lying by not taking corrective action. Lying, I am sure we would all agree, is unethical, especially if it fuels the natural tendency in architects for vanity. Telling the truth about our work is not something we have been trained for.

Dhruv Sookhoo Your immediate responsibility is to help client and project team interpret the information and institute remedial action. When everything is in place to reduce the gap in the next phase, is there still a need to publicly correct the record? Yes, if in doubt, tell the truth. False claims may lead others to energetically adopt certain methods over more appropriate ones, or simply erode confidence in future genuine claims.

But upholding abstract environmental principles may harm project partners in concrete commercial terms. Being frank with the team may motivate consensus about how best to confess, while limiting embarrassment, with a request for the reward to be re-evaluated as a start. Such collective responsibility is, however, a rare thing. What is unhappily sure is that an architect breaking cover to place public or profession ahead of the client’s interests may have a clear conscience, but risks isolation and hardship.

As one who has spent several years on NHS projects, you see an advert to help a community design and build a health clinic for women and children in a remote village in a developing country. You book your tickets and arrive in the village to find the major funder of the clinic is a religious community with set views on women’s place in society. What should you do?

IB ‘Partial knowledge’ is often cited as a justification for working with clients who have values that we might consider unethical. ‘Having no option but to continue’ is the excuse given for not taking corrective action when the unethical values previously unknown are revealed. Neither are acceptable strategies for failing to make ethical choice. Architects should ask questions about who they are working for, where the money is coming from, who makes the profit generated with our work and how these profits are spent, before they take decide to take on a commission.

When, as in this case, a naive architect commits heavily to a project on partial information only, there is an additional complication of wasted resources which can cause a certain reluctance to take an ethical stance. The core ethical question in this case is whether architects should play the role of agents of positive change by using our ultimate power to say no to some projects. We can and should choose what we get out of bed for.

DS Refusing to provide design and construction expertise to address public need is potentially denying an already marginalised group the means of improving their lot in health terms and beyond.

It would be reasonable to begin the project following due diligence, such as ensuring the funds were sourced through legal means, and by setting very clear expectations about behaviour during the project. Later on, if the client prevents the architect from managing the design process to achieve the agreed aims, it would be worth questioning whose interests the commission is serving.

It may seem almost selfish to reject the chance to improve the life chances of a deprived community, in order to preserve individual integrity. It would be moral cowardice to use fear of criticism as an excuse for inaction. Yet sacrificing your own credibility is no platform from which to promote the interests of vulnerable communities. The judgement you must make on the ground has to balance the two.

You are delighted to win an international commission to build a new government building in a country emerging from years of civil war. Your design was selected as a fresh start for the fledgling democracy, but peers criticise you for engaging with a government previously associated with the politics of repression. How do you deal with this criticism?

DS Separate out ill-founded disapproval from constructive criticism to pick up fresh insights into such dilemmas, and use them as a check when considering how best to respond to subtle, ethical challenges which are likely to emerge as projects progress in alternative cultural settings.

Working in an unfamiliar cultural setting requires architects to actively reflect on how they apply and maintain the standards expected of them by their profession and the public at home. This requires a more robust, energetic approach to promoting ethics than might be taken for granted at home.

If you decide to proceed, you must be confident your team can maintain the professional autonomy needed to realise a project that embodies the democratic values intended in the competition entry, by means that match your own principles. Doing other­wise risks cheating an international client looking for the ethical behaviour and values associated with the UK, combined with design expertise and effective contract management.

It would be moral cowardice to use fear of criticism as an excuse for inaction. Yet sacrificing your own credibility is no platform from which to promote the interests of vulnerable communities

Your boss has just been promoted to project director. Her new appointment was met with genuine enthusiasm. In fact she is the reason you applied for your job. At a consultant meeting everyone is respectful towards her as she begins to chair the meeting, but as you get into the technical issues you are surprised that the team increasingly defers to you, as a man. How should you handle the next meeting?

IB We all work in teams – the reason to go to the meeting together is that these two people have complementary skills and acting together is more effective than acting apart. It is quite often the case that architects who make good project directors are good strategists and people managers but other members of the team may well be stronger on day-to-day details of the project and technical aspects. The key issue in this situation is to make correct judgement on whether other participants are deferring to you due to gender discrimination or due to you having better technical knowledge of the project. If it is the latter this should not be embarrassing to your boss and you need not do a thing except include her in the conversation. If the former I would guess that your boss will handle this herself by contributing competent comments – after all she has just got promoted on her merit – but of course you could help by deferring the questions back to her.

DS Try challenging these more pernicious forms of discrimination through your own positive professional conduct. At the next meeting a subtle tactic to deploy may be to openly ask whether your senior colleague is satisfied with the technical explanation given. This will reassert the value of her expertise as a leader and experienced practitioner. Addressing suspected discrimination by incremental, accumulated action may not demonstrate personal ethical credentials as quickly as breaking into an impassioned speech. But in this setting, and without clear proof, challenging suspected sexism unexpectedly during the meeting would likely place the senior colleague in an impossible position in her role as chair, and as your superior.

You are commissioned by consortium of developers and affordable housing providers to bid for an opportunity to develop some housing. Having won the bid and outline planning permission you are reappointed with a new director as client. You then begin to receive a flurry of diktats instructing what amounts to a major cost cutting exercise. To what extent should you defend the project’s early vision?

IB There is always a power relationship between the client and the service provider – in this case between the developer and the architect. The client is always more powerful because it sets the brief and is paying for the service. A change of client often brings a new agenda and the circumstances of a project can change for many other reasons – projects evolve with every stage of procurement. There is nothing unethical about cost cutting per se unless the construction becomes unsafe – there is an ethical obligation on the architect not to build unsafe buildings. So I suggest that the ethical question is less about ‘What extent should the architect defend the old vision?’ than ‘What level of cost cutting should the architect attempt before resigning the commission?’

DS By continuing with the commission the onus on the architect is on exploring the possibility of negotiating a new vision. Pick relevant battles if it is impossible to renegotiate. If meaningful compromise can be achieved that matches your principles and business aspirations, it is ethical to support the client to achieve financial goals and deliver well-designed, much needed housing, even if exceptional design might now appear unobtainable.