Chun Qing Li had a dream – and determination. It got his pavilion built 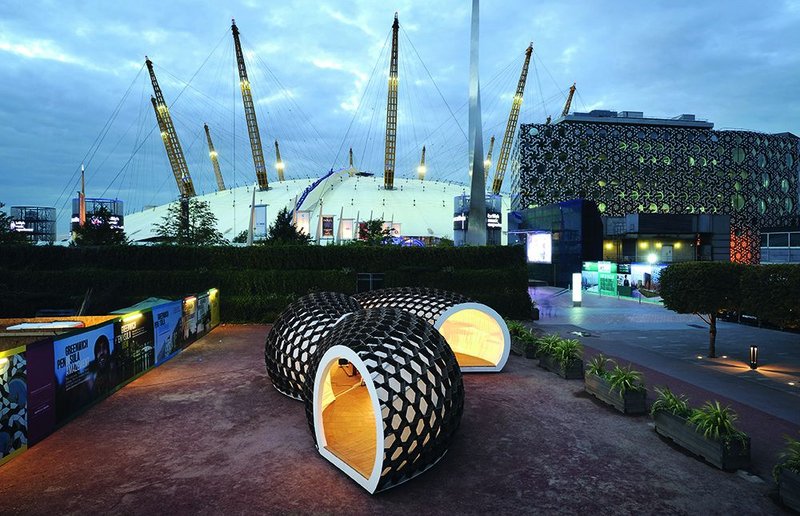 Apple has the same access, talent, technology, marketing condition and the same consumers as other computer companies, so how does it continue to lead innovation?

As a typical architectural student I did not have the recipe for success. But I had a dream of building a pavilion. When I showed some rough sketches of my ideas to my colleagues, they said: ‘It’s impossible!’

The challenge was not only to solve the design issues, but also to raise the money. How to finance such a challenging project during the recession? How much would it cost? Who would build it? Where to exhibit it? And that little problem of how to find the time to do it; at the time I was completing my part II, then I got a full time job and was also doing my Part 3.

I couldn’t answer all the questions, but I believed. So I started approaching companies as a salesman for the sponsorship. After thousands of attempts, rejections and failures (I sent out around 5000 sponsorship sales pitches via post, email, phone and meetings and spent about £2000 on envelopes and stamps), I have inspired a range of people and companies to believe in my pavilion design, Kreod. They have kindly provided products and services: space from developer Quintain, advice from Ramboll and Evolute among others, timber from Kebony, and labour from many.

Kreod is a demountable pavilion of three seed-shaped pods that can be configured in different ways to create an exhibition space which is also a landmark structure. Inspired by nature, it is made of interlocking hexagons.

In the end, as my role was the main contractor, I quit my job: I had to be on site to make sure the project was delivered and also to take responsibility for health and safety. But my role in this project was not to solve every single problem – it was to create an environment that would make it a win-win for everyone involved and ensure the project was delivered. People worked on Kreod not because they had to, but because they wanted to. They saw it as a great opportunity to learn new skills and gain valuable experience. Those involved in the construction included a scientist, police constable, artists, architects and designers.  And interestingly, a third of the construction team was female.

I was developer, financier, architectural designer, salesman, sponsorship liaison, human resources, project manager, main contractor, builder and end user. It has been a physical and emotional marathon over the last three years –everything beyond design was completely outside my comfort zone. Yet there was no one pushing me to do this. I was motivated by a desire to achieve for the sake of achievement. Last September the pavilion was launched in front of the 02, where it remains until this summer, bar a spell at Ecobuild.

I hope the story of Kreod will encourage and inspire others, especially unemployed architecture students and qualified architects. If I can do it, you can do it. You don’t know how much you can you do until you stand up and try.

As for me, I am working on property development and the next pavilion – which I want to get built by the end of 2013. And I want to get the Part 3 out of my way.