Graffiti isn't always an annoying clean-up cost – it might be a windfall. But check who owns it before you try to cash in 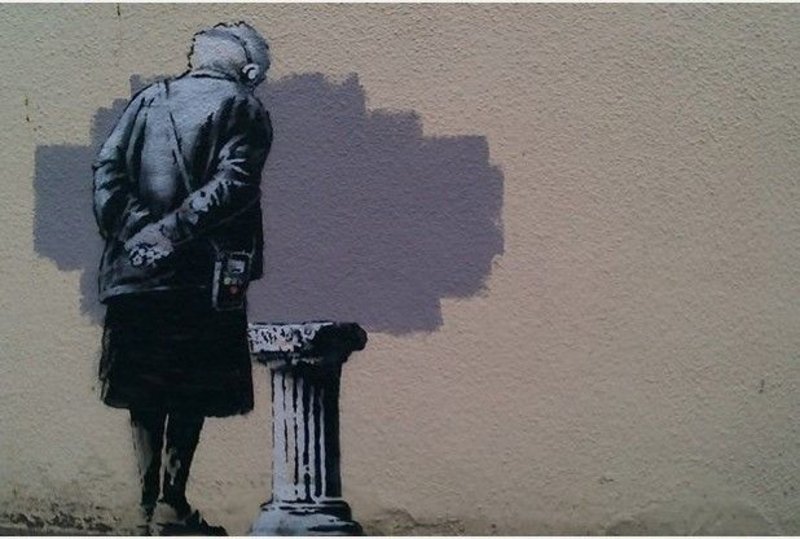 Art Buff, the Banksy artwork that Dreamland tried to sell.

The estimated cost to the UK for cleaning up graffiti is over £1bn. London Underground alone believes it costs up to £10m a year to replace all its glass etched with graffiti and £2.5m to clean up other forms. The local authority is usually responsible for the cost of removing unwanted daubings from public buildings and British Telecom, Adshell or the utility companies are responsible for their property.

Those caught causing graffiti can be liable under the Criminal Damage Act 1971, although prosecutions are rare. Despite this, the last decade has seen the rise of street artists such as Banksy and Bambi whose work is highly prized. The most expensive Banksy sold at auction in New York for $1,870,000 and this was several years ago.

Imagine, therefore, if you own a building which is defaced overnight by a Banksy or Bambi . Who would own it and who would have the right to sell it? Would it be the street artist who has effectively trespassed upon the property and committed criminal damage? Would it be the owner of the building? Or would it be the tenant if the property was let out? If, as a potential buyer, you were aware of  the existence of street art on the exterior of the building you were buying, at what stage could you remove it ?

Some of these questions were answered last September by the judgement in the case of The Creative Foundation v Dreamland Leisure Ltd and others, heard in July.

On 28 September 2014, a Banksy mural appeared on a flank wall of a building in Folkestone. Dreamland was the commercial tenant of the building under a lease for a term of 20 years. The mural attracted a good deal of publicity and the wall became a mecca for other graffiti artists to spray their work. The local authority placed a Perspex cover over the Banksy artwork to protect it.

By 3 November, Dreamworld had chiselled out the artwork from the wall and then shipped it to New York ready for sale. The artwork had an estimated value of between £300-£470,000 but at auction was likely to command more. The Creative Foundation took an assignment of the claim from the freeholder of the building  and brought the present action to recover the wall so that it could be brought back to Folkestone where it would be retained for the local community.

Dreamland argued that it was entitled to take ownership of the mural as it was obliged to keep the building in repair under its lease. It said that by taking away a section of the wall and replastering/repainting it, it was complying with its obligations – and the remaining waste belonged to the company.

The judge disagreed. The wall could have been painted over to remove the mural. By chopping out the wall the tenant had created a chattel. As every part of the building ultimately belonged to the landlord, then the defaulting position is that the piece of the wall with the Banksy mural became the property of the landlord.

Although in other cases where the graffiti was valueless it would follow that the landlord would not want the chattel, this was not the case here. The case of Elwes V Brigg in the 19th century was cited as authority for this.

So the Creative Foundation was successful in its claim and received the potential windfall.

What about the situation where a building is being sold with such an artwork? This situation arose for one of our clients who was buying a building which had a Bambi painted on one of the doors. There was much excitement in our office as we advised the client that, if the seller did not retain the right to remove the item between exchange and completion, the artwork would form part of the sale. Unfortunately for our client, the seller’s solicitors emailed through a revised contract moments before exchange which included a clause reserving the seller’s right to remove and replace the door.

The moral of all this is that buyers should always inspect their purchase before exchange and, if a graffiti artist has been at work, should not assume that it is just a cost to clean up. You never know, it might be a windfall.

Penningtons Manches is a law firm with offices in the City of London, Basingstoke, Cambridge, Guildford, Oxford, Reading and San Francisco