Infrastructure has a huge impact on all of us all the time. This RIBAJ/Knauf seminar tackled how to bring the value of good placemaking to an often squeezed branch of design 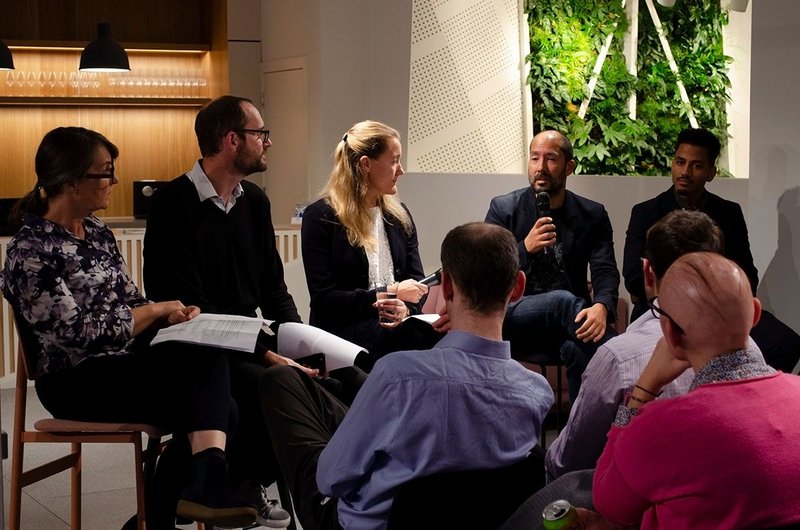 Remember that government-backed competition to come up with an innovative and beautiful design for the humble electricity pylon? Danish engineer Bystrup’s winning T-pylon hit the headlines in 2011 and was all set to debut at Hinkley Point. Government energy regulator Ofgem disapproved, however, declaring that the additional £65 million cost of Bystrup’s T-pylons was not justified to mitigate the project’s impact on the local landscape. National Grid, which has so far only erected a test line of the pylons at its training academy, is still aiming to go ahead and install 116 T-pylons at Hinkley next year.

The story sums up part of the challenge with all things infrastructure-related; this is a sector where political will and cost considerations dominate projects large and small. The impact of such decision making can be seen not only in our legacy of infrastructure but also in its surroundings, particularly where road or rail routes are driven through countryside or communities. Such fracturing has often resulted has its own technical term: community severance.

But the country’s stations, pylons and other infrastructure are exactly the kind of projects that need architects, argues Kate Hall, design director with the High Speed 2 (HS2) rail project. ‘These projects are not like working on the tallest skyscraper, but don’t underestimate the change that architects can make in a field where they don’t often tread,’ she warns.

HS2’s approach to design, with its independent design panel and focusing on people, placemaking and future flexibility and adaptability, is far from the norm. Research carried out for the RIBA’s recent report, Joining the dots: A new approach to tackling the UK’s infrastructure challenges, found repeated examples of poor-decision making in public bodies. These decisions, it said, were often geared to meeting short-term political or financial objectives, and distorted by the cost-benefit analysis model for projects needing government approval or funding, which is laid down in the Treasury bible, the Green Book.

The business case for design could be improved through a greater focus on post-occupancy evaluation of design, argues Hall: ‘There’s a currency of learning from when things don’t go well – that bugbear of when you can’t get where you want to in a station.’ Just look at people struggling to move wheelie cases and pushchairs because there is no dropped kerb, she points out. That missing dropped kerb is no accident.

‘It generally means that somewhere there has been a value management exercise and something got dropped. We can all learn from these compromises,’ Hall continues. ‘Sometimes there is a need to articulate the cost of poor design.’

Hall was speaking at the third in a series of debates on the theme of Space in Architecture, organised by The RIBA Journal in association with Knauf and chaired by Holly Porter, founding director of Surface-to-Air. The debate’s speakers highlighted some of the key considerations when placemaking with and around infrastructure projects.

‘When bringing in infrastructure it is important it doesn’t disrupt existing streets,’ says Ed Parham, director of Space Syntax. ‘There are patterns to how people move.’ This and other factors need to be thought through at a range of scales, he adds. ‘Things that look small, like if a tram line is level with the ground or not, will have a big impact on whether someone will cross a road there.’

The introduction of a station can be accompanied by broader disruption and redevelopment that can leave an area in a state of flux for years, Hari Phillips, partner with Bell Phillips Architects, notes.

‘There’s often a time when the community is building around it, so there’s the question of how you create a sense of place over time. Do you do it using meanwhile uses?’ The regeneration of King’s Cross in London, constrained by railway lines, a road and a canal, was a positive example, Phillips says. ‘They have worked with the heritage assets they have and built public realm around that.’

In other locations, placemaking involves remedying past infrastructure wrongs, particularly those relating to cars. A prime candidate for change is Milton Keynes, famous for its 130-plus roundabouts, where Assael Exteriors is ‘trying to reclaim space from vehicles,’ explains Donald Roberts, senior landscape architect with the firm. ‘People think that’s about introducing trees and green, but it’s actually about providing a whole variety of spaces.’

Technological innovation will continue to drive change in the UK’s infrastructure and could also present opportunities.

‘One of the biggest challenges in making places is that there’s no requirement on infrastructure organisations to work together to make public realm. In London utilities suppliers won’t budge – there are competing commercial interests,’ says Kay Hughes, founder of Khaa. ‘There’s a point where technology for renewable energy will start to break down these structures.’

Space Syntax’s Parham is more cautious about some of the concepts being discussed to reshape cities for self-driving vehicles. ‘The focus should be more about cities being for people coming together – or we’ll get a city that works for that technology and nothing else.’ But modern data gathering offers the potential to align infrastructure and placemaking with health and wellbeing, he says, pointing to a recent project by his consultancy that has modelled walkability and obesity across a neighbourhood.

Such data may well help to strengthen the business case for design in the future, but that still leaves the challenge of negotiating politics, where relatively short terms of office conflict with the protracted periods needed to deliver many infrastructure projects. HS2’s Hall stresses the importance of putting the right message to the right people: ‘When you talk outcomes you can unite people. HS2 is long term and has cross party support so it is possible. Also, the civil service behind the politicians is agnostic and they drive policy and advise ministers.’

She adds, ‘Look to the people who stay around so that they understand value, and articulate our benefits in terms like productivity that they care about.’ When all is said and done, Hall’s message for architects is frank: ‘If you don’t get excited by infrastructure projects and lobby to be involved, then don’t complain.’