An office scheme born more than a decade ago has seen its facade adjust with recession, regulations and recovery, with a multi-faceted result

Rather than an all-glass facade, one fifth of the south side of the building is insulated

Some 80 different types of glass, not to mention iridescent steel panels and aluminium-coated mesh, have been incorporated into the ­facade of 10 Brock Street, Wilkinson Eyre’s £116m office development near Euston Station in London.

When the practice won the British Land job back in 2003, a far plainer cladding solution was envisaged. But by the time the 49,239m2 project went ahead – after waiting first for ­other parts of the Farrell-masterplanned Regent’s Place development to complete, and then being delayed by the economic downturn – a rethink was needed to conform to changes in Part L, and to meet the developer’s desire for larger floor plates.

‘Part L was ratcheted up so we had to redesign the facades and bring them up to performing better by introducing solid parts,’ says Wilkinson Eyre director Giles Martin, adding that crucially they were able to make the changes without reapplying for planning permission. ‘We turned it into a positive.’

The original design was for three separate towers of different heights, linked by two narrow atria, to give three independent floorplates within the development. This had evolved in the five years before the project went ahead but was decisively changed shortly before construction to instead create one floorplate, a larger lift block, an atrium and three cores – one in each building – positioned towards the rear and sides. This provided large, 38,500ft2 floor plates on levels 2-3 to suit tenants such as Debenhams, which took floors 0-5 in a 45% pre-let. At the same time, the reworked facade is not only more energy-efficient but is also more distinctive, with a greater impact on the new plaza which it ­addresses to the south.

The more complex facade was delivered as a unitised bespoke system by Swiss cladding contractor Scheldebouw, with glass from German firms BGT and Interpane, and was only possible within the budget because of the keen state of the market at the time of tender. Rather than an all-glass facade, one fifth of the south side of the building is insulated. Solid, insulated panels within the bespoke ­anodised aluminium frame system create a more energy-efficient fabric, while allowing the remaining 3.9m high windows to appear as clear as possible and up to 3.4 wide, maintaining the overall effect of a highly glazed building.

‘By putting in insulated panels we still had floor to ceiling glass, but incorporated feature panels too,’ says Martin.

Planning permission was originally for coloured panels behind glass. After considering and rejecting dichroic glass, the ­architect ­instead used rigidised, anodised, polished stainless steel panels with an iridescent ­appearance ranging from purple through to green. Having seen this used on Frank Gehry buildings including the EMP Museum in Seattle and Marqués de Riscal winery in northern Spain, it chose to use them differently behind glass. This, says Martin, makes them appear more precious. The highly ­insulated panels measure up to 3.9m high and 0.5m-1m wide, to give further variety to the already lively ­elevations.

Fritting for the east and west-facing elevations added further complexity, with each ­layer of glazing requiring two processes. On the outside of the outer glass surface, the fritting dots are baked on with enamelled paint while a low-emissivity soft coating on the inside deals with the sun. The inner pane has a silver grey part frit facing in and dark blue facing out, the inward-facing neutral colour matching the anodised mullions. These different shading treatments contribute to a three-dimensionality in that part of the facade, with the dots on the outer face casting shadows on the inner glass.

The fritting works in tandem with an ­array of sun-shading fins, arranged in a gentle wave pattern on the west elevation to further animate the facade. Where the fins are thinner, the adjacent fritting has to work harder and so needs to be larger, in widths of ­150-600mm.

These fins, supplied by Sefar, consist of ­aluminium-coated polyestered mesh set in sentry glass laminate, and are being used for the first time in the UK as an alternative to more solid options. Although this is solid enough to handle the sun, it appears quite transparent when the sun goes in.

At the rear the fritting is varied, with white dots used on the upper ‘fold’ in the facade and grey dots on the lower, giving different reflective effects. Above the rear entrance, fritting is also used to create a horizontal band.

There are also expanses of opaque glass for privacy at the north elevation of the building, where the toilets – with rare benefit of natural daylight – ended up as a consequence of moving the cores. Head-height clear areas in the washing area also allow views out.

Glazing in the two former atrium inlets is treated differently to bolster the original idea of permeability through the building. Here, a triple silver coating with very high light transmission – supplied by Interpane – contrasts with the rest of the facade.

Further fins, this time in 10m-high glass, are used at the entrance, where a feature lobby canopy is used to help draw people into the expansive, 1200m2 reception.

Despite the complexity, it’s all designed to look as simple as possible, says Martin, with the same sophisticated cladding system used all the way up the building, including on the upper plant rooms.

It’s been a long journey from competition win to completion and letting. But the patience of Wilkinson Eyre and British Land has been rewarded. It’s the practice’s first major UK office development – which it hopes will lead to more. And for the developer it’s certainly a big commercial hit. British Land fully let the office accommodation – which completes the Regent’s Place estate – shortly after practical completion and reportedly achieved some of the highest rents north of Euston Road. As well as pre-let tenant Debenhams, others include Manchester City Football Club, Santander and the ubiquitous Facebook.

Despite the complexity, it’s all designed to look as simple as possible, with the same sophisticated cladding system used all the way up the building. 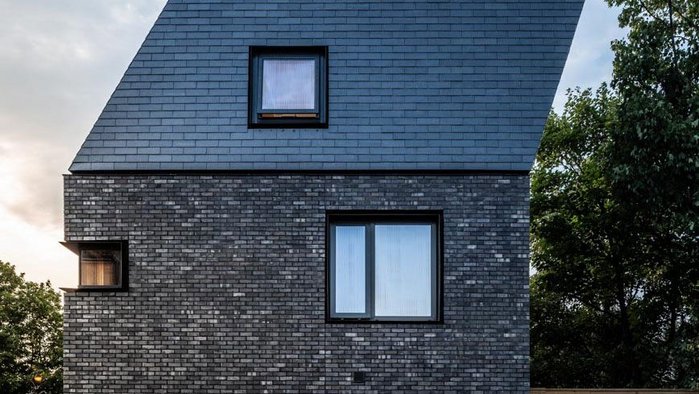 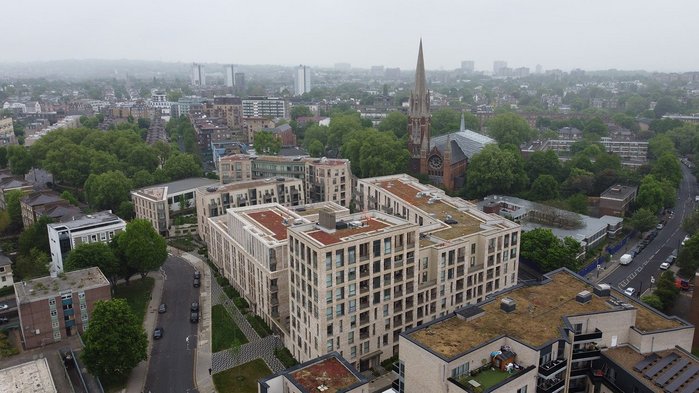 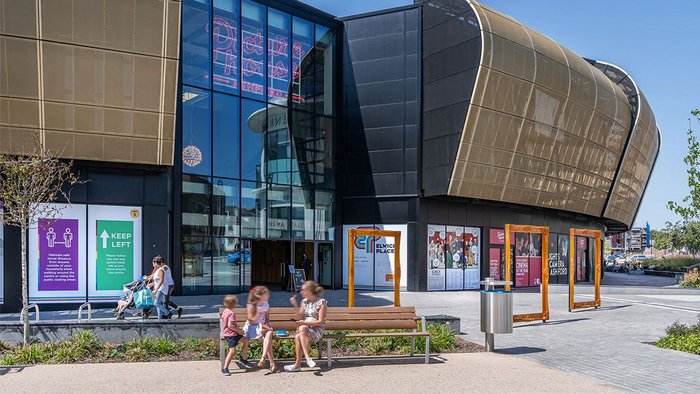