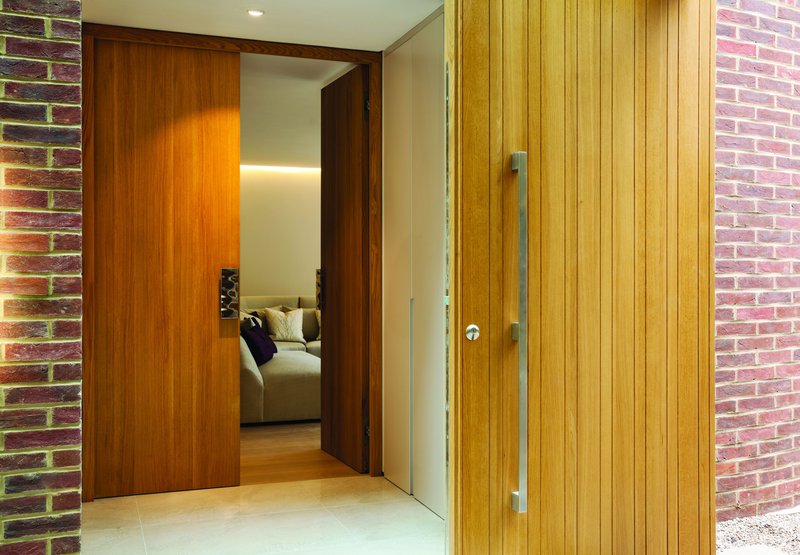 Urban Front is celebrating its ten year anniversary, but the idea for it started long before 2005, in fact, it was 2003 that the seed was planted when the founders, Nabil and Elizabeth Assaf, were renovating a 1970’s house and couldn’t find a door that was made out of wood and contemporary enough to suit their needs. Although, at the time, the founders knew nothing about doors, they decided to make their own and used it for their house. After the door was fitted people would knock on the door to ask where it was from. The Assafs spotted a gap in the market.

Urban Front were the first company in the UK to design a dedicated contemporary range of doors with high quality finishes. They now manufacture their doors in Buckinghamshire, UK and sell worldwide.

Over the years, Urban Front have dedicated a lot of research and development time to into their anti-warp highly insulated doors, taking them from 45mm thick in 2005 up to 98mm (Passive House) in 2014. They have concentrated time and effort on fire and security ratings, double and triple rebated doors with high insulation, sourcing from the best suppliers in Europe and beyond. They have launched Pivot doors as standard production, large oversized doors, Passive House doors, painted and internal doors and garage doors all with a concentration not only on design, but on performance, and a dedication to high quality.

For more information about Urban Front or to view their collection of doors visit urbanfront.co.uk