Clinging like lichen to the bottom of an ancient boat, the jostled buildings of Edinburgh’s Old Town define the urban topography of the geology from castle to Holyrood and together justify the World Heritage site designation. But within that context of preservation, look again. Below the Crown spire of the city’s St Giles’ Cathedral a new crustacean has made itself apparent; a seeming ad hoc collection of buildings gripping – like the rest of the old city – Edinburgh’s upturned hull. Forming a whole block bounded by the Royal Mile down to the edge of Princes St Gardens, the £30m Advocate’s Close is a significant refurbishment and new build project that landed local architect Morgan McDonnell the £25,000 Doolan Prize for Architecture 2014. The awards judges (of whom the late Andy MacMillan was one) cited the mixed-use scheme as ‘urban weaving at its most complex, connected into the existing patterns of Edinburgh’s upper Old Town.’ The result is a picturesque development whose massing and considered, articulated roofscape elegantly sew it into the grain of the city.

As the project clings to the Rock’s tail, so the architect clung to the project. The firm survived not only a change of client mid-way through the design but a crippling recession that threatened to scupper the whole project. Firmly ensconced now in its new offices within the development itself, its presence belies the financial storms and patient negotiations it took to get there.

A city block of nine listed buildings stretching for eleven storeys from the Royal Mile to the Gardens, the site comprised light industrial warehouses constructed after 19th century tenement clearance, an 1896 boiler house and the former printing works of Edinburgh’s Evening News. Over time, this all came into the ownership of Edinburgh City Council, which gradually bought up the site and expanded into it, altering buildings and refurbishing them in an unco-ordinated and piecemeal fashion. When it moved into new, dedicated offices at East Market Street in 2006, the block was boarded up and, within spitting distance of the Cathedral, was quickly blighted by anti-social behaviour and graffiti that threatened to eclipse even Calton Hill’s notorious ‘disgrace’ levels. With the council keen to reinstate the block as a functioning part of the city, the site was sold and then resold to developer Chris Stewart Group, which kept on Morgan McDonnell with its proposal for a mixed-use development through re-use and extension.

Having its offices on the site put the practice in a very good position to understand the complexities of the level changes and the relationships of the existing Advocate’s, Roxburgh’s and Warriston’s Closes – with their small courtyards off the alleys, connecting the site north to south. Into this complex interlacing of buildings and alleyways Morgan McDonnell introduced a 208-room boutique budget hotel, 30 high-end serviced apartments, four commercial offices and five ground level restaurants/bars. The architect says that in figuring out how these uses would be squeezed onto the site, it had to work at a polarity of scales. On one hand, it had to consider the pedestrian moving across the site and the connectivity and interest, both visual and commercial, they could bring to that experience; on the other was the scale of the city, where the bigger programme would inform the articulation of the roofscape – most crucially when seen from the sacrosanct New Town.

Founding partner Guy Morgan describes the delicacy of the process, explaining that at times the programme would lead, with decisions made to raise the levels of the Roxburgh and Advocate’s Close buildings in smoothly cut ashlar sandstone to squeeze in the required serviced apartments – the most visible articulation of the site from a distance. How this roofscape might work occupied the architect for a long time. He adds that this meant a constant iterative process of changing the 3D model to look at the implications of the insertion of the programme, and then returning to the planners to gauge their view of those changes. There’s a sense that for the architect it was to some extent an instinctive process – that precedents such as stepped stone gable ends would be picked up with new zinc pitched roofs inserted behind them. Adjacencies were also responded to – with new additions to existing buildings deferring to the heights of surrounding walls. A large high level timber rainscreen-clad box containing serviced apartments juts out from a wall; an echo, Morgan tells me, of the timber additions that traditionally blossomed on the walls of the city’s medieval stone tenements (interestingly, he states, city planners have developed ambivalence to real timber as they’re averse to the unpredictable effects of uneven weathering). These protrusions, visible at various points in the development, break up the massing of the blocks as they tumble down the hillside, and are of great effect from the steps, where they provide piques of visual interest for those walking the Closes’ steps.

Above the old boiler house, where the developer client now has its office, and behind which Morgan McDonnell now has its home, levels were built up to create once again a semblance of the enclosure that would have been experienced on foot. Here, the language is more contemporary, with dark grey terracotta rain screen panels used as walls and parapets, referencing the sooty Craigleith sandstone that is the defining material of the city. As it is  lower level here, and overlooked from higher vantage points such as the top of the News Steps, the firm was keen to incorporate extensive green roofs into the design to feather the modern ‘hardness’ with a softer, natural feel.

In contrast to the top of the site, the interventions at the bottom are almost invisible, with the sizeable One Hotel tucked behind the existing facade to Market Street. Totally reinvented behind this facade, including a new open air courtyard that brings light into what would have been dark circulation areas, the ground floor was cleverly planned to hide the reception and devote window space to the bar and restaurant area, enlivening the street facing Waverley Bridge. This approach has been echoed across the site, creating pockets of social life both to the stair journeys and to what were formerly the dead squares of the Closes.

Given the size of the renovation and the new build across the steeply sloping site, logistical issues were highly complex and difficult to resolve. Morgan states that cranes were banned from the site, meaning any steel frame structure brought in to raise existing built levels had to be manhandled through the narrow entrances to the Closes, guided down the steps, hauled into place using pulleys and connected manually by workmen on site. The very process of construction, it seems, has revealed these passages for what they were; the veins drawing the lifeblood of people up through the body of the city. In front of the architects’ own front door, meanwhile, a new public route has been formed at the scheme’s centre, behind the boiler house offices of the developer, linking the News Steps to Advocate’s Close. Stop here a moment and there’s a lovely view of the composition as you negotiate a fresh bypass in the city’s old heart. 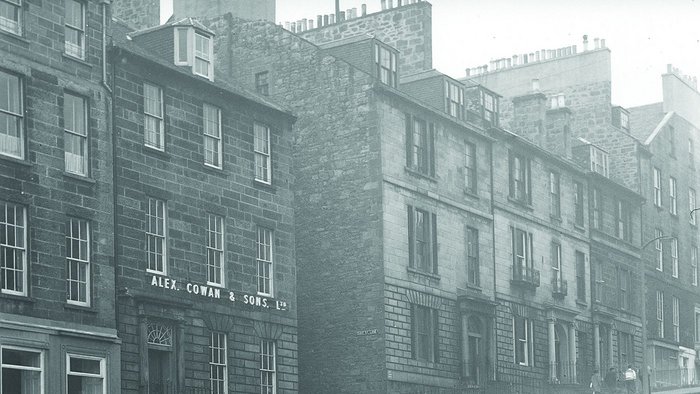 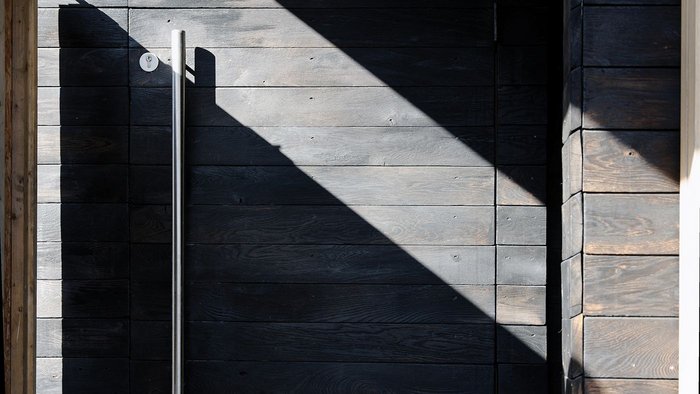 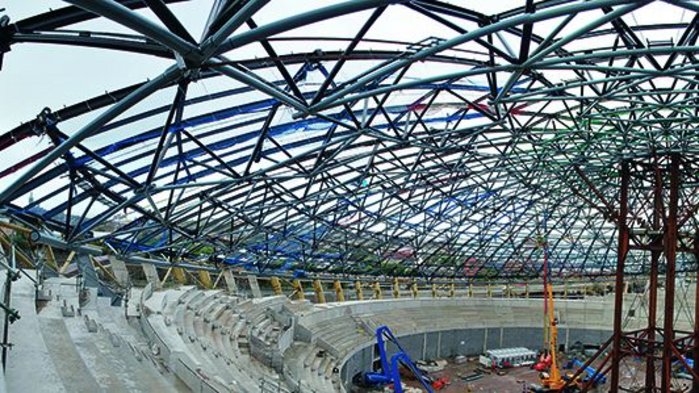