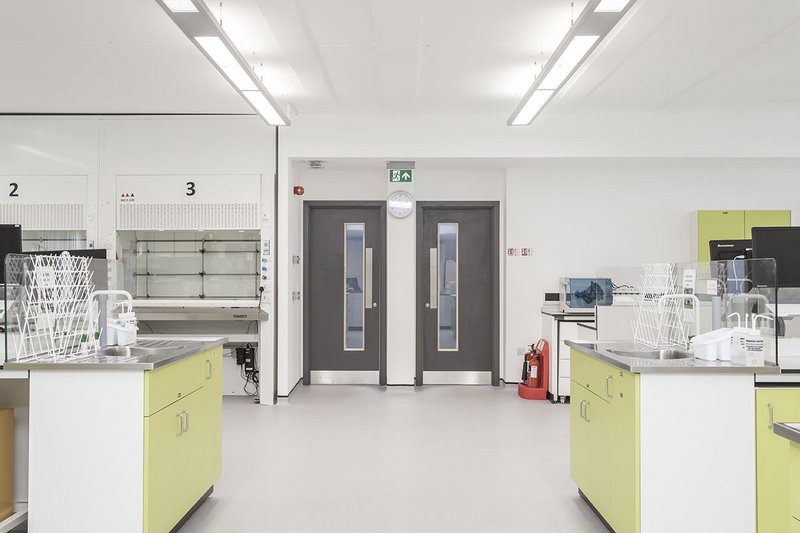 Allgood ironmongery and doorsets are helping to provide exceptional fire safety at the new state of the art science, technology, engineering and maths (STEM) facilities at Kingston University, London.

The university, which has roots going back more than 100 years and has approximately 19,500 enrolled students, began construction of new public-facing science and technology facilities in the summer of 2016.

As with any science laboratory, safety considerations were paramount when it came it to specifying elements such as the doors due to the use of flammable, toxic and dangerous chemicals. Additionally, because of the amount of traffic through the STEM department and thus the doors’ frequent use, the university felt that reliability and durability were an integral part of the ironmongery specification.

As such, Allgood supplied 15 doorsets with traditional exposed lippings. The exposed lippings provide extra protection to the door faces and ensure they can be easily repaired and replaced if necessary. Along with the doorsets, Alite levers, latches, surface maglocks and hinges were installed, providing the laboratories with fire protection for up to 30 minutes.

The Alite range, developed specifically for use in busy commercial environments, was ideal for the Kingston University STEM project where it is providing a robust and hard wearing ironmongery solution.