Maria Smith, architect and founding director of transdisciplinary architecture and engineering practice Interrobang, on SOM’s Exchange House in the City of London

This is a building that’s a bridge and a bridge that’s a building. It’s a fabulous example of an onerous constraint generating something wonderful; here the requirement to build over the railway tracks outside Liverpool Street Station allowed the creation of something unique that might otherwise never have been conceived. 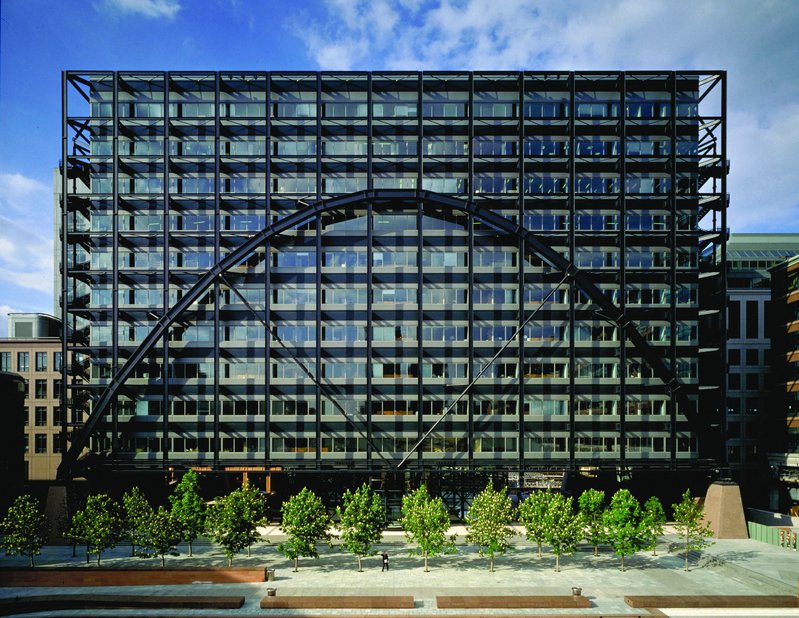 It’s one of those difficult sites where you need an engineering-led solution that’s also beautiful and considers the city fabric around it, and this might well not have been possible without such a close integration of architecture and engineering. As well as creating brilliant architecture, the building design enables a very large public space that ties into the masterplan for the whole area.

It’s great that the design team was able to express the steel structure so strongly, which makes it very clear how the building works. There are four enormous tied arches – one on each of the key facades and two within the building. That the building was nestled in the centre of a masterplan of new buildings meant the planners didn’t insist on stone cladding, allowing SOM to achieve a more Chicago aesthetic and express the structure.

The building recently won the American Institute of Architects’ 25-Year Award for architectural excellence. It’s still worth its salt after 25 years, and that’s something to be proud of.