Immediately after World War II, the University of Edinburgh embarked on a period of expansion which saw a swathe of the southside of Georgian Edinburgh demolished to make way for a series of modernist buildings. This process is now framed as a clash between post-war planning and conservation and continues to rankle with some in the city. As the appetite for modernism waned, Edinburgh was left with a number of car park filled gap sites including the plot where the Bayes Centre now stands.

In 2004 the university announced an invited competition for one of these sites. Bennetts Associates partnered with Reiach and Hall to win the commission which Bennetts then took forward. Always planned to be phased, the Informatics Forum completed in 2008 and the Bayes Centre opened in October 2018.

The Bayes Centre houses one of five Regional Technology Hubs integrating advanced data technologies including artificial intelligence, mathematical science, super computing and robotics. The building really is a hub with a mix of private and public institutions occupying the space, sharing research and, one imagines, the best graduates and research outcomes.

This is an academic building structured around facilitating serendipity: chance encounters that lead to fortuitous outcomes. This has long been the goal of research institutions who realised that cellular office layouts were stifling creativity and research output. Here, effort has clearly been taken to support these chance encounters, from easy chairs at the head of stairs to open plan, ad hoc meeting spaces, and shared kitchenettes proudly open plan at the entrance to each floor. Here the architect has employed simple, unglamorous tools that meet its clients’ needs and actively encourage and promote interaction. Even the stair widths seem to have been set to support this – not quite wide enough to ignore the person coming towards you.

While serendipity is a central idea there is also a blurring of boundaries between disciplines and a planned cross-pollination between fields. On first impression The Bayes Centre appears to deliver by expressing the idea in the architectural organisation of the building, with most of the spaces open across the central full-height atrium. While the atrium starts looking rather small in plan at ground floor, by the third floor it opens up and out, top lit and supported by a timber clad, off-the-shelf truss system.

The strongest architectural decision, an idiosyncratic stair traversing the atrium at 90˚, came from the client – likening the building to a computer chip where different vertical layers are offset and interconnected to prevent overheating or interference. Here it connects the ‘commercial partners’ on the third floor to the university research hubs and allows a fabulous change in perspective as you rise through the building. The atrium is beautiful in section and enlivened by this straight, dynamic stair.
The phase 1 Infomatics building is cellular with rooms off corridors; in the new building these dissolve into wider circulation that in turn washes out into the atrium and open plan work spaces. Here Bennetts has brought its office experience to bear in making the open plan spaces work: the post grad students look like they’re hot desking in tech start-ups and one can sense a hive of activity forming an academic whispering gallery around the building.

The open plan space is concentrated in the middle of the plan to allow offices in the corners with views (especially of the castle and to Arthur’s seat). Project architect Sally Mackay notes that this has become a key attractor for top level academics to come to work in this city, a unique selling point in a fiercely competitive international marketplace.

As ever, photographs can’t express the haptic qualities of the central atrium space, but the sound quality in particular is excellent. There is a relaxed and satisfying heaviness to the space that allows easy conversation and one can imagine it being possible to call across the atrium to offer a cup of tea.

Care and attention has been paid throughout the building: the floor plates and soffit details are beautifully expressed, the concrete appropriate and well executed, and we liked the impressively tall bespoke doors throughout. The architects have clearly enjoyed simple materials and controlled the level of craftsmanship in what was understood to be a tight and closely monitored budget.

The press photos include a corridor with blackboards on which complex maths is being worked out. But this is no ‘Beautiful Mind’-esque trope – the boards are indeed well used and covered with formulae. The writing on the walls extends to the internally glazed partitions that are used to meet the fire compartmentation rules without distracting from the scale of the central volume.

While internally the idea of porosity bet­ween academic departments is beautifully worked through, externally the building is porous to the city with a walking route connecting diagonally via splayed openings that follow the line of a street lost in the 1950s.

Several seminar and studio spaces have been pushed into glazed courtyard elevations to enliven and express the activity within, and the architect pressed for the café on the ground floor to be publicly accessible. That this has been achieved via the main atrium perhaps limits its success despite a purposeful view into the robotics lab.

Externally, the building is appropriately scaled with a neighbourly facade. The new east entrance is formed via a double height loggia, white terrazzo columns and beautifully executed oak cladding. Sandstone cladding is employed in bands on the street elevations with polished concrete to the internal courtyards.

The vertically proportioned windows reference the proportions of the Georgian city. The windows themselves are by Hansen with relatively narrow frames and brushed stainless ironmongery which look good and open where possible for controlled natural ventilation.

The windows have been detailed to sit flush with the concrete panels to the courtyard for a modern aesthetic, but express the depth of the reveals on the outward facing stone elevations to reflect the mass of the more traditional material. Here the more modestly proportioned windows have been offset with larger areas of curtain walling to open up the public spaces and animate the facade. While I could live without the bar code arrangement that seems to be the lingua franca for large office buildings, at least on the street elevation a more restrained arrangement is employed.

Overall I was struck by a building showing a transition in thinking: from the planners who originally required all existing car parking to be retained in two massive basements, now replaced with bike parking to rival the Netherlands; to the architecture that has moved from cellular office spaces to an open plan layout – expressing the interesting and dynamic cross disciplinary research that goes on here. 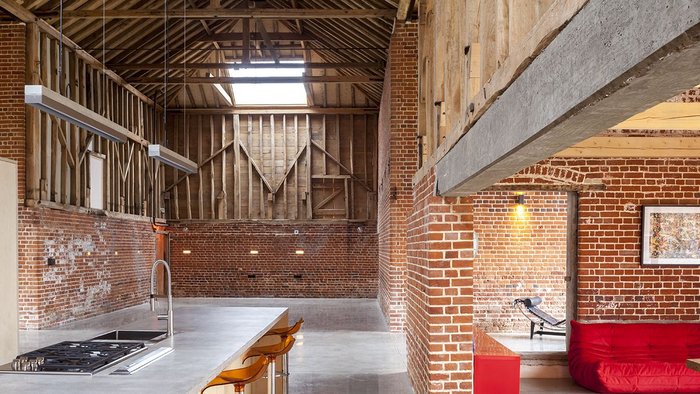 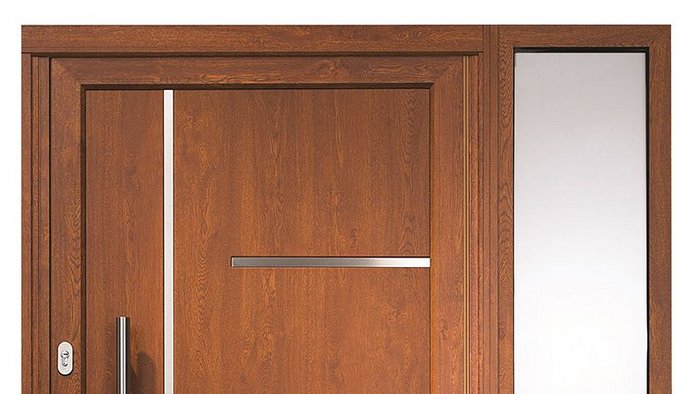 In association with Origin

Expert British engineering at your door 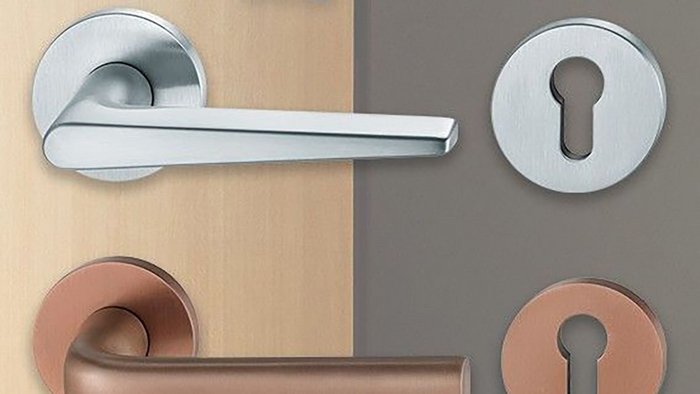 In association with Laidlaw