Two very different rail bridges read as one structure thanks to a huge, concertina-like cascade of steel 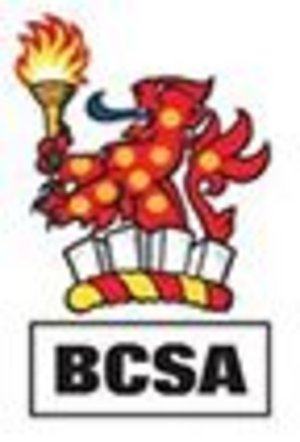 Close to the first ever passenger railway station at Liverpool Road in Manchester (1830) is another world first, an asymmetric network arch bridge. Spanning 89m and morphing at one end into a dramatic ‘cascades’ feature, the new bridge over the Irwell is the centrepiece of Ordsall Chord, a hugely complex project to improve rail connectivity in the city by linking its major stations of Piccadilly and Victoria.

This is heavy-duty infrastructure with design ambition in a context steeped in railway heritage. The steel arch and cascade ensemble form a new landmark for a former backland area between Salford and Manchester that is already changing fast – work on OMA’s Factory arts centre is under way close by.

BDP has been overseeing the architectural design of Ordsall Chord since 2012, with Knight Architects making ‘an outstanding contribution’ to developing the detailed design and fabrication coordination of the cascades, according to BDP partner Peter Jenkins. This is the focal point of the 300m stretch of new track needed to bridge both the River Irwell and Trinity Way dual carriageway, passing within a few metres of George Stephenson’s 1830 bridge, which was restored as part of the project. The two new bridges link the Chord to the historic Castlefield and Middlewood viaducts, which have both been widened.

The challenges were multiple – the logistics of building over road and river, the proximity to heritage structures, and most important of all, how to create a visually harmonious solution given the very different design structures of the two bridges.

‘It needed to be something other than a standard design considering the significance of the heritage structures around it,’ says Jenkins.

‘Everyone involved in the project recognised that it was vital to produce something of the highest quality possible,’ says Brian Duguid, lead structural engineer at the Aecom-Mott MacDonald joint venture undertaking the project.

He says steel structures were inevitable given the scale of the single span over the River Irwell and the complex site geometries. Various options were considered, with an arch solution most suitable for the stretch over the Irwell and a twin girder bridge supported on four concrete piers the best and most economical solution for the 100m-long Trinity Way bridge. Between the two is the cascades feature (see below), which acts as a unifying device to deliver a clear visual identity. The result is that the two very different bridges appear as one continuous steel form even though they don’t completely align, with the closed box form of the arch ribs widening and changing into the open ribbed I-girder form of the Trinity Way bridge seemingly in one fluid form.

‘It was quite an achievement to get a big curve to join with the horizontal line,’ says Jenkins.

The architects and engineers all listened to what we were saying and trusted us, and together we came up with a solution that ticked every box

Teamwork paid off
The key to the project’s success, according to Duguid, was the early collaborative involvement of steelwork contractor Severfield, whose staff were embedded in the design team for the creation of the BIM Level 2 model. This minimised the need for later reworking ahead of fabrication.

‘We recognised that steelwork was a very critical part of the project,’ he says. ‘We brought Severfield in at the design and modelling stage, with a number of their technicians working in our offices with our engineers to produce a much better design model. This saved time and money and gave the fabricators more trustworthy information, and it’s a crying shame we don’t do it more often as an industry.’

‘The architects and engineers all listened to what we were saying and trusted us, and together we came up with a solution that ticked every box,’ says Severfield senior project manager Jarrod Hulme.

While a bowstring arch was initially proposed, a more complex network arch construction with a lattice of hangers was chosen as the more robust and efficient structure for supporting railway loads. This structural choice not only enabled the engineers to create a much flatter arch rising to 14.3m to assist with the ‘cascade’ transition between the two bridges but crucially, it could also deliver asymmetry. This allowed the design team to taper the two ribs of the arch from 2.5m to 0.7m in height so that the structure touches most lightly on the most sensitive part of the site, the riverside closest to the grade I listed Stephenson Bridge. On the other side, however, the bridge was wider to soften the transition to the Trinity Way road bridge. Thirdly, the shallower structure was significantly stiffer, so used far less steel than a conventional arch bridge.

Out of respect for the heritage of the surrounding context, the two ribs of the network arch are inclined inwards by 6˚ to minimise their visual presence and linked with K bracing. From these ribs, 46 pairs of 85mm diameter steel hangers support a composite, open section steel and concrete deck. An open section was unfeasible for the ribs due to the additional stiffening required. Instead, the ribs are hexagonal in cross section with a ‘crease’ line formed by welded steel plate positioned at 30% of the overall height of the section to visually divide the surface. This line is carried on through the ribs into the cascades and out onto the profile of the girder stiffeners on the Trinity Way bridge. This fold strengthens the rib sufficiently to avoid the need for welded stiffening, thus simplifying fabrication and reducing costs

Weathered look
The use of weathering steel was an important part of the design, forming a distinctive visual language, often with concrete, common to other parts of the Ordsall Chord. Its use above live rails and the river on the arch also had maintenance benefits because of the protective patina of rust. On the arch bridge, this contrasts with the painted grey of the deck steelwork.

‘It has an amazing colour and texture,’ says Jenkins, adding that the rough texture avoids the flat look of a perfect finish and so complements the heritage structures in the area.

‘You don’t see many weathering steel bridges of this type. There are a lot of big white bridges around but we wanted it to be special to the site.’

The construction sequence was highly complex, involving horizontal assembly of the arch on temporary platforms on the riverbank before it was lifted into place. This enabled prefabricated segments of arch ribs to be welded together on the ground, rather than at height. The network arch structure design added extra complexities, with 136 stressing stages required to ‘tune’ the hangers.

‘The finished structure is very efficient and elegant but the construction stages were highly complex,’ says Duguid.

Making of the Cascades

This 16m linking device rather steals the show of the new bridges, dipping down from the ribs of the network arch on both sides in a double concertina effect before rising to form the girders of the Trinity Way bridge. In doing so, each gradually increases in height from 2.5m to 2.8m to match the dimensions of the Trinity Way girders. As they dip down to form the concertina, the closed box form of the ribs changes into an open girder with vertical stiffeners that begin densely just 80mm apart and widen through the concertina to 800mm to match those of the Trinity Way Bridge. According to Knight Architects associate Tom Osborne, this dealt with the two bridges being in different planes as well as creating a continuous weathering steel form from the two contrasting structures.

‘The job of the cascades is not only to blend the alignments of the two bridges but also the closed structure of the arch with the open structure of the viaduct,’ he says. ‘The challenge was rationalising something that in a visualisation looks quite simple into the 3D geometries of the fabricated steelwork while retaining the original design intent.’
The original design concept involved a twisted steel web but Severfield used Tekla to achieve the same visual effect with a vertical web through careful positioning of the stiffeners.

During the design process, the steelwork contractor was also able to cut the weight of the steel in the cascades by one third, by reducing the thickness of the stiffeners as the spacing decreased.

The two sides of the cascades were manufactured in single pieces by Severfield in its Bolton premises and transported whole to the site, where they were trimmed to fit, installed on bearings and positioned hard up to the bridges on either end.

‘The cascades are integral to both the visual continuity of the structures and identity of the scheme,’ says Osborne.