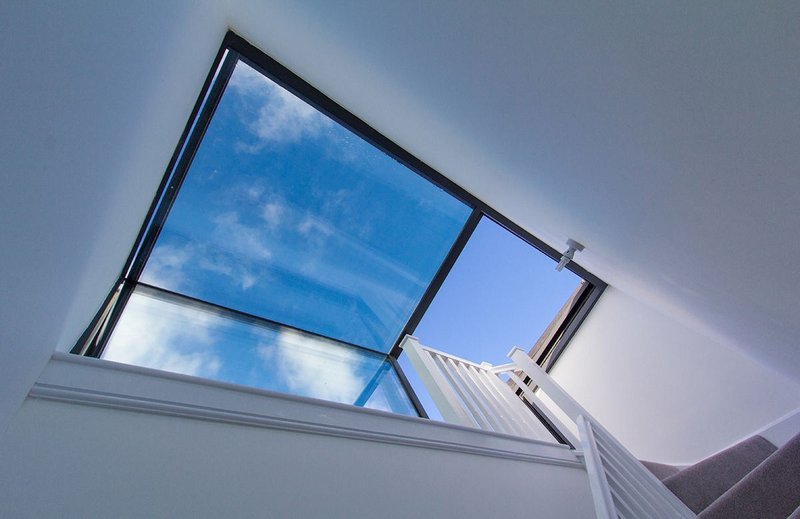 The former Lancaster Moor Hospital has been transformed as part of a multimillion pound housing development by the PJ Livesey Group. Situated within the converted clock tower, Glazing Vision’s three wall box rooflight was key to unlocking the spectacular views from a unique part of the scheme, a luxury triplex apartment.

The former asylum is located just outside Lancaster and close to the Forest of Bowland, a designated area of natural beauty. Manchester based PJL acquired the site from the HCA and successfully presented its Residence scheme to convert the Grade II Listed building, as well as nearby Campbell House, into an attractive mix of 22 carefully converted mews homes. This involved over 100 individually designed, modern apartments, finished to the highest specification. The Residence was shortlisted for the LABC NW Building Excellence Awards 2016.

The conversion of the stone clock tower, located above the imposing main entrance, presented a number of structural challenges for PJL. There was a narrow spiral staircase leading up to two rooms at the top, and positioned high in the tower was a water tank containing a quarter of a million gallons of water. Before any construction work could take place these obstacles had to be carefully removed, ensuring no damage was caused to the fabric of the building.

A roof terrace was an integral element of the design of the planned clock tower apartment. This was crucial to capitalize on the panoramic views of the Fells of Bowland and Morecambe Bay, whilst also providing a generous amount of outdoor living space. However the existing roof was deemed to be too high to offer safe barrier height for the intended roof terrace in relation to the parapet walls.

Initially, Glazing Vision's hinged skydoor rooflight was specified before PJL decided upon the company's innovative box rooflight, which offered superior head height and removed the requirement for a balustrade around the opening.

PJL needed to ensure that the building remained watertight as construction work progressed to the rooftop phase. The solution was to build a new roof under the old one. Once an aperture for the box rooflight was created, the old roof was removed. This allowed for the smooth installation of the glass box rooflight, which had been precision-engineered to PJL's unique dimensions by Glazing Vision's dedicated team.

The rooflight was fixed onto three walls and as such was enclosed within the existing fabric of the triplex. No additional balustrading was required and the minimal structural framework of the box rooflight, supplied in a timeless powder-coated grey, guaranteed full use of the sizeable roof terrace and a seamless integration of the exterior and the interior.

The retractable glazed section, which slides over the fixed section of glass, is operated at the touch of a button. This provides a clear 50% opening and sufficient head height for easy access. Consequently the resident can climb the small stairwell while the rooflight is retracting into it open position, without having to bow their head. Built in proximity detectors detect movement during the open/close operation, providing an all-important safety feature. An access keypad offers additional comfort and security.

In keeping with The Residence's contemporary and airy aesthetics, the large glazed sections of the box rooflight ensure that the interior of the triplex is flooded with natural light during the day. The streamlined structure of the box roof light affords the occupier unparalleled daytime views over the fells and coastline, and later, the night sky.

The sensitive conversion of the clock tower and development of The Residence at Lancaster Moor was recognized at the inaugural NW Insider Residential Property Awards in 2016 where PJ Livesey was named Bespoke & Urban Developer of the Year. 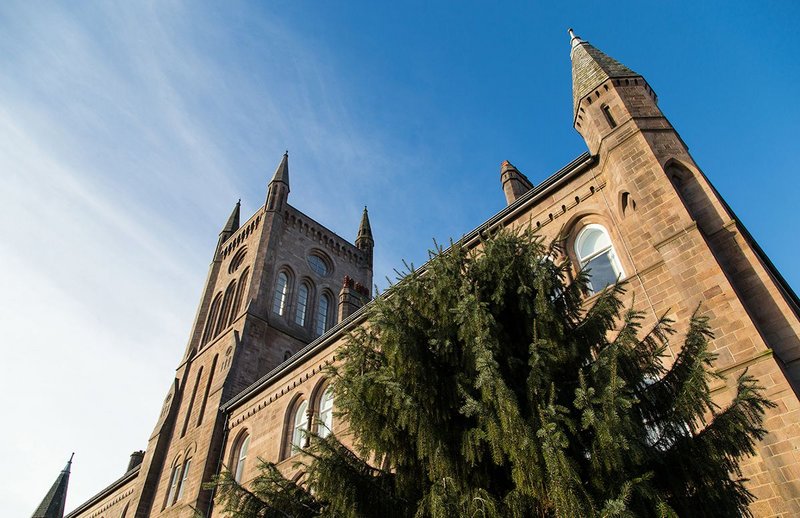