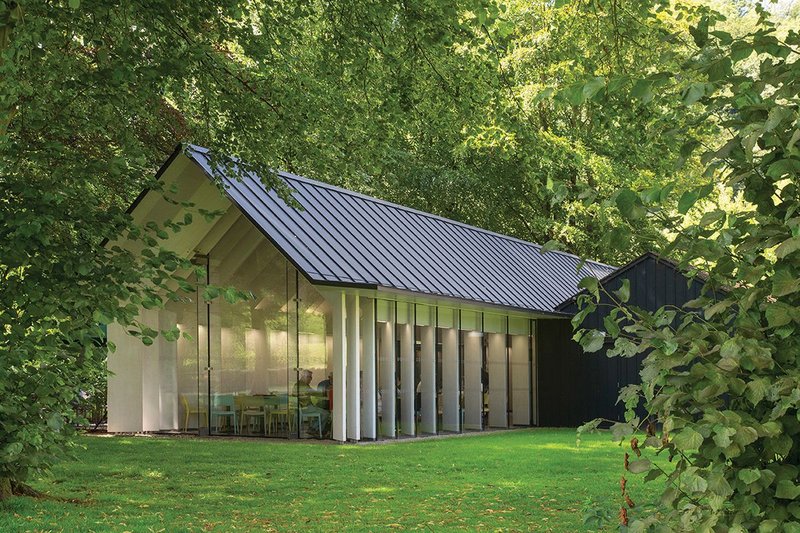 Simpson and Brown’s new visitor centre for Rievaulx Abbey near York is characterised not just by a roof – so palpably missing from the Cistercian ruins beyond – but by the interesting twist of its glulam spruce structure as its cafeteria area reaches out to them. The timber piers gradually rake relative to one another in plan. The architect says it not only ‘reveals’ views of the abbey from the inside, but the timber columns reference the stone ones beyond. And perhaps referencing the abbey’s long gone lead roof, VMZinc was called in to provide this contemporary standing seam one, projecting out moodily from the trees.