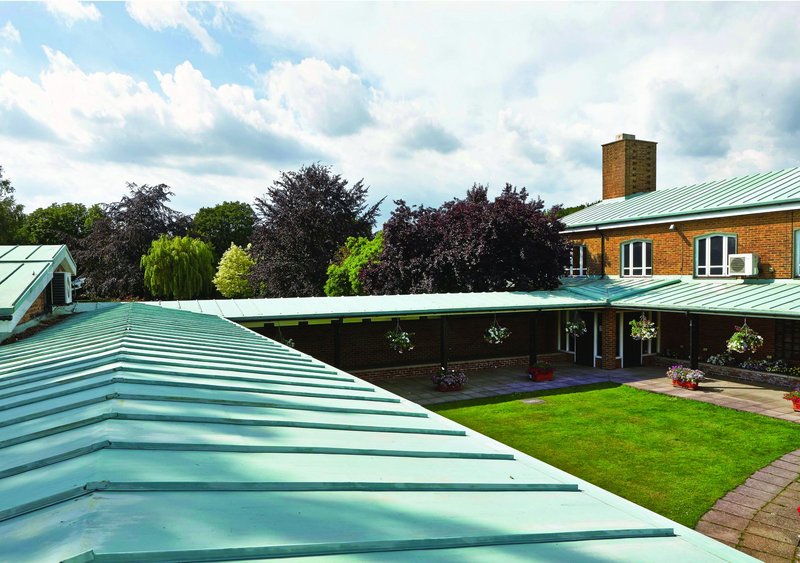 Despite a 50% fall in incidents of copper theft – a result of Operation Tornado, which demands authentic photo ID from those selling to scrap metal dealers – the crime still costs the UK economy over £1bn a year. This was made painfully aware to Guildford City Council when its crematorium facility and Chapel of Remembrance on the outskirts of the town was targeted by thieves in 2011, and completely stripped of its long strip standing seam roof.

When it came to replacing the stolen copper, the council thought long and hard about its options for a facility that was never going to have a 24-hour security presence. The problem was strangely more complex than just changing the material for a cheaper one, such as zinc. ‘We were conscious of the fact that this was a place visited regularly by bereaved family and friends,’ recalls Guildford City Council project manager Tommy Parkes. ‘It was important to respect the fact that they might be sensitive to any radical changes. While it wasn’t part of the business case, we were keen to maintain the aesthetic, but had to minimise the chance of future theft.’

To meet both demands, the council opted for Rhepanol fk roofing membrane finished with its copper roof paint, which patinated in a matter of weeks to its characteristic green oxidised form. For the council it was a no-brainer. The £400,000 allocated to the works also involved additional insulation to internal areas, removal of asbestos and replacing courtyard walkway soffits – in total, upgrade works to about 1,000m2 of roof. Parkes says that programme was all-important here. The work had to be carried out in three main phases over 18 months and at weekends to minimise disruption to a facility that, for obvious reasons, couldn’t simply be closed down for a while.

As regards sustainability, the council was satisfied with Rhepanol fk’s credentials. SIG Design & Technology project manager Christa Thompson explains: ‘Rhepanol is a synthetic rubber, whose core polymer is Polyisobutylene based on Opanol, which is used as a constituent of many chewing gums. Also its BBA certified service life of 40 years is one of the longest available in the market place.’ 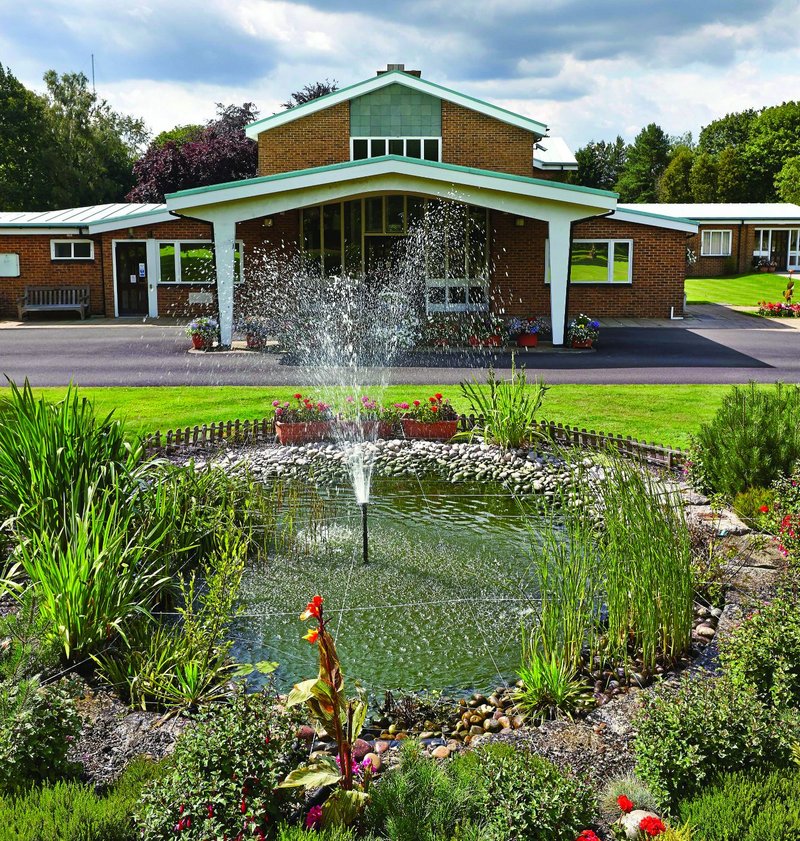 The use of Rhepanol fk roofing membrane finished with copper roof paint maintains the traditional appearance while dealing effectively with the threat of theft.

Rhepanol fk also has good natural fire protection characteristics without resort to halogens such as bromine and chlorine.

Thompson explains that the council initially applied the material to back-of-house areas on the project to ascertain its suitability and to observe its patination characteristics. ‘Once they were convinced that it worked with the standing seam profile attached, it was rolled out across the rest of the job,’ says Thompson.

Eighteen months later, the council remains happy with its new roof. With walk boards, the roof can be easily accessed for cleaning, and there hasn’t been a recurrence of the earlier theft. I ask whether there has been positive feedback from the public. ‘In the day-to-day facilities management of the council’s estate, you tend to be more worried by the projects that people talk about rather than don’t,’ remarks Parkes. And as is fitting for a place of final rest, the crematorium’s visitors continue to visit, no more unduly perturbed than before the change.

Rhepanol shines in the Tyrol

It’s not all about theft. For some schemes, the specification of Rhepanol fk with its copper paint finish can be for aesthetic or other reasons. In the picturesque Austrian city of Salzburg, the recent refurbishment of a local government health building involved removing 1,000m2 of its zinc sheet roofing, and replacing it with something more aesthetically pleasing and suited to its historic city centre context. A traditional copper standing seam roof would have meant increasing the roof pitch height from its existing 3° – precluded by the city’s urban heritage planning guidelines. But the low roof pitch was no problem for roofing contractor Johan Bruckner, which specified Rhepanol fk and its polyisobutylene copper paint finish. Laid with standing seam profiles at 600mm centres with a 50mm seam overlap, the copper particle coating acted as a perfect way to complete the project while keeping the locals – and planners – happy. 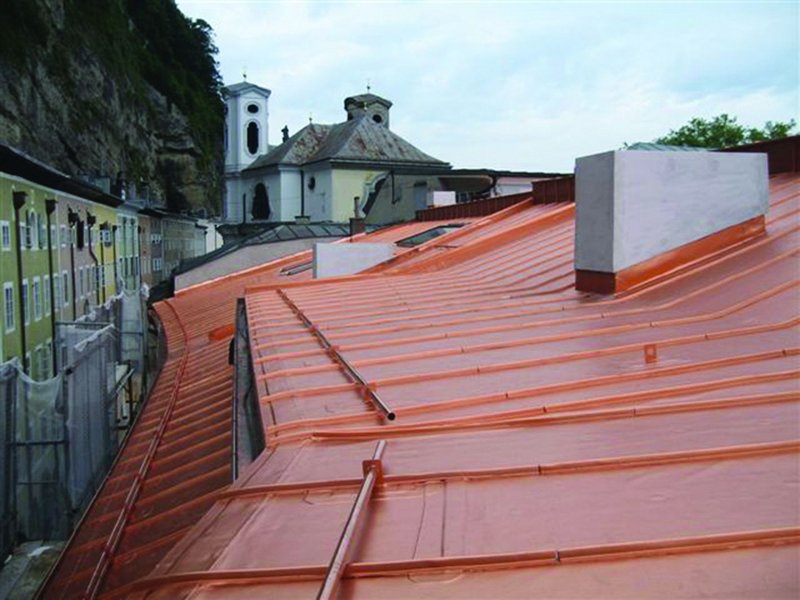 To find out more and download additional resources visit http://bit.ly/SIGRoofLines1