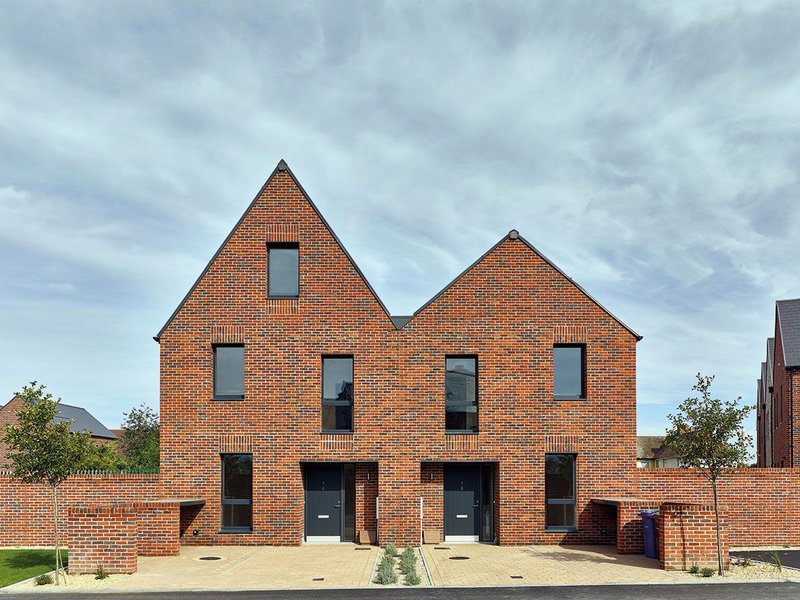 Emptying the bins, housing the homeless and vulnerable, and filling potholes in the road: these are just a few of the things that we rely on local authorities to deal with to make our communities work. Local government provides us with something like 800 services and right now it feels like every one of them is under pressure. High demand – with homelessness, for example, reaching crisis levels in parts of the country last winter – has been accompanied by a squeeze on core funding from central government.

Little wonder then that councils are building homes again, particularly for those in greatest need, and alleviating their own financial stresses. Research last year for the National Planning Forum and the Royal Town Planning Institute, by Professor Janice Morphet and Dr Ben Clifford from the Bartlett School of Planning at University College London, found that more than 90% of England’s local authorities are providing housing. Some are partnering with developers, others are building directly, and an increasing number are forming housing companies to build, or even buy, homes.

Building via a housing company offers several advantages for local authorities over direct development, allowing them to overcome the constraints of the cap on borrowing of the Housing Revenue Account, the loss of stock through Right to Buy and central government-imposed social rent levels. Almost half of local authorities now have a housing company with more than 30 established last year, according to Morphet and Clifford’s report ‘Local authority direct provision of housing’.

Their names are not yet as familiar as those of housebuilding’s giants, so you could be forgiven for not knowing that Big Sky Developments, WV Living and Sempra Homes are the companies of South Norfolk, Wolverhampton and Basildon councils respectively. They have a different market focus to traditional council housebuilding. As private businesses, they can develop homes for a range of tenures, including market sale – and have no requirement to follow EU public procurement regulation. Many are focusing on building homes on their own, often relatively modest, infill sites, but some have a broader remit. Big Sky develops commercial space as well as housing, and Barking and Dagenham’s regeneration focused Be First is taking over the ongoing revamp of Barking’s Gascoigne Estate and leading the search for a partner to help create a film studio complex. 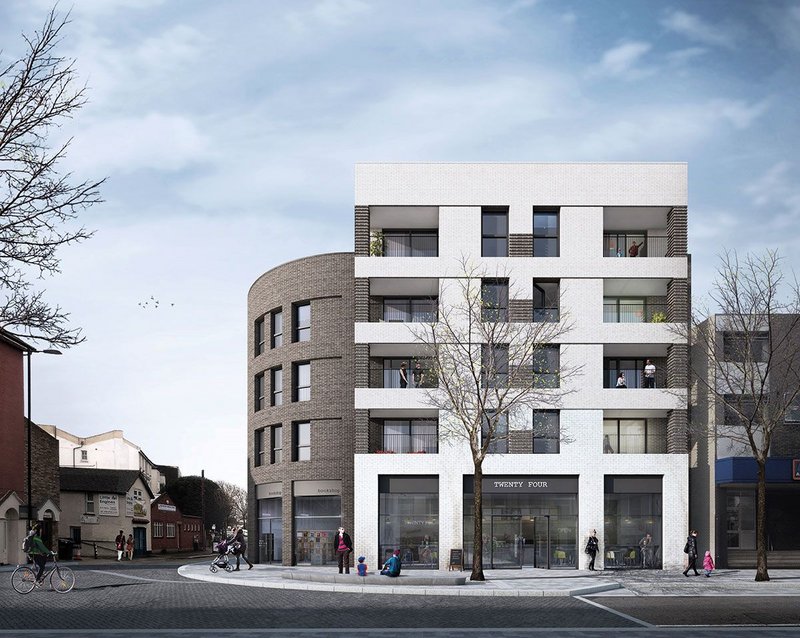 Barnet Council’s Opendoor Homes was set up with a mission to deliver as much affordable housing as possible. ‘We have very high levels of homelessness, the largest population of all the London boroughs, and a lot of pressures and concerns, so Opendoor is our response,’ says Derek Rust, deputy chief executive at The Barnet Group. ‘While conventional registered providers have some of the solution here, we see an opportunity to make a bigger impact using the council’s land.’ Opendoor is a subsidiary of The Barnet Group, a local authority trading company that grew out of the council’s arms length management organisation (ALMO). The registered provider was established in February last year, has 330 units in development and aims to deliver 1,000 homes by 2024.

Rust explains that the ALMO background is helpful to Opendoor. ‘We’ve long experience with stock from the 1950s, 60s and 70s, so are well versed in long term management and maintenance challenges. Our group holds the homelessness portfolio, so helping the homeless is not abstract for us. We’ve a very direct link to the people who will live in the homes.’ The company operates outside social housing parameters, currently receiving no Greater London Authority grant and setting its own affordable rent level at below Local Housing Allowance rates. It therefore relies on rental income, which pays a Public Works Loan Board loan, and support from the parent local authority. As rents won’t come in until first homes are completed this autumn, ‘right now we have no assets, a lot of capital costs and no revenue’, says Rust.

Cost is important, but so is quality. We’re not building iconic designs, but they are good quality

That risk profile might be equated with a bargain basement build, but Rust says the company takes a strict but balanced approach: ‘Cost is important, but so is quality. We’re not building iconic designs, but they are good quality.’ Its current homes – designed by bptw and HTA – comply with the Lifetime Homes standard – 10% are wheelchair accessible, and ‘as energy efficient as we can make them’, adds Rust. He says that where there is debate about design, finer points like brick detailing may be sacrificed to cost constraints, but the overall design remains intact. ‘There’s a considerable internal debate between asset management and development here on what’s good design.’

Croydon Council’s Brick by Brick has settled that debate by bringing design in house. Its Common Ground Architecture provides services both to external clients and internally, leading on production of the housing company’s brief and internal specifications, as well as monitoring design and construction. In operation since 2016, Brick by Brick has more than 30 sites with planning, designed by Common Ground and other architects. With a focus on efficiency and a stretching build target of 2,000 homes over four years, the company started with a collaborative approach, explains Chloe Phelps, head of design at Brick by Brick and Common Ground. ‘In the early days we had programme-wide workshops with architecture practices and engineers, which helped instil an ethos of knowledge sharing and working together to find economies of scale within these schemes.’

While schemes target a range of tenures and have their own external aesthetic, there is a common thread of products and components running through the programme, which, says Phelps, ‘ensures we know what end product we’ll get, and gives us the quantities to reduce costs.’ It looks to designers to produce highly efficient layouts that stack, with good floor to wall ratios. Phelps adds, ‘This keeps cost planning as tight as possible, and allows us to avoid cutting costs on the envelope or internal finishes.’

‘They’ve an eye for design and are very keen on us demonstrating design quality,’ Alex Ely, principal of Mae Architects, says of the client. Mae has several Brick by Brick projects in the pipeline, including the 34-home Kingsdown Avenue, with its terraced apartment blocks and detached houses, and Tollers Lane where it is weaving 40 homes into three infill sites.

Although relatively small in scale, such schemes can affect their broader neighbourhoods. ‘We like doing these kind of projects,’ says Ely. ‘They ask questions about how you stitch together bits of cities and overcome problems of modernist city planning. They’re about what a small building can do in terms of placemaking.’

They can also deliver homes fairly rapidly, argues Caroline Dove, partner with HTA. ‘If you want to build an extra 100 homes, it can be quicker than a full estate regeneration, although you still have to work with the neighbourhood.’ Standardisation and offsite manufacture can add value, she continues. ‘We have a few sites of just three or four units in Croydon, so we are using a similar housetype for efficiency’. 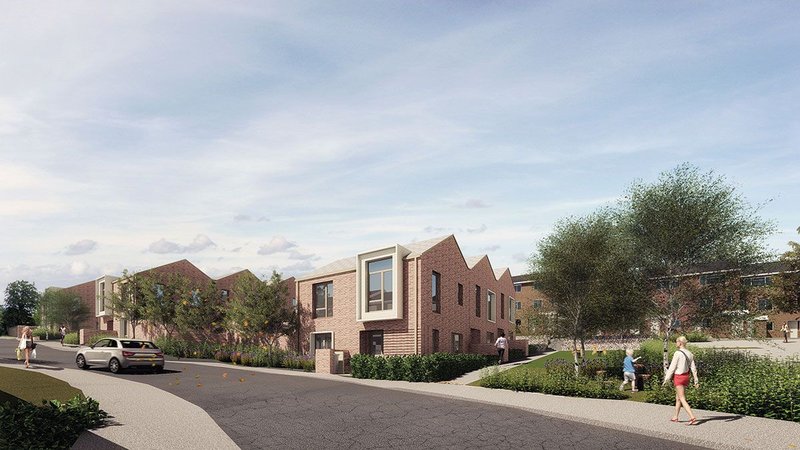 Developments like HTA’s Ravensdale Gardens housing in Croydon are thrifty but comply with Lifetime Homes guidance.

HTA is working with Opendoor, Brick by Brick and others and Dove sees more wanting to follow their lead, but skills can present a barrier, she says. ‘Many don’t have staff experienced in development, so are having to gather expertise. You’ve got to have people who can understand housing in complex situations.’

For its first scheme Thurrock Council’s Thurrock Regeneration built in Tilbury, a location that has been largely neglected by private housebuilders. It is an area of high unemployment, low academic attainment and low life expectancy, so the redevelopment of a former school site with the 128-home St Chad’s was intended to do more than meet housing need. ‘The brief was to create exemplar housing that the client could point developers at to show them what they could be doing,’ says Tim Bell, director with Bell Phillips Architects.

The architect’s solution combines terraced and courtyard houses to give fairly high density levels, alongside a linear park. Homes are constructed using standard materials - brick and block with PVCU windows – but are given a refined elegance through details like the windows’ deep rebate and grey colouring.
At heart, Thurrock Regeneration’s design aspirations were similar to those of any council or housing association, says Bell, with one notable exception. ‘Where a site like this would have had flats and houses, this has houses only. The client wanted to keep its tenure options open.’

The council housing company route is not for the faint hearted, but it continues to attract interest, with East Devon District, Elmbridge and Liverpool councils planning to set up companies. Think tank the Smith Institute has estimated that such companies could be building up to 15,000 homes a year by 2022.
Brick by Brick’s managing director, Colm Lacey is clear about its impetus. ‘We can harness the full value of the development process for the borough,’ he says. ‘Brick by Brick delivers multiple forms of revenue back into the council – land value, funding value, development profit, fees for council services, etc – to be reinvested in council services.’ The homes being delivered are, as HTA’s Dove says, ‘sensible, manageable, well thought through’. This housebuilding route holds promise if it can deliver funding for council services and good homes.