Marvellous and enabling though digital technology is, it's worth remembering that it is just one of many tools available to the designer

Digital technology is a incredible thing, allowing us to design more creatively, accurately and productively. Our maxim however is that it’s just a tool, very powerful and enabling, but one that ranks alongside the pencil or the fine line black pen as a means of making promising ideas real.

To that end, we try to start every project by hand sketching the engineering challenges and potential solutions in logical steps. We often find ourselves sketching free form ideas which can only be delivered with a parametric modelling tool, but perhaps that reflects how more exotic ideas have become part of mainstream thinking and part of the lingua franca of everyday engineering design. Even hand sketching though is now embedded in the digital world. An iPad Pro, an Apple pencil and the Concepts app has replaced ink on tracing paper for 90% of the early stage brainstorming. Sketches can be fleshed out and corrected more easily but still retain their spontaneity.

Once the bones of an idea have been agreed or to kick start new ones, we will model the structure in Rhino/Grasshopper. From time to time, an architect or artist will send us a CAD model; we will keep it and reference it into Grasshopper but will often regenerate the geo­metry ourselves from scratch.

If the task is ‘normal’ structural engineering analysis the default would be to use Karamba, a finite element analysis tool set for Grasshopper. However, we will increasingly turn to our self-written K2 Engineering component set as this gives a better sense of the behaviour of lightweight and bent active structures. K2 Engineering is a physics based solver built on the Kangeroo2 physics engine for Grasshopper. But we don’t put all our trust in Karamba or K2E.

Once the design has reached a fairly resolved stage the geometry and loading data are converted to Oasys GSA, a popular industry standard structural analysis and design package via yet another useful Grasshopper plug-in, Geometry Gym. Our heavy investment in Rhino/Grasshopper also leans on numerous other self-written tools or downloadable components such as Weaverbird for mesh manipulation. Finally, our BIM output is via a Rhino model converted using the Geometry Gym IFC tools.

Perhaps, though, the massive range of generative modelling products should carry a health warning. Digital technology is held up as liberating, but is it? Are we introducing self-imposed constraints via the Grasshopper slider? Who is to say which are the best numbers to ‘optimise’ for? Does the cardinal sin of copying chunks of script from an old project – because it ‘did the job’ – merely propagate errors? And is the very human satisfaction in pouring energy into ‘a neat script’ and achieving a sense of closure stopping us from taking a step back, screwing up the metaphorical design on paper and starting afresh with a better idea rather than being locked into a particular symbolic relationship early on in a project? 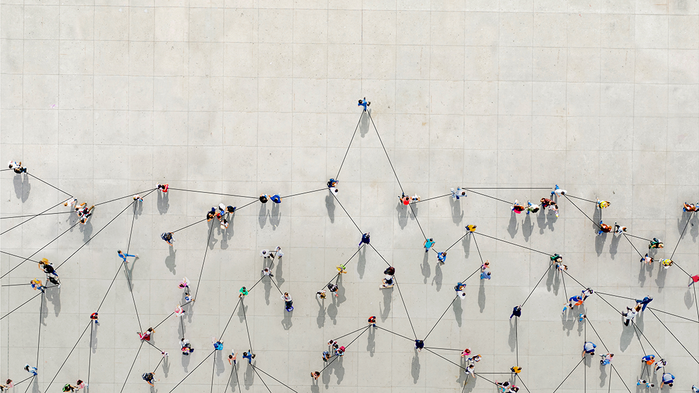 Everything is changing, but we still don’t build for an ageing population