The first structures 3D printed by a squad of airborne autonomous drones raises the prospect of the technology being used erect or repair tall buildings, say researchers

A team of international researchers has proved for the first time that a squad of autonomous drones can cooperate to build structures to digital designs, having successfully completed two proof-of-concept cylindrical plastic and concrete-like structures in the lab.

The fleet of flying robots was developed by researchers led by Imperial College London and Empa, the Swiss Federal Laboratories of Materials Science and Technology. The drones work together to deposit layers of material guided by a digital blueprint, adapting movements as they go.

The swarm consists of BuilDrones, which 3D print during flight, and quality-controlling ScanDrones, which continually measure the BuilDrones’ output to inform and adapt their behaviour to meet the specifications to within 5mm. The vehicles are fully autonomous while flying but are also monitored by a human controller who can intervene if necessary, based on the information provided by the drones. 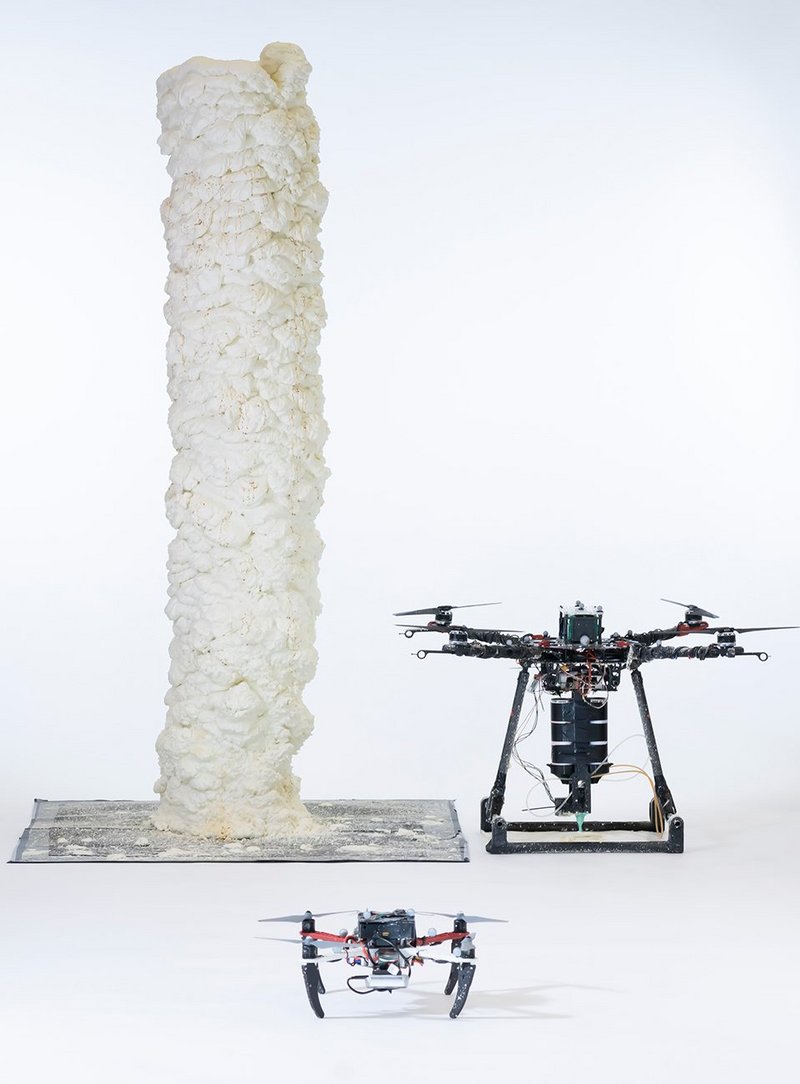 According to Mirko Kovac, professor at Imperial’s Department of Aeronautics and Empa's Materials and Technology Center of Robotics, the earliest applications for drone builders are likely to be for construction progress scanning and repair. He says the team is ‘already working on commercial applications’ for this.

‘We can already see repair tasks in outdoor conditions,’ he told RIBAJ. ‘Many aspects of our aerial additive manufacturing (Aerial-AM) framework will be available on the market in about two-to-three years.’

Aerial-AM uses both a 3D printing and path-planning framework to enable drones to adapt to variations in the geometry of a structure as the build progresses.

The researchers are now working with industrial partners to validate the system, with the belief it will provide significant cost savings and reduce access risks compared to traditional construction methods. 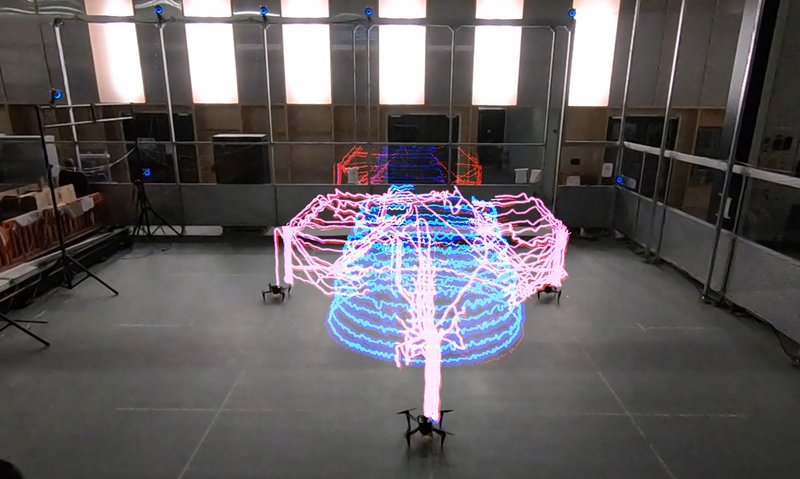 But Kovac says there are still key technical challenges that need to be overcome. These include mechatronics – how to build and design the drones; control and autonomy – how to precisely control extrusion; swarm control – how agents share construction tasks; material design – how to design the extruded material; and architecture – what can actually be built by a swarm.