Natural and recycled insulation is emerging from its niche as, post Grenfell, people look beyond cost and performance to sustainability and safety

Most clients never used to give a second thought to insulation. Why would they? It was one of the most mundane and least visible elements of a building. But since Grenfell, clients and building users have quite rightly been questioning what lies within and on the walls. As Trish Andrews of the Centre for Alternative Technology (CAT) says: ‘This has suddenly become something that could affect your life.’

Events have the power to shift debate, if not policy. The industry’s conversation about insulation, which previously centred almost entirely on thermal performance and cost, now focusses on fire safety. It is going further to encompass such factors as human health and wellbeing and environmental impact.

When that happens, oil-derived materials become less attractive and natural or recycled options come to the fore.

Materials such as wood fibre, sheep’s wool, hemp, recycled newspaper and even discarded denim jeans have been used to insulate one-off eco-homes and bigger sustainable projects for years. They have a successful track record in buildings like CAT’s own Wales Institute for Sustainable Education, constructed using hemp/lime, and can match the competition, argues Andrews: ‘Products like sheep’s wool are not far off the U-values of some non-organic materials.’

But these alternative products always seem to be on the cusp of making the transition from eco-project to mainstream, never quite able to make the decisive break into a market dominated by big name manufacturers and major housebuilder customers. Like many eco-products, natural insulation has been subject to the vicissitudes of government policymaking. ‘We were just on the edge of having leading environmental standards in housing, but now students coming to us don’t even know about the Code for Sustainable Homes,’ says Andrews, who is senior lecturer and studio tutor at CAT’s graduate school of the environment.

As a result, alternative insulation materials have not yet been integrated into construction regulation, documentation and practice. ‘There are no standard details in the Building Regs covering the use of natural insulation,’ says Andrews. ‘We’ve got regs for Passivhaus design now, and it’s very important that is tackled, but that relates predominantly to energy consumption. We still need to talk about renewable materials and the impact of materials on health and human toxicity. We need to talk about the ozone depleting substances in some materials. There’s a need for product labelling and easy guides, to show the impact of our decisions.'

In the absence of this guidance, it falls to others to plug the knowledge gap. Gary Newman, executive chair of the Alliance for Sustainable Building Products (ASBP), says his organisation sees natural insulation as having eight functions, including its hygroscopic characteristics in absorbing and releasing water, which help to minimise the risk of condensation and allied health impacts. ‘We should be using these materials because they are a better solution, rather than because they are green,’ he contends, believing that this case will strengthen as understanding of building performance grows.

Growing success
While the UK government has lost its appetite for sustainable building, action continues away from Westminster, not least in initiatives like the Welsh government’s innovative housing programme. Of the 20 projects in its first phase, some will be constructed using locally grown timber frame and allied products, including wood-fibre insulation. The programme will deliver homes and learning on such factors as cost, building performance and health and well­being. But importantly these projects will also generate local employment and could help to develop production capability for a sector that often relies on costly overseas production and a precious natural resource. As Newman points out, ‘Global demand for timber is expected to treble in 30 years’, and with only 14% forest cover, Wales has capacity for expansion.

Projects include a three storey block of 26 apartments in Newtown, which will be Powys County Council’s first council homes for three decades. The council has introduced a wood encouragement policy, which prioritises timber for construction and fit-out on council housing projects. It is also a partner in the Home-Grown Homes project, an initiative managed by Woodknowledge Wales that aims to improve the business case for timber construction. In the village of Llanbedr Dyffryn Clwyd, near Ruthin, housebuilder Williams Homes is working with housing association Pennaf Housing on a scheme of 36 houses and bungalows. The homes, designed by Simon Hall Architecture, will have an array of environmental features, including wood-fibre insulation. Although the scheme is part of an innovation programme, Williams Homes director Owain Williams says this is nothing new to him. ‘I have been using natural wood fibre as insulation for years,’ he asserts. ‘Using natural, low carbon materials is in our company DNA and we are committed to reducing embodied carbon in construction.'

The legacy of buildings constructed using these materials is making its own case. The Enterprise Centre at the University of East Anglia was a landmark in sustainable design: Passivhaus, BREEAM Outstanding and packed with natural and bio-renewable materials sourced through local supply chains. Some three years on from completion, the project has just been put through post-occupancy assessment by its architect Architype, and emerged with flying colours. ‘We knew the energy use would be good, but the feedback from users was also from the point of view of air quality, natural light and space,’ says Architype director Ben Humphries. The project used recycled newspaper insulation, after cost constraints forced it to abandon plans to use locally sourced hemp. Newspaper insulation is a material the practice uses regularly, largely because, says Humphries, ‘It is very good in terms of embodied carbon and hygroscopic performance and tends to be better on cost than hemp or sheep’s wool.’ It also has good fire performance, thanks to the addition of a fire retardant such as boron, a point Humphries sometimes has to emphasise to sceptical clients.

Materials such as wood fibre, sheep’s wool, hemp, recycled newspaper and even discarded denim jeans have been used to insulate one-off eco-homes

Widening acceptance
There are, however, still projects where low budgets make it difficult to incorporate natural insulation, reveals Humphries, notably Education and Skills Funding Agency (ESFA) schools. ‘We’ve had conversations with the ESFA about it. These are exactly the locations where we should be using non-toxic materials.’

That said, Humphries believes natural insulation is making headway in the market. ‘It wasn’t so long ago that recycled newsprint insulation was called wacky, but now its qualities are recognised. Although insulation is locked away, we’re seeing greater public and client awareness, especially in areas such as working environments. We’re increasingly seeing it in client requirements,’ he says, adding, ‘I see it taking the same track as sustainable timber – 20 years ago, no-one required timber to have Forest Stewardship Council (FSC) or PEFC certification, but now it is the norm.‘

Unusually, the architect is even applying recycled paper insulation on two masonry projects. Appropriately, a paper archive for the Imperial War Museum in Duxford, now under construction, has a block structure with an external insulation layer, while an upcoming concrete framed school in Machynlleth will have paper insulation and a timber framework.

Further innovation is emerging, with a number of products capturing the attention of the media and the market. One of the best known comes from Biohm, a start-up that spent two years exploring biomimicry and bio-based materials, including mycelium fungus-based products for a range of applications. So far its emerging products include an insulating board material, known as Orb (Organic Refuse Biocompound) for interior architecture and drylining, which is made using food and/or agriculture waste and achieves a variety of colours and finishes, as well as mycelium-based thermal insulation. ‘We’re moving from the aesthetic to the functional,’ explains the firm’s founder and director of innovation Ehab Sayed.

Biohm is aiming to literally grow insulation in 100% circular – zero waste – facilities, potentially housed in a converted barn in Wales and an old paper mill in Somerset, from where it will initially produce enough to supply demand for 20 homes a month. Production facilities are intended to be ‘community owned and community led,’ says Sayed. ‘They would provide jobs for the community, resources for local architects and designers, and recreational spaces and cafés, which would also sell the manufacturing facilities’ only by-product, mushrooms.’

Before this can happen, the product has to go through further testing and pilot projects. But Biohm’s progress to date exemplifies the barriers to be negotiated in trying to change the status quo. ‘It has been really challenging,’ stresses Sayed. ‘We know we can go beyond regulations, but it’s a question of finding the standard to meet. We couldn’t test the product against an existing standard so we want to work with BSI to create one.’ That could cost up to £100,000, and as Biohm is self-funded it is considering crowdfunding to secure the necessary finance.

Nonetheless Sayed mentions numerous industry names – including a major housebuilder, contractor and client – that are interested in using the product. ‘People are becoming much more open minded,’ he says. Perhaps that is an indication that the debate is shifting. 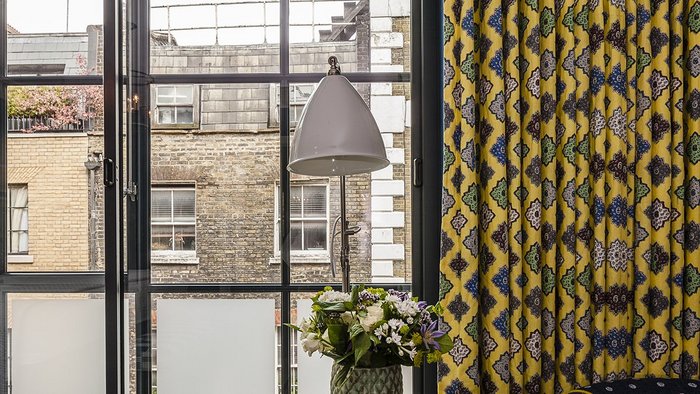 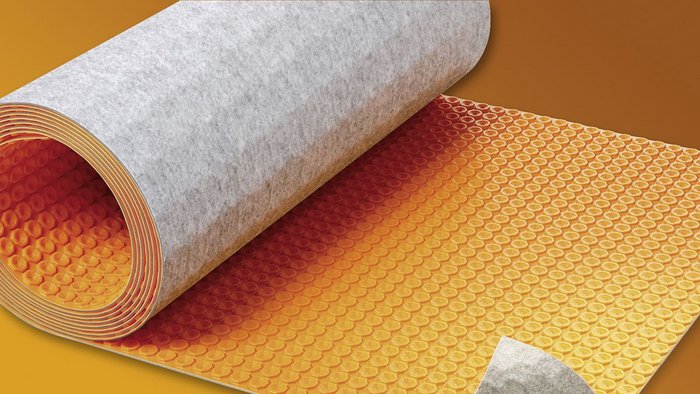 In association with Schlüter Systems 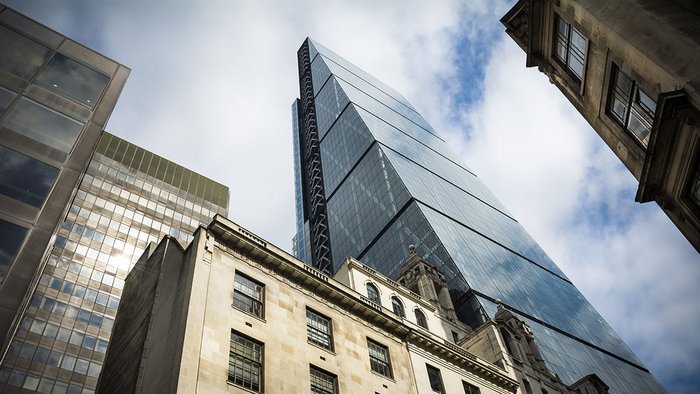 In association with Guardian Glass