For an awards scheme looking for the best use of galvanising in architecture, it seems like architects are in the minority

It might not be the YAYAs but this year’s GAGAs (the Galvanisers Awards) are still turning up some lovely work. RIBAJ has been involved in the judging for the last few years and this year, the last architecture category winner, Stephen Taylor, was on the panel to bring his expertise to the process- something which resulted in the creation of a special category to give an accolade for galvanising in the landscape. Here’s a brief slideshow of the 2014 winners of the coveted engraved watering cans... 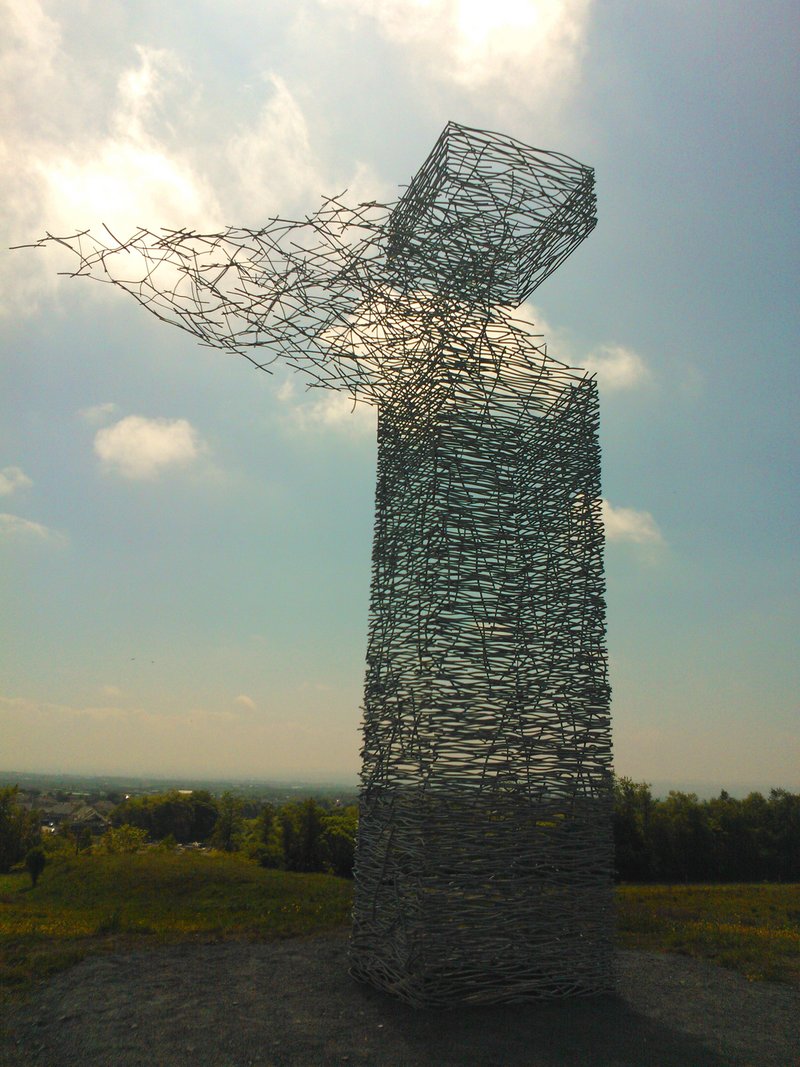 A 6m high game of Jack Straws commissioned by the Scottish Forestry Commission on its land in Scotland.  Skytower’s  galvanised twigs, caught in the process it would appear, of succumbing to the gusts that blow across the North Lanarkshire landscape, struck the judges with it raw power. As a sculpture it embodied more of architecture than any of the other built schemes. 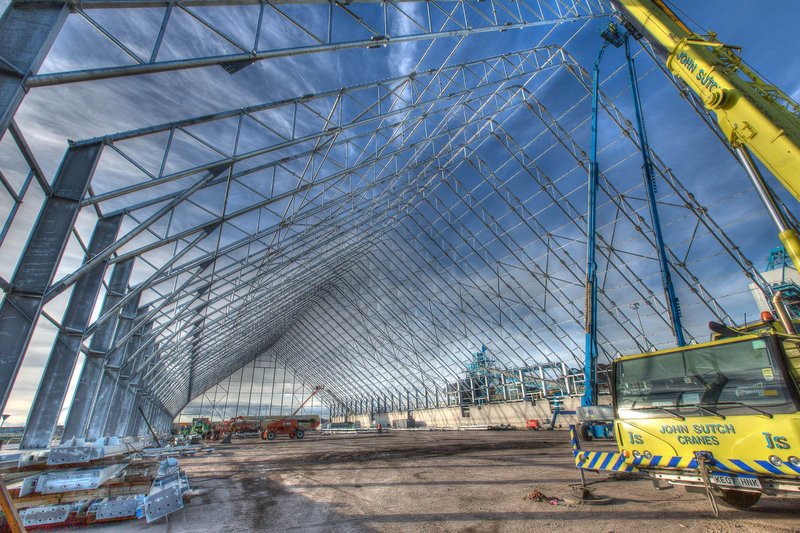 1200 tonnes of steel went into designing this incredibly light-looking biomass fuel store just 150m from the Irish Sea coast. If the fineness of the structure itself wasn’t enough, the roof line follows the angle of repose of the biomass fuel pumped by conveyor belt into the facility. Covered in a fine, seamless fabric skin, completely devoid of guttering details, this building has an almost elemental impact on the landscape. 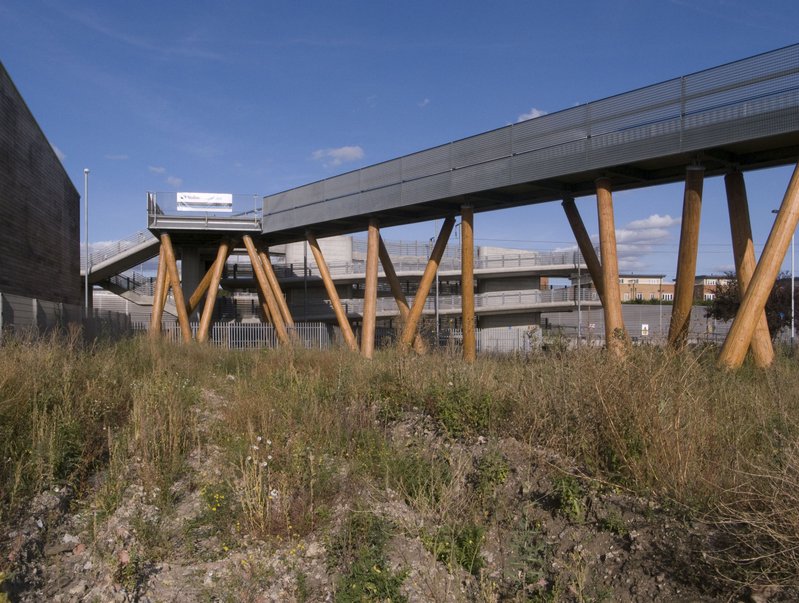 Galvanising in the Landscape

The Rainham Trackway is a new foot and cycle bridge connecting the HS1 bridge with the marshes. This could have been dealt with prosaically, but in the hands of this architect/ engineer pair, it has been turned into a thing of beauty. Over its 200m length it is a finely detailed galvanised steel elevated deck on timber struts, with a viewing platform, sinking into an earth embankment as it approaches the land 8m below- all deftly integrating into the landscape. 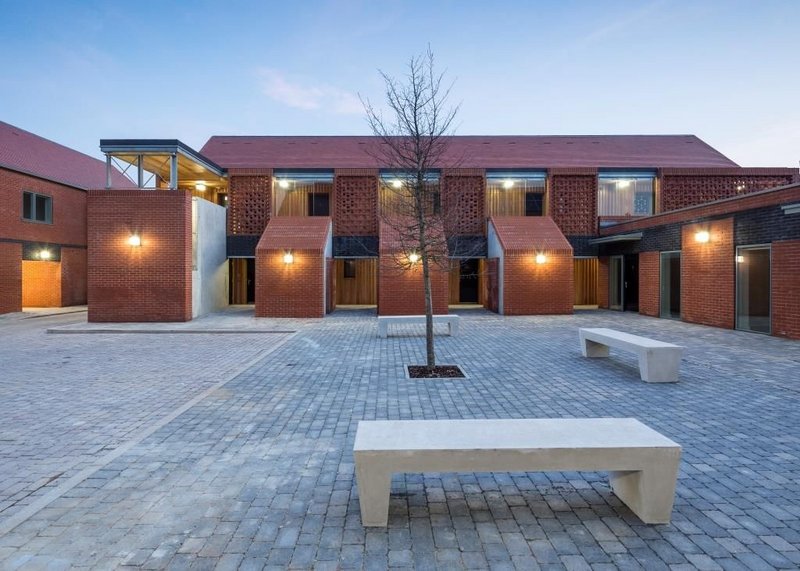 It might be emergency housing for the homeless, but this temporary shelter scheme in Colchester puts a lot of what goes up as normal housing to shame. Galvanising here sublimates to an almost symbolic purpose, shoring up openings in the upper level walkway and the stairs that access them; but in doing so, making reference to whole other levels of support. 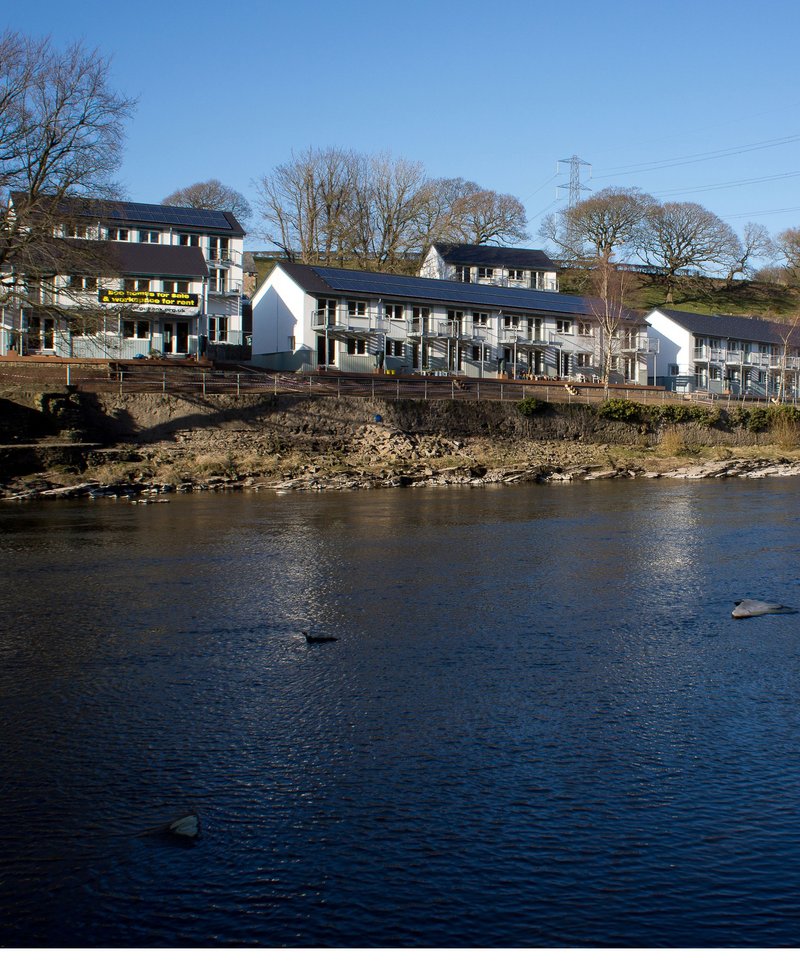 This exemplary owner-occupied eco housing project evolved with the participation of the architects with all 41 of the eventual residents. The aim was to design a neighbourhood based on the highest Passivhaus and ecological values. All of the homes are Code for Sustainable Homes Level 6, are Lifetime Homes, and along with their copious amounts of galvanised detailing, have been built for a generous 100-year life. 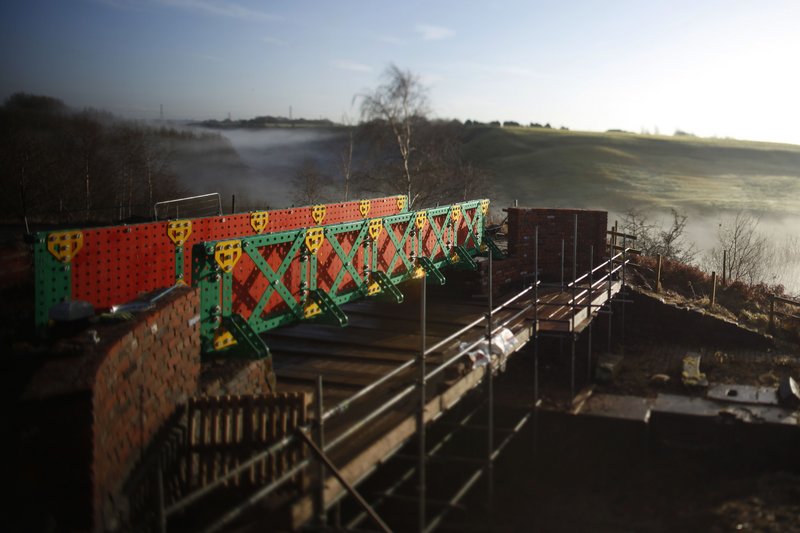 The idea of painting galvanising would seem anathema to your average form follows function Modernist, but with this project it is an implicit and necessary part of the design. Artist Liam Curtin went back to his childhood to cross this site at the Manchester, Bury & Bolton canal, coming up with a design that not only made those memories a full-scale reality, but which involved a happy local community to build it. 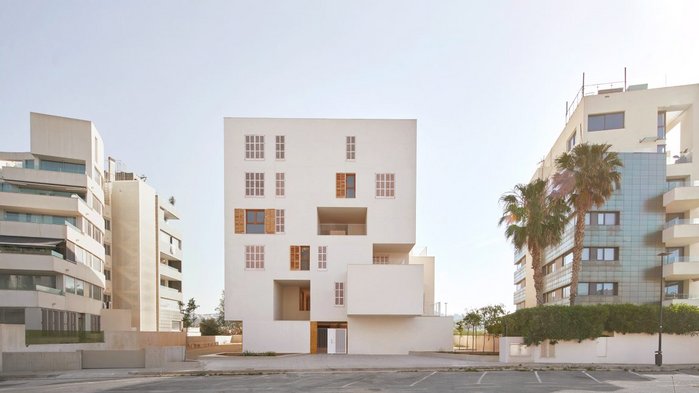 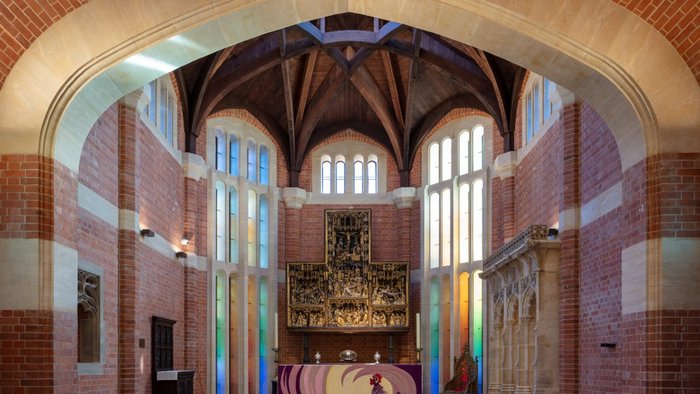